Breaking
Doug Flutie Maximum Football 2020 Review: The Good,...
How To Delegate Effectively
Stock Market: Two New Trends Shaping Next Buying...
European Commission Legislative Package For Cryptoassets Leaves No...
Apple iOS 14.0.1 Release: Should You Upgrade?
Social Media Marketing Consulting
What You Need To Know About Your Startup...
Governor Signs Landmark Student Loan Borrower Protection Bill...
Reddit Co-Founder Alexis Ohanian Plans $150 Million Investment...
This Week In XR: Enterprise Adoption And Financing...
The Disadvantages Of Aging In Place
How Advances In Customer Service Can Take Telehealth...
5 Reasons Why Your Startup Needs To Be...
Beyond-Professional: What Is The New Workplace Normal?
Manufacturing In The U.S. Is On The Cusp...
After 75% Rally, Johnson Controls Stock Looks Fully...
Home Business Retail Tech Decade in Review: 2014
Business 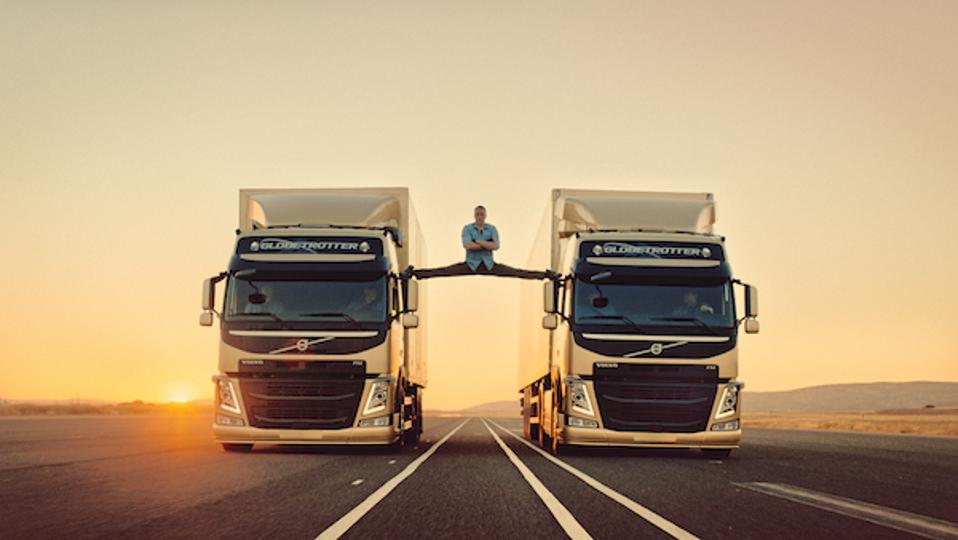 In the year where the Great Recession was five years in the past, retailers were finally turning their attention from reacting and recovering from the recession to tackling the next big challenge.

Actually, 2014 saw many significant shifts in the retail tech landscape. It was the first time that cloud as a deployment model got taken seriously. It saw the first insights into Gen Z (where the eldest of them were finally old enough to be surveyed). CMOs started fighting for their rightful place as a full member of the executive team – just as retailers started grappling with who – beyond the CEO – should own the customer experience. And omnichannel strategy moved from a focus on marketing and “one face to the customer” to supply chain challenges in actually keeping those promises.

Other notable topics from 2014: Edward Snowden’s flight from the US created stir and concern among retailers about how to handle consumer data privacy. Amazon was trying to conquer the grocery realm through subscription-based shipping. They also put out a bunch of weird patents like “anticipatory shipping”. Online video in retail was a thing – remember Volvo’s dynamic steering YouTube video with Claude Van Damme? 2014 was the year that went viral. And the EMV liability shift for the US was looming.

But there were other things that happened, that are still happening today. The top ten that I wrote about, in chronological order:

At a time when retailers are struggling to redefine the role of the store employee (as consumers become better armed with information), being able to make every store employee as well-informed as your best employee on any topic is going to be an important differentiator.

I have long advocated for a redefined role for the store employee in retail. Still advocating for that today. Retailers are trapped in a sub-optimization here, where they have cut labor in stores to the bone, and cut training too, to the point where yes, adding more employees who are paid rock-bottom and are treated as disposable sink-or-swim warm bodies will not yield a return on the investment. But Apple – let alone Costco or The Container Store – has proven that if you invest more in wages, hours, AND training, you can get a significant ROI out of that. It will just take some courage to experiment before any other retailer happens to figure that out too.

Marketing is becoming much more important than it has been in the past. In part because it is the organization that is responsible for defining and communicating the retailer’s brand promise, and in part because as it becomes the owner of customer data, it stands the greatest chance of becoming the owner of customer insights. And from there comes the strategy required to act on those insights.

2014 was the first year where the CMO made a critical power play in the organization, to supersede (in some cases) where product was king. There’s a new player in town today, though, which recognizes that today’s marketing (and customer experience, for that matter) is impossible without technology – that would be the Chief Digital Officer.

The reality of retail IT is that it is too slow, and the backlog is too big, and it’s no surprise that historically marketing did their best to ditch the corporate IT method of implementation because their customers weren’t going to wait around and neither could they. But the answer is not to force marketing to get back in line, it’s to invest to make IT far more agile and responsive, so that it can keep up with the pace of change that marketing demands – because ultimately, that pace of change is going to infect other parts of the business too.

And so they have. But retailers today are still struggling with customer experience challenges too.

If six out of every ten consumer dollars spent in stores really is influenced by the web in some way, it means that the majority of product research behavior has shifted to online. If your store experience is built around product research, digitizing that experience doesn’t actually help customers.

This was acknowledging research put out by Forrester, which found that about 60% of all in-store purchases had been influenced by digital in some form another. It was a controversial and widely circulated statistic at the time, one that I still see quoted today.

I think it’s a mistake for retailers to think that online social engagement translates into a Gen Z preference for online. In my experience, I’ve found the opposite. The kids I see value in-person experiences even more, because they have the contrast to the less-than-ideal digital experiences. They don’t take them for granted. Skype is cool, but not as cool as in person. If all you’ve got is Skype, then fine. But given a choice, the Gen Zers I know would absolutely prefer to hang out together than online.

I still see way too many retailers focused on selling stuff, rather than solving problems. I understand that it’s difficult to get away from a focus on selling stuff, but especially in today’s world when more and more consumers are emphasizing buying less stuff, a retailer who can solve consumers’ problems has the best chance at maintaining an increasing slice of a decreasing pie.

Omni-channel is not, as you might believe, all about merging channels into one cohesive brand experience from the customer’s perspective. If you are pursuing omni-channel strategies with that thought in mind, I’m here to tell you that you’re going about it the wrong way. Omni-channel is about customer centricity. Putting the customer at the center of the business, and redesigning your business from that center outward to enable a consistent experience through whichever touchpoints that customer chooses to use to engage with you.

If you don’t get what the difference is, contact me.

If the retailer’s executive team – from CEO to all the business leads through to the IT leader – is not committed to the discipline it takes to gain all of the benefits of cloud, then no amount of money in a business case is going to change their mind.

This is still true today, and I still encounter retailers – albeit fewer of them – who stick to the idea that they want on-prem, they want to control when things change and what they customize and they want to squeeze every last penny of amortization out of their IT investments. But there are fewer of them because they are a dying breed. I have seen no proof that a retailer can keep up with the speed of the consumer today without the benefit of cloud delivery.

The more sophisticated retailers become in turning online analytics into shopper insights, the more pathetic the information that trickles out of stores appears to be in comparison. Stores are too much of an investment and cost too much to operate to run them in the black hole of information that they increasingly appear to be in – especially compared to online. The store experience is suffering, and retailers need real information, not corporate myths about what they think is happening, in order to respond.

There was one thing that happened that I would not call timeless, but rather serves as a timely reminder of the impact of the tech titans in our lives: Google acquired Nest in 2014, much to the consternation of many Nest owners. As a bonus, this is what I wrote about that:

Why is Amazon okay and Google not? The answer lies in how these companies choose to use their data. Amazon is using it to make my life as a customer more convenient. When they make my life more convenient, I tend to give them more of my business, and theoretically, Amazon will make money from that (assuming the whole loss leader thing isn’t true).

But with Google, they offer services that theoretically are convenient – free Gmail, Google Docs, Google Drive, etc. – but in return they make money by selling my data to literally the highest bidder. Maybe not explicitly selling my data, but using what they know about me to solicit advertising money from businesses trying to reach people like me. What’s missing from that equation is my vote in what I want to receive.

it won’t be long before we forget, once again, that companies are collecting a hell of a lot of data about us and we don’t have much say in what’s collected, how long it’s kept, or what they do with it.

But for retailers watching the battle of these behemoths, and who’s winning the perception war – it’s worth learning something from the fact that even though these two companies are basically doing the exact same thing for the exact same profit motivations, for consumers, one is OK. And the other is not.