Breaking
How to Run Nonprofit Marketing Ads
Entrepreneurs Are Bringing Transparency To Home Buying And...
Best Incentive To Get Vaccinated: Money, Messaging, Or...
Page Level Query Analysis at Scale with Google...
How A CIO Can Align IT With Business...
Blogger of the Month: Jo, Girl Eats World
6 Things Women In Business Know That Men...
How to Use First-Party Data for Ad Personalization
Pressing Reset—Putting A Fallen Unicorn Back On Its...
How We Went Viral: Promoting Content with Influencers,...
Blame Olympic Record Price Tag For Return To...
Apple iOS 14.5 Release: Should You Upgrade?
How to Come up with Podcast Topics and...
Why Gaming Gear Company Razer Launched A $50...
Technical SEO Implementations to Increase the Impact of...
30 Brilliant Ways to Market Your Eco-Friendly Shopify...
Home Technology Revealed: 117 New Emoji For iPhone & Android With Some You’ll Hanker For Right Now
Technology

Revealed: 117 New Emoji For iPhone & Android With Some You’ll Hanker For Right Now

What’s your dream emoji? The one you wish existed but doesn’t? Maybe it’s among the 117 revealed today by the Unicode Consortium. That total figure comprises 62 all-new emoji plus 55 variants which show different skin tones and genders. 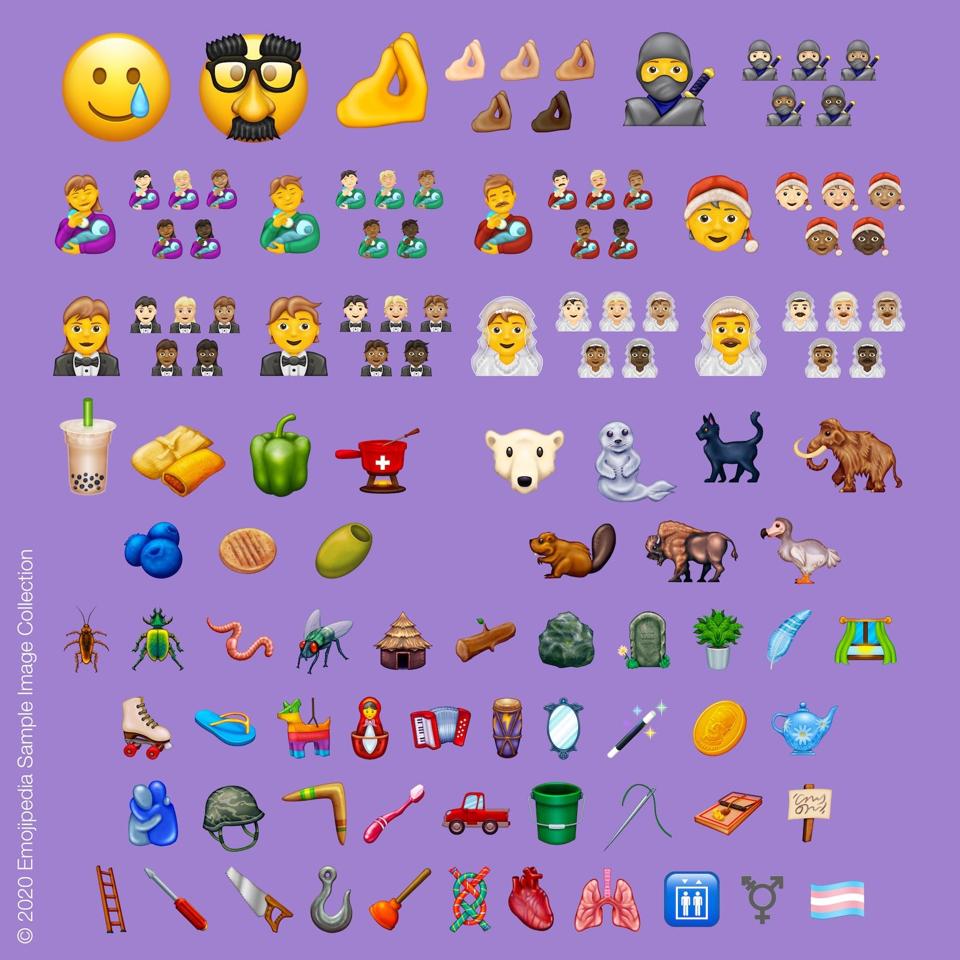 Some of the new emoji coming this year.

Today’s announcement is just the beginning, confirming the new items which have made the cut to be in v13.0. In July, it’ll be World Emoji Day all over again, which is usually when Apple reveals exactly what its versions of these 117 beauties will look like. The Apple editions usually offer an elegant and detailed take on each item, and I’ll come back to them when they’re announced, but for now, the Unicode versions are pretty sophisticated.

Here’s all you need to know.

For a full list of all the emoji, with great graphics and neat layout, Emojipedia, appropriately enough, is the place to turn. 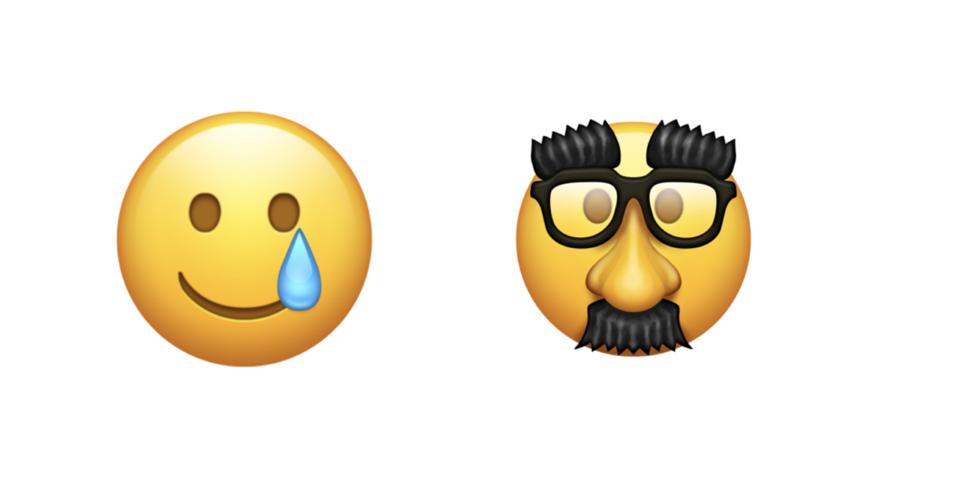 The smiley is the heart of the emoji world, so it’s pretty well-covered already. As such, maybe it’s no surprise there are only two new smiley emoji this year. But they manage to delight, anyway.

First, there’s smiling face with tear. Oh, the sweet sorrow of crying with happiness or a regretful smile that brings a tear to the eye. Plenty of uses for this one when you’re missing someone, or saying goodbye, for instance.

Then, the disguised face. Just look at the wit of the Groucho Marx eyebrows and mustache with false nose and glasses. It can’t really deceive anyone, can it? Although, Clark Kent fooled Lois Lane with less.

What I like about this emoji is the eyes, the way they seem to say, “Yes, I think I’m getting away with this.”

These are pretty cool. A woman in a tuxedo is already supported, so why not a man in a wedding veil? Both are available in multiple skin tones. Then a parent feeding a baby is, of course, available in male, female and a more neutral person version. With various skin tones. 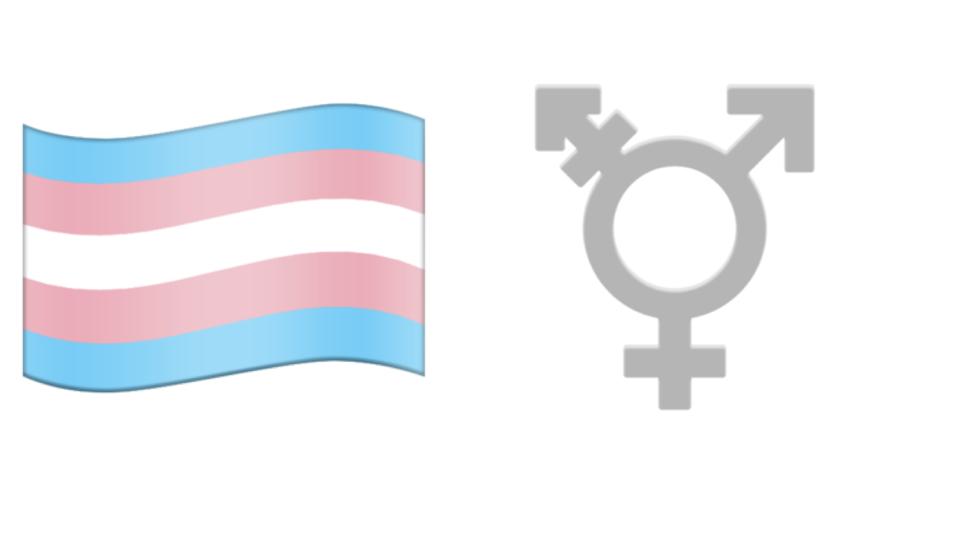 There’s also a new flag, the transgender flag, plus a new symbol, the transgender symbol. For both of which it’s slightly surprising that these items weren’t there already, but, better late…

Oh, and how about a Santa Claus who’s gender-inclusive? As an alternative to Santa and Mrs. Claus emoji, Mx. Claus is here.

Emoji animals are always a treat and this time there’s almost a dozen from beetle, cockroach and fly to the cuddlier-looking seal, beaver, black cat and polar bear. There are even two extinct animals, so you can describe someone as behind the times in more ways than dinosaur. That’s because of the mammoth and dodo. At last, a teapot

Seriously, how has there not been a teapot already? I know, I’m British, so I’m probably biased, but it’s surely one of the most essential way-of-life indicators. Shorthand for tea-and-sympathy, it defines how emoji should work – a simple, unmistakable shorthand image that says much more.

The new emoji also include bell pepper, tamale, bubble tea and fondue. There’s even bubble tea! So much sophistication and we’re only getting to the teapot now? 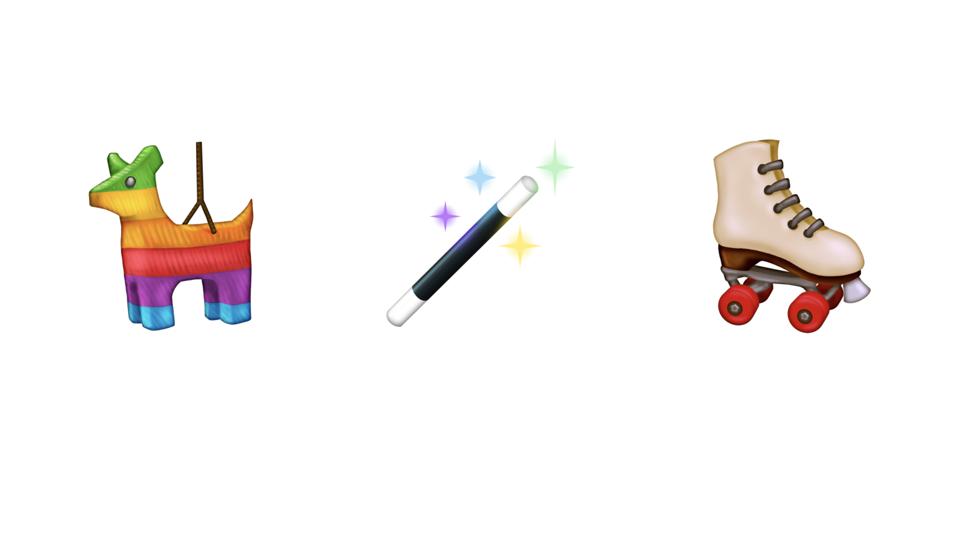 I’m only scratching the surface here. You need to check them out for yourself. But I particularly like the mousetrap, placard, piñata and, best of all, the roller skate. I mean, how useful is that? It stands for everything from gentle encouragement to hurry up right through to those whimsical night-on-the-town moments.

Oh, and there’s a magic wand. So useful, so versatile. Again, how have we managed without it until now?

More on Forbes: Apple Watch Series 6: Everything We Know So Far [Updated]

AirPods Pro: Update May Not Have Affected Noise-Canceling After All [Updated]

Rihanna’s Former Chinatown Penthouse Is Back On The Market For $15.95 Million