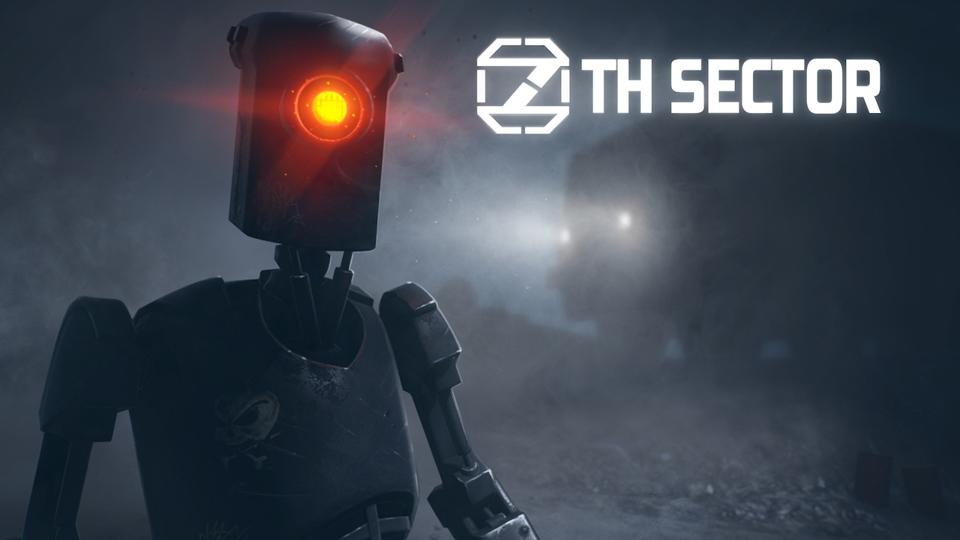 Don’t be too put off by this primary promo shot for ‘7th Sector’ – the game’s a real surprise … [+] package.

Of the many dystopian games I’ve played over the last ten years, 7th Sector is one that’ll stay in my head the longest. It’s not that it’s the very best game of its genre, or one that pushes countless boundaries, but the sum of its parts creates one of the most intriguing and captivating worlds in years, however brief the experience it may be.

The game is the brainchild of Unity developer Sergey Noskov, who initially conceived 7th Sector as “a short arcade game without an in-depth plot and semantic load”. However, as he got more invested, Noskov saw “the project [grow] into a full-fledged story with a thoughtful game world, the elements of which are not always obvious at first glance”.

He’s not wrong. His name, in retrospect, provides an early clue as to what to expect: a strongly Russified adventure, though one that plays up to that classic Western, Cold-War propagandist warning of a society that has surrendered to totalitarianism, technology and terror.

Yet what you don’t expect is how the game actually plays out, even after watching its deeply atmospheric trailer. The genius, bright-spark creator of 7th Sector uses another, literal bright spark to channel the game’s atmosphere, gameplay and emotional depth.

I’ll go out on a limb and bet that plenty of players and critics will initially tar this 2.5D puzzler with the Limbo brush, but aside from its palette and penchant for trial-and-error gameplay, it’s a bit of a lazy comparison.

Instead, it feels more like the world of Papers, Please distilled into Half-Life 2, had Gordon Freeman never escaped Black Mesa: the post-apocalyptic, hyper-technological Eastern Bloc vibe of City 17, but one entirely devoid of hope. And in place of Limbo’s white-eyed boy, you start as static in a TV with no idea of who you are or what you’re doing. It’s up to you to suss it out. 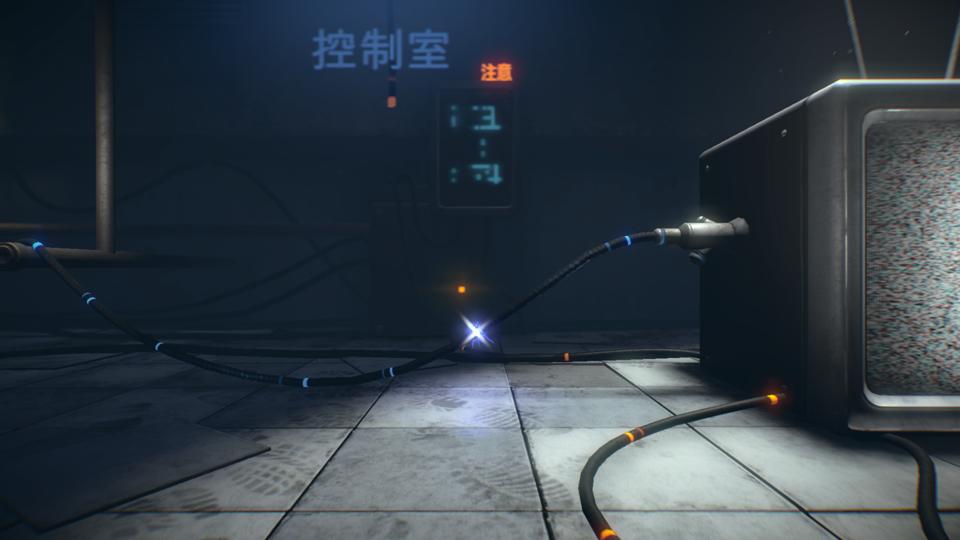 You hold one button and bam, the TV goes dead and the spark appears. From here, the game relies on three core controls: directions to move you along the game’s various rails (predominantly wires); a button to switch between contact points; and a button to increase your speed, which provides an early indicator that timing is vital to future success.

I don’t know how, but within minutes, this tiny flash on your screen develops a greater personality than Limbo boy and Freeman combined–this might not sound like it’s saying much, but it’s not even slightly anthropomorphic. The world around you, plunged into perpetual darkness and overwhelming sadness, descends into a much worse state of affairs as you progress through countless, increasingly difficult puzzles to help you on your merry way.

It starts simple, with electrical boxes that require you to get their voltage up to 220V. At first, it seems straightforward enough: add and subtract until you get it right. Then the next one doesn’t mark what each button’s volt value is. Then the sum gets harder. Then another puzzle introduces itself to the mix. 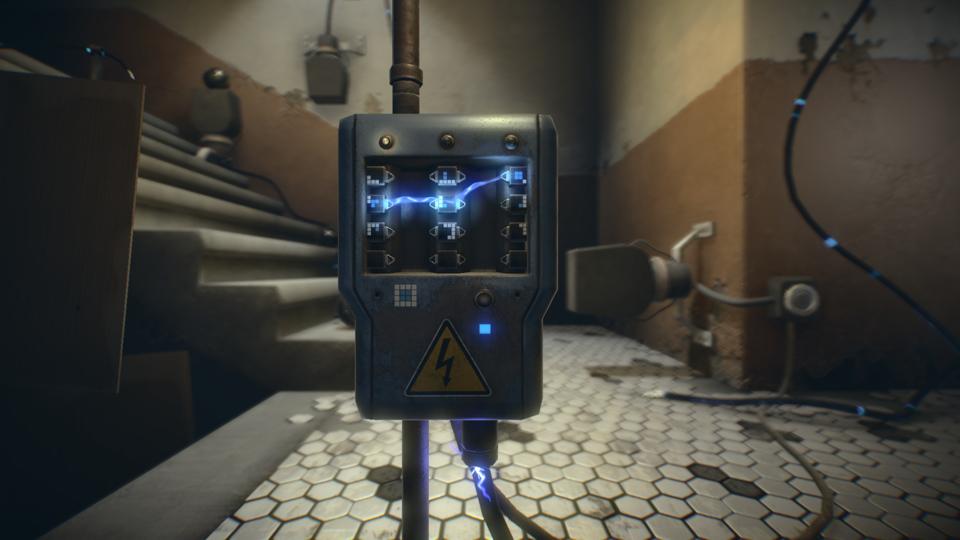 Puzzles are plentiful, and some are much harder than others.

Then you’ll notice, on your tenth failed attempt at a puzzle, that there’s a dead man in a bath filled with bloody water.

But hope returns as you move on. 7th Sector’s living, breathing world subtly reminds you that all’s not lost; you’ll see a child sleeping soundly in his bed, or a loved-up couple casting their shadow against a window. Then a man will get electrocuted, but shortly after, a puzzle will feel actively curated by an absent supporter, invisibly willing you to succeed in your quest to… get wherever you’re going.

You’ll endure a weird feeling of sentience through a remote-controlled car, or via a toy orb you’ll slowly realize is magnetic, once you figure out how to activate that feature through that overriding ethic of “try, try and try again”. To say more than this would ruin the game as a whole, but this still only captures the first 45 minutes of a seven-hour epic that unfolds into a truly eye-opening and surprisingly stunning game. 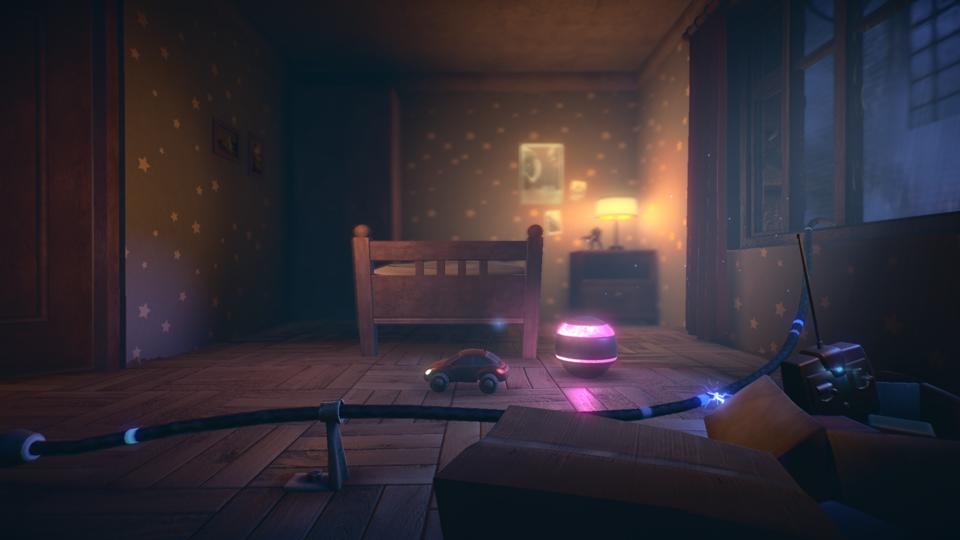 Some parts of ‘7th Sector’ can be simultaneously beautiful and intimidating.

It’s not without its faults: the controls aren’t perfect; puzzles can be genuinely tough if you fail to get the logic; if you hate stealth, you’ll discover sections that might have you defenestrating your controller; and it does feel like it slows down at the end.

But while some may feel that $19.99 is a bit expensive for an indie title, 7th Sector gives you much more than money’s worth. Just give it the time it deserves to prove its Asimovian concept, because it’s excellent.

7th Sector is available now on Xbox One (version tested), Nintendo Switch and PS4 for $19.99. Gamers can also catch up via Steam, following its March 2019 release on PC.

Disclaimer: I was provided with a copy of 7th Sector in exchange for a fair and honest review.

Don’t Believe These 5 Myths About The Big Bang

After Glenn Robinson And Alec Burks Are Traded To Philadelphia, Can The Golden State Warriors Duck The Repeater Tax?