Breaking
The Impact of Internships in Marketing
3 use cases of chatbots for critical services
How To Make Working From Home Appeal To...
Tips on How to Design an Office Space...
4 Tips To Help Build Amazing Customer Relationships
How Are US Pension Funds Responding to the...
Benefits of second-hand cars for your business
4 Reasons Why Your App Needs To Undergo...
Your Guide to Online Marketing
How to find a Solicitor in London
5 car tyre and safety tips for a...
Everything You Need to Know About Corporate Social...
Is Adaptive Leadership the Key to Motivating Employees?
Why business events are set to return with...
Business events set to return with a bang!
Expanding Internationally: 5 Things to Consider for eCommerce...
Home Business Review: Is ‘The Hurt Locker’ Worth A Digital 4K Upgrade?
Business

Review: Is ‘The Hurt Locker’ Worth A Digital 4K Upgrade? 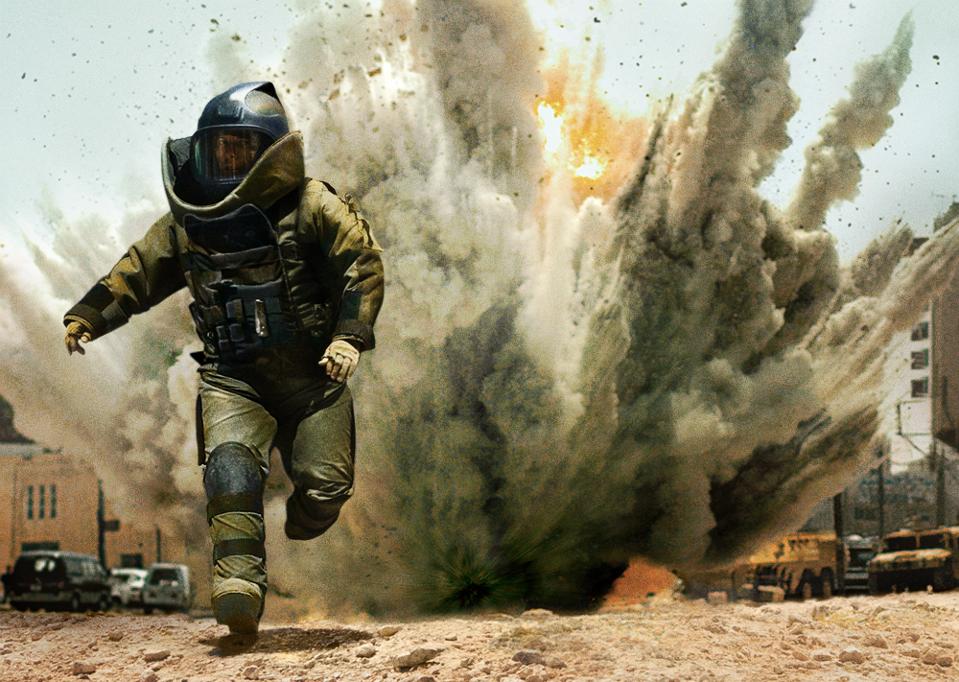 In the wake of an Academy Awards season that many felt snubbed worthy women directors (Marielle Heller and Jennifer Kent were robbed, particularly since you probably don’t know which movies they directed without having to look them up), Lionsgate picked canny timing to release an upgrade of the most awarded female-directed feature in Academy history. Kathryn Bigelow’s The Hurt Locker was a success story of the sort that Oscar loves: a former director of enjoyable B-grade actioners like Point Break and Near Dark elevating her art to seriously topical, you-are-there drama. Coming out from under the shadow of ex-husband James Cameron made the story even better; note how Greta Gerwig is the beneficiary of a similar narrative this year, albeit not all the way to Oscar. While The Hurt Locker barely made back its budget domestically ($17 million gross on a $15 million budget), it revitalized Bigelow’s career, which proceeded to Zero Dark Thirty and Detroit, and gave stars Jeremy Renner and Anthony Mackie the additional cout they needed to become Marvel superheroes.

Frankly, I’m surprised Lionsgate isn’t actually doing a new physical release for The Hurt Locker’s new 4K, with Mackie and Renner more prominently placed on the cover like it’s some new adventure of Hawkeye and the Falcon. Instead, it’s a digital-only purchase, now available — if you already own the movie, Vudu allows the purchase of an upgrade more easily than others. But should you upgrade?

First, let’s just allow that for any good cinephile, The Hurt Locker belongs in a collection. While the movie has been criticized by many service members for its procedural inaccuracies, it’s still a tense, character-driven adventure through real-world danger zones, and takes Point Break’s obsession with adrenaline junkies to a more serious, and consequential, level.

Watching it today, versus in 2008, however, is a whole different experience. In its initial run, the movie opened with a shocker: here’s Guy Pearce, the one actor you recognize…and we’re blowing him up in the opening sequence. In 2020, Renner and Mackie are the bigger stars, and rather than them coming across as every-grunt, we know them as superheroes. So it’s no surprise whatsoever now that of the three principles, Brian Geraghty is the one who gets injured. Avengers don’t die (and if they do, they mostly come back). Repeat viewings of the movie also shift the viewer’s sympathies: initially, one is inclined to side with Mackie’s Sanborn when he gets frustrated with Renner’s James for not following protocol. But once you’ve seen the movie, and know James’ unorthodox methods usually work, you’re immediately on his side when he simply tells Sanborn upfront, “You’ll get it.” James, we later learn, has defused over 800 IEDs, so of course he has no patience for some new squad telling him to be more by-the-book.

While directors like Ang Lee and Bigelow’s ex Cameron try to immerse the viewer and make them feel there with super-crisp photography and 3D, Bigelow makes the action feel reel by shooting like a documentarian. Occasional lapses in focus, grainy film, quick changes in perspective, hand-held cameras and difficulty with low light give the movie a quality akin to the reporters actually on the ground in Iraq and other war zones. The Hurt Locker was mostly shot in Super-16 on multiple cameras with micro and macro perspectives.

And this is what makes it a bad candidate for 4K, frankly. The strengths of ultra high definition as a format are all negated. Crisp clarity? The camera doesn’t stay still long enough to appreciate that. High dynamic range? Doesn’t really work when footage is intentionally grainy and simulating TV news. Richer blacks and more night visibility? Not when the night shoots are designed to not show you anything except firelight. On the plus side, the sound is great. And when the camera manages to hold on actor faces, the extra clarity works. The wound make-up in particular benefits from being all-the-way visible.

But in the end, The Hurt Locker isn’t meant to be an ultra high-definition movie any more than, say, The Blair Witch Project is. The raw and dirty aesthetic is the point, and you can only upscale that so far. If you don’t actually own The Hurt Locker, and the price difference for UHD is negligible, I can’t stop you buying what in theory is the best version. For those who already own it, however, you can easily skip this double-dip. If Criterion decides to pick it up and give it new extras, we’ll talk again then; meanwhile, the digital UHD doesn’t even come with the commentary track that the physical Blu-ray has.