Breaking
Florida Supreme Court Tells The American Bar Association...
How to Write Perfect Paid Social Media Marketing...
How To Boost Productivity In Your Small IT...
How Restaurants Can Design a More Sustainable Food...
Expenses That Small Business Owners Need to Be...
How You Can Make Saying Goodbye To The...
Biden To Meet Royal Family At Cornwall’s Eden...
It’s Going To Be Emotional — Going International...
Peer Mentoring For Students: STEM & Buds
7 PR Trends in 2021: The Story So...
Google Plans Radical New Google Pixel Smartphone Upgrade
Where Did COVID Come From?
Ride To Growth With A Business Vehicle
C3.ai’s Tom Siebel: How To Scale AI
Moz Acquired by iContact Marketing Corp
10 Examples of Brands Using TikTok Stitch and...
Home Technology Review: Sennheiser’s New True Wireless Earphones –Now With Noise Canceling
Technology 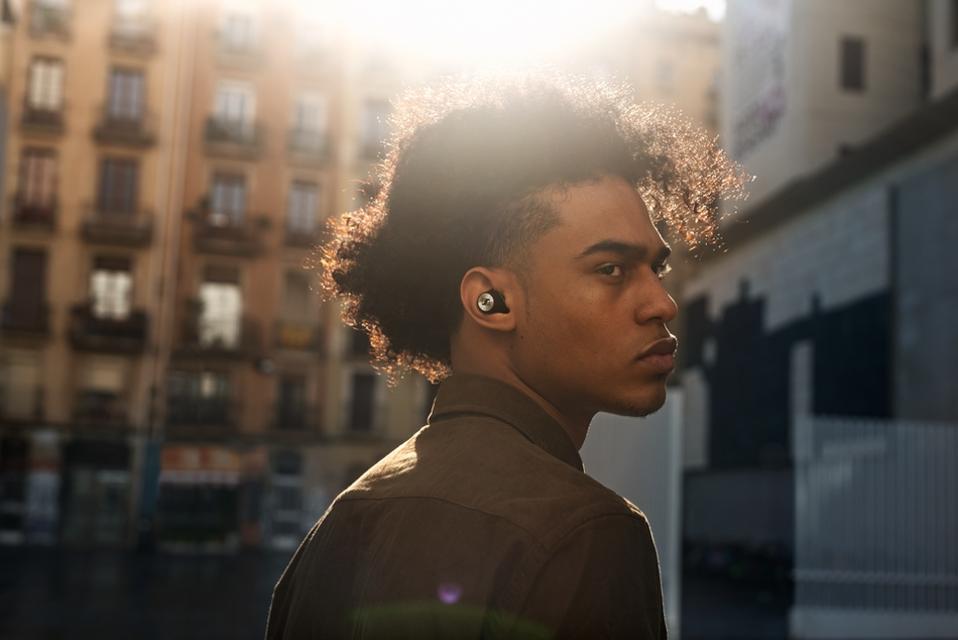 The all-new Sennheiser Momentum True Wireless 2 earphones now have more than twice the playing time … [+] of their predecessors and they’re smaller.

Just 18 months ago, Sennheiser released its long-awaited first pair of true wireless earphones to great acclaim. True wireless means pretty much what it says; the earpieces truly have no wires and you simply pop the left and right earbuds in your ears, a bit like a hearing aid, and then sit back and enjoy the music without wires.

There’s a small drawback with many true wireless earphones and that’s the relatively short playing time most of them have before they need to be recharged. This lack of power is due to their only being able to hold a relatively small rechargeable battery. Budget true wireless earphones can also be poor at making phone calls because their microphone is located in the earpiece, quite a distance from the speaker’s mouth.

The first-generation Sennheiser’s Momentum True Wireless earphones were quite a triumph. Their sound quality was exquisite – as you’d expect from Sennheiser – but the battery life was rather disappointing in real-life use, topping out at around three hours. That’s a usable amount of playing time because the earphones get topped up with power when they’re put back in their charging case. Few of us listen to our earphones for longer than an hour or so at a time during our daily commute or gym session, but for a transatlantic flight a playing time of three hours just isn’t enough. 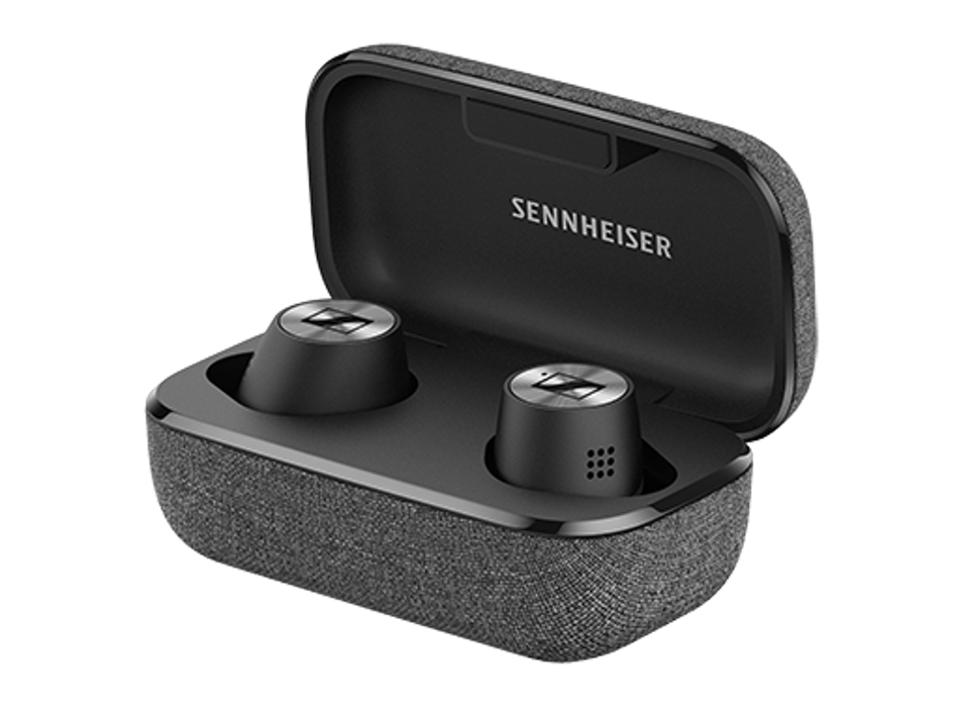 The charging case for the Sennheiser Momentum True Wireless 2 earphones has 21 hours of backup … [+] power, while the earphones can play for up to seven hours between charges.

Today Sennheiser is announcing the new Momentum True Wireless 2 earphones and I was fortunate enough to get hold of a review pair just a couple of days ago. I’ve had the chance to give them a thorough workout to see how they compare with the first-generation model and other true wireless earphones currently on the market.

The headline news with the Momentum True Wireless 2 is that the battery life has now been increased to a very acceptable seven hours. The charging case has sufficient power to top up the earphones with three full charges before the case itself needs recharging. The physical size of the earpieces has been reduced by around three millimeters despite housing a larger battery. The new earpieces feel even more comfortable and are far smaller than Sony’s WF-1000XM3.

When it comes to sound quality, these new earphones have been fitted a Sennheiser 7 mm dynamic driver, which is manufactured at the company’s headquarters in Germany. Make no mistake, these are extremely high-quality drivers and they are the reason why the sonic performance of the True Wireless 2 is a notch above many models on the market. 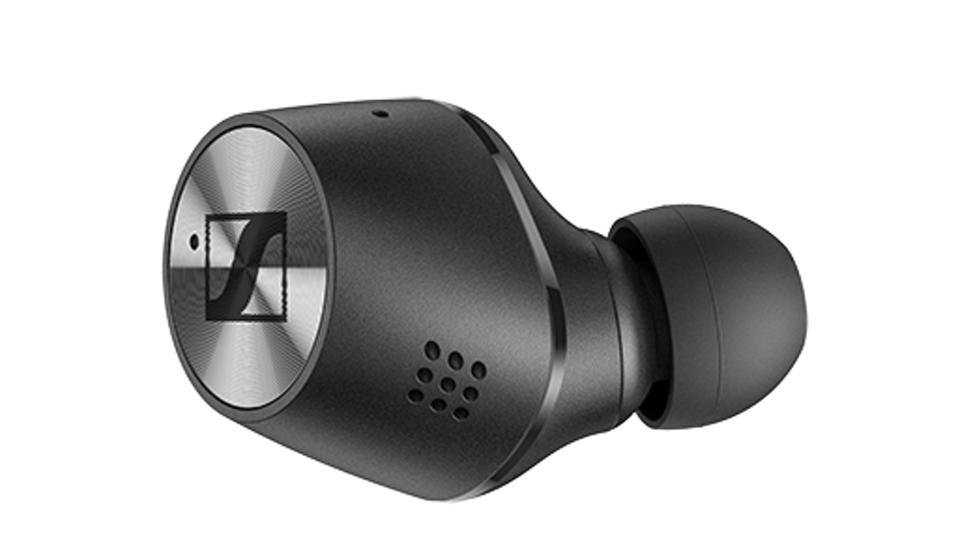 The Bluetooth version used in these earphones is the very latest 5.1 and they support the high-quality AAC and apt-X audio codecs, which makes them ideal for Android and iOS devices. If you’ve ever heard any Sennheiser Bluetooth headphones before, you’ll know the company sets the standard for others to match. There’s no hiss or breakup in the wireless signal and the sound quality is on a par with my favorite pair of true wireless earphones, Sony’s WF-1000XM3. Like the Sony WF-1000XM3, these new Sennheiser earphones feature active noise-canceling circuitry for filtering out continuous background noise like the rumble from a road surface or the sound of jet engines.

To customize the Momentum True Wireless 2 there’s a free software app available for iOS and Android and it can be used to manage the settings and update the firmware. The Smart Control app features a clean design and includes settings for customizing the EQ response for more bass or treble. Other settings include a Smart Pause feature that stops the music or video as soon as you remove an earpiece. This is great when you’re listening to a podcast or watching a movie, and someone asks you a question. Alternatively, you can use the Transparent Hearing function which let in a certain amount of sound, enabling you to hear a person talking to you or an announcement on a train. It’s also a really handy tool for eavesdroppers. 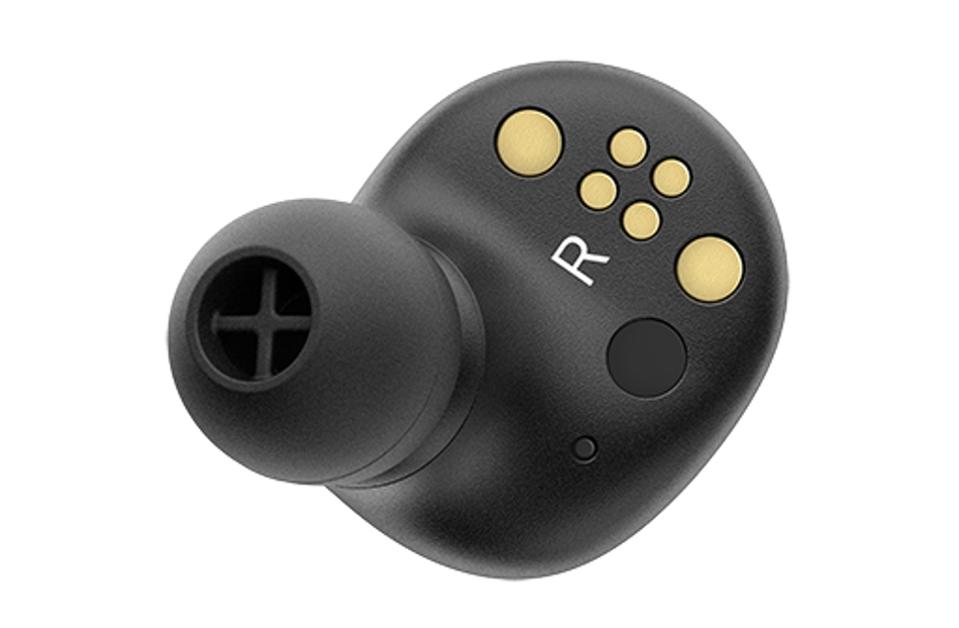 The gold-plated charging contacts ensure the Sennheiser Momentum True Wireless 2 earphones are … [+] always ready to go with up to seven hours of playing time without noise canceling turned on.

The Smart Control app also enables the customizing of settings for the touch controls that are built into each earpiece. Tapping the earpieces can pause the music, turn on noise-canceling, answer or end phone calls, reject calls, and even summon up Siri or Google Assistant. The controls can also adjust the volume levels and all the controls can be reassigned to work just the way you want them.

Another function in the app lets you add sidetone to your phone calls. What is sidetone? When you make phone calls using a landline phone, you can hear your voice as well as the other person’s. You may not have noticed it before, but without sidetone you’d probably end up shouting into the phone because there’s no feedback to guage how loudly you’re talking. Not many Bluetooth earphones or headsets include a sidetone function and that means when you make phone calls it can feel as if your ears are blocked because you can’t hear yourself talk as well as you can hear the person speaking. By turning on sidetone, the Sennheisers make phone calls sound and feel far more natural.

Each earpiece of the Sennheiser Momentum True Wireless 2 earphones includes a touch-sensitive … [+] control pad that can control the music, volume levels, noise-canceling, and phone calls.

The call quality using the Sennheiser Momentum True Wireless 2 microphones is absolutely superb. I don’t normally like using wireless earphones to make phone calls, but this is the first pair – possibly thanks to that sidetone option and cVc noise-canceling mics – that feels like making a regular call with a landline. Another bonus is they didn’t make me sound as if I was calling from a cupboard or an empty cave.

Because the size of these earphones is smaller than the first-generation model, they now sit comfortably in the bowl of the ear and feel secure, even if you’re jogging. Much else about them remains the same and the charging case is still surprisingly small and clad in a hard-wearing tweed fabric. Five different sizes of silicone ear tips are provided in the box, plus there’s a USB C charging cable for topping up the charging case.

Now let’s take a closer look at the effectiveness of that active noise-canceling function. At first listen, I thought the noise-canceling mode made little difference. I was in a room with the radio playing, and the earphones didn’t seem to cancel out much of the sound. Then I compared them side-by-side with the Sony WF-1000XM3s and they weren’t all that effective, either. I think they are on a par with each other. However, I know from my own experience that the Sony’s are pretty good at canceling out aircraft noise, and I’ve no reason to believe that the Sennheiser’s would be any less effective. I’m flying next week so I’ll return here to update. 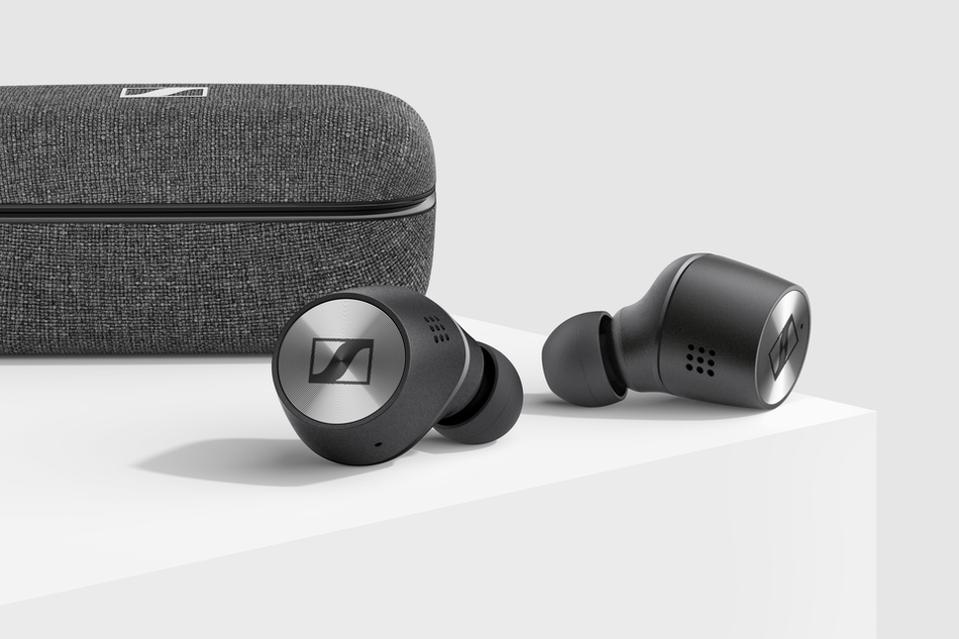 The Sennheiser Momentum True Wireless 2 earphones are great for making phone calls thanks to cVc … [+] mics that cancel a lot of background noise.

Of course, earphones will never be able to cancel out as much noise as as a pair of over-the-ear headphones where the ears are completely covered and sealed, plus there are often multiple microphones to sample the sound before subtracting it from the music or audio signal using fast and power-hungry processors. If you want the best in noise canceling, I’d suggest Sony’s superb WH-100XM3 headphones or perhaps one of the noise-canceling models from Bose. Headphones will probably always win out over earphones when it comes to active noise canceling.

And now we turn to sound quality. As I’ve already hinted, these new Momentum True Wireless 2 are well up to Sennheiser’s usual high standards. The sound is fulsome and warm with a wide soundstage that’s accurately focused. There’s something about those drivers that cuts through the smear you often hear with cheaper true wireless earphones. The drivers deliver an audiophile sound that’s every bit as good as listening with a good pair of wired earphones. What’s more, if the default sound isn’t to your liking, there’s an EQ control function in the Smart Control app so you can dial up the bass, mid or treble.

A white version of the Sennheiser Momentum True Wireless 2 earphones will be available later this … [+] year.

I’ve always liked the sound of Sennheiser’s higher-end earphones, and these new Momentum True Wireless 2 didn’t disappoint me. They deliver an impeccable sound no matter what genre of music you’re listening to. So, what’s wrong with these earphones? Surely, they must have an Achilles’ heel. Well, perhaps the active noise-canceling isn’t quite as muscular as I’d like it to be, and I’m not sure that turning it on will always be worth the bite it can take out of the battery life. By the way, that criticism goes for most pairs of true wireless earphones that offer active noise-canceling, no matter what brand. Secondly, these earphones are quite expensive, and cost more than many people will be willing to pay. However, what you’re paying for here is those matchless dynamic drivers, manufactured in Germany, by Sennheiser. You’re also getting Sennheiser’s flawless Bluetooth circuitry and some superb cVc mics that make the phone call function sound so natural.

Verdict: The new Sennheiser Momentum True Wireless 2 earphones are superb and a significant upgrade over their predecessors. I love their sound; it’s so sweet and yet never becomes thick or syrupy. The call quality was a revelation thanks to the inclusion of the sidetone function. I’d be happy making all my phone calls with earphones if they all sounded like the Sennheiser Momentum True Wireless 2. However, I’m not altogether convinced by the noise-canceling function. I much prefer headphones for cutting out noise, but if you do want noise canceling it’s there for you and it can be quite effective at filtering out low background rumbles that could otherwise spoil a quiet passage of music. Finally, the improved playing time of seven hours (plus 212 hours of charge in the storage case) is a great improvement over the first-generation Momentum True Wireless earphones. Highly recommended.

Price and availability: The Sennheiser Momentum True Wireless 2 earphones are priced at £279 / €299 / $299. Initially available in black finish. A white version will be available later in the year. 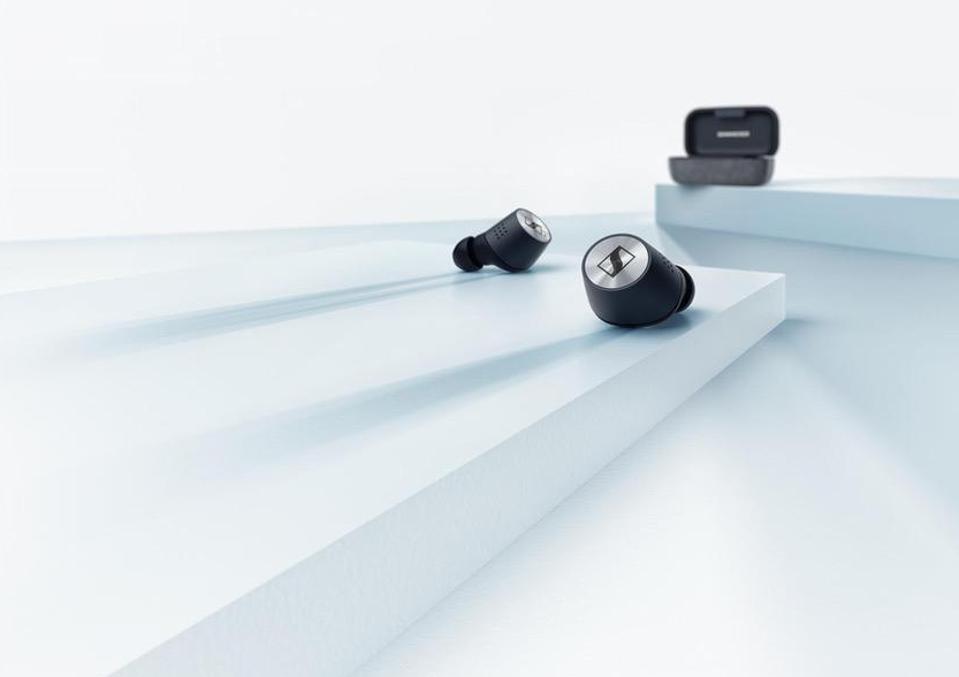 These are the first Sennheiser Momentum True Wireless earphones to feature active noise-cancelation.