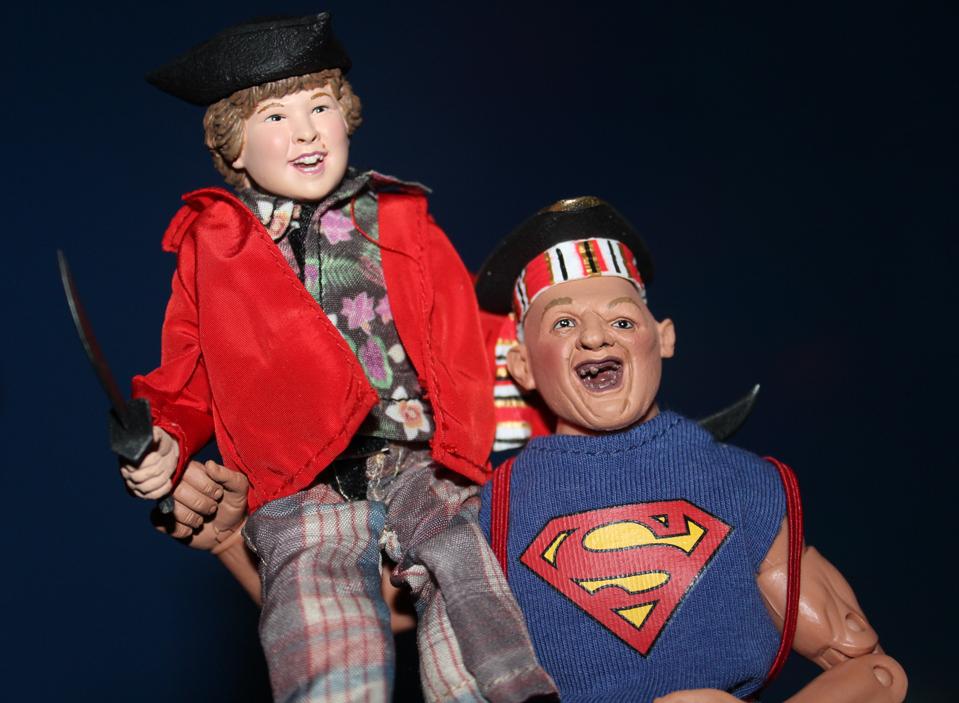 These Goonies are good enough.

“Goonies never say die,” was the catchphrase of 1985’s $124 million hit The Goonies, from director Richard Donner and producer Steven Spielberg, and indeed, judged by how often the movie still comes up in conversation, it’s true. Talk has never stopped about some sort of sequel or spin-off — though one has never actually materialized — and now, for the 35th anniversary of the film, we’re getting new toys.

The Goonies was instrumental in launching the careers of the likes of Sean Astin, Josh Brolin, and Corey Feldman, but none of them are represented here. Instead, as part of NECA’s two-pack, the two most memorable characters are: overweight, dancing Chunk, and big, deformed Sloth, who taught those of us of a certain age not to judge people by appearances. Goonies has had toys before, but they’ve never really been tried in a realistic style — retro and caricatured was the name of the game before. Technically, these figures are designated “retro-style” by NECA, based on the fact that they use cloth outfits over generic bodies. The likenesses, however, use all the modern tools to get as close to lifelike as possible. 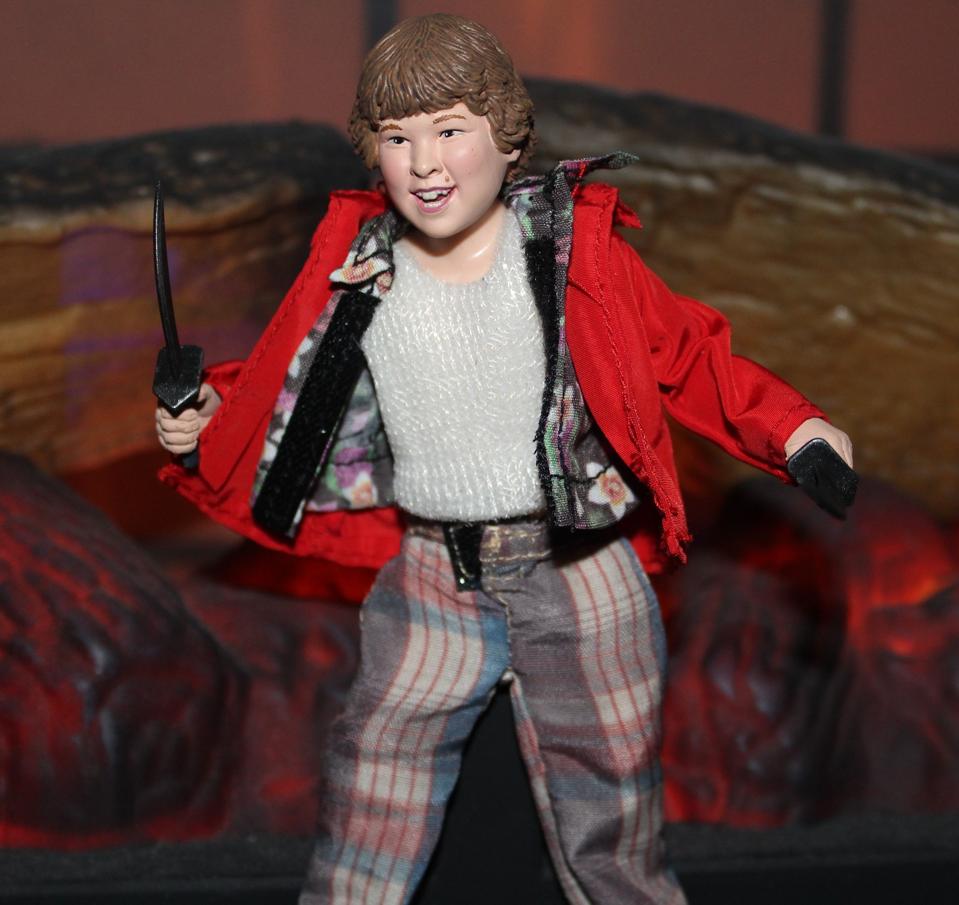 To do that, in this case, the company uses a few cheats. Chunk, for instance, appears to use the same “boy” body used for young Jason Voorhees and Home Alone’s Kevin McAllister, but some additional layers of clothing pad out his upper body. Sloth mostly looks to use the newest body with more articulation, previously seen on the Bob Ross figure. The only difference is his legs are longer to make him seem significantly bigger. 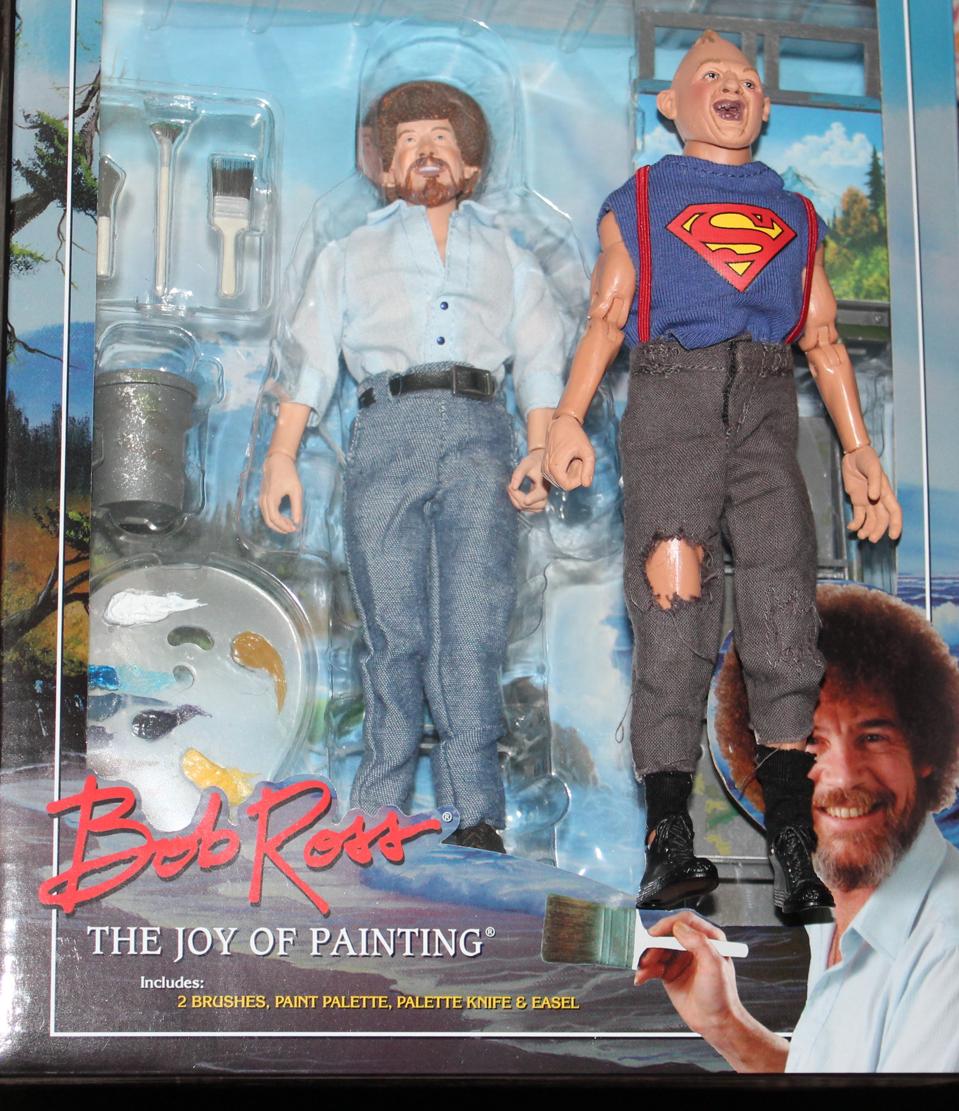 Both characters come with removable pirate hats and swords, though Chunk also comes with the movie’s most risque joke. It’s a mini statue of Michelangelo’s David, which in the movie has its “manhood” broken off and reglued in a more obscene position. This one is small enough to get away with a basic bulge. Still, it’s not every figure that gets classic Renaissance art as a pack-in. 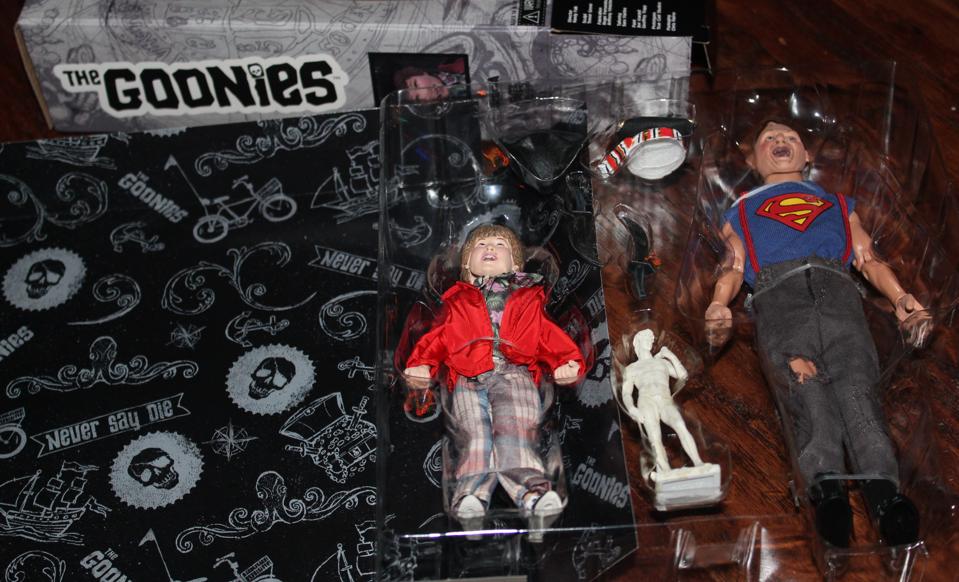 Michelangelo is a party dude.

Costume details are nice, from the Superman logo I’m surprised they got approved to Chunk’s multiple shirts. Sloth’s suspenders are a tad loose, but could presumably be fastened in place if one so desired. Presumably Baby Ruth could not come to an agreement to include the film’s most gratuitous product placement in accessory form.

Though the figures are technically 8-inch scale, they can look decent with NECA 7-inch action figures simply because with these two characters, you can cheat the size. Chunk should be a little bigger than the Macaulay Culkin body anyway, and Sloth should definitely be buffer than Bob Ross (despite the latter’s military background). Next to slightly smaller-scaled figures, they achieve that. 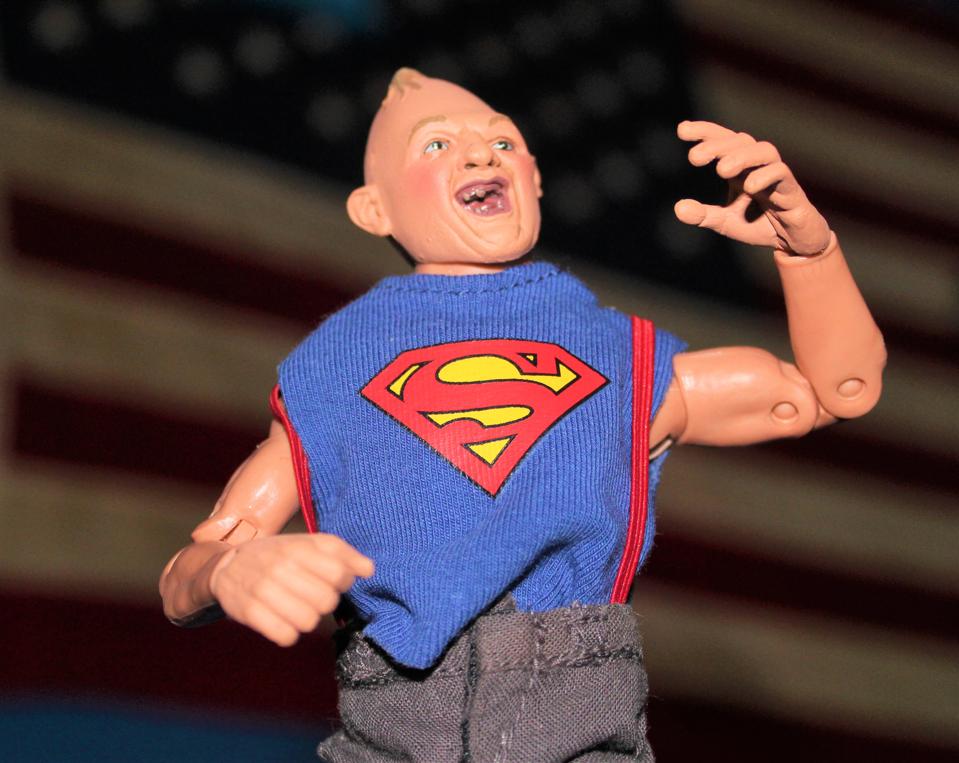 In Sloth we trust.

Being totally honest, however, I’ll admit I’m not much of a Goonies fan. Like every kid of the ‘80s, I remembered it fondly until I rewatched as an adult. Suffice it to say that if you have good memories, you might want to let them lie and not spoil them. But if, as the song says, the Goonies are still good enough, then you’ll probably feel good about dropping (checks price)…$65 on this set? I mean, that’s kind of a lot. You’re not likely to see better, but $65? Okay.

Extend the line with Josh Brolin in his ‘80s workout gear, though, and we’ll talk.

Trail Blazers’ Gary Trent Jr. Taking His Opportunity And Running With It

Three questions your business must answer.