Breaking
How to Build a Sales Forecast Model
The Unexpected Ways COVID-19 Has Forever Changed What...
Google Posts: Conversion Factor — Not Ranking Factor
How To Bring Your Branding To Life
Coinbase Cofounders And Investors Poised To Rake In...
How To Stay Top-of-Mind For Your Audience With...
Employers: Eight Red Flags You May Not Notice...
The benefits of videoing in the automotive industry
Ted Lasso, Other Apple TV+ Shows Arriving Soon...
How To Incorporate Click And Collect Into Your...
What Are Working Capital Loans and When Should...
The 10 Biggest Trends in Entrepreneurship to Look...
Clubhouse Has Grown 10X In Two Months. Here’s...
Here’s Why Tyson Foods Stock Looks Undervalued At...
How To Maintain Client Relationships During Long Projects
WhatsApp Is Pushing Ahead With Its Controversial Privacy...
Home Business Review: ‘The Umbrella Academy’ Season 2
Business 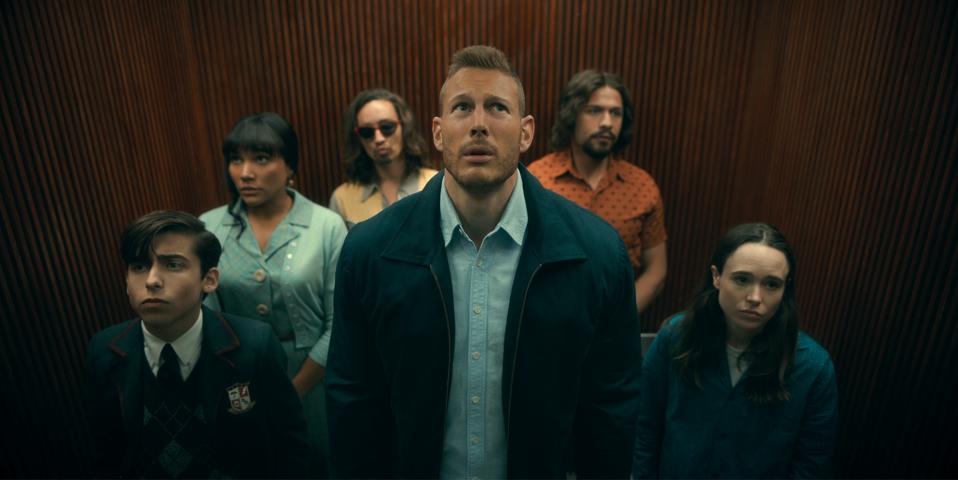 It’s 1963 and the Hargreeves siblings have to stop the apocalypse – again. On July 31, season 2 of the Netflix series The Umbrella Academy drops, and both everything and nothing have changed. Due to his poor time travel skills, Number Five (Aidan Gallagher) accidentally scatters his siblings across time from the years 1960-1963 in Dallas, Texas. Five arrives last and just in time to see a nuclear apocalypse take place. When he goes back in time a little further, he has ten days to gather his siblings and stop the apocalypses – the one in 1963 and the one in 2019. I was a little worried that having such a similar plot to season 1 would make this season feel like a drag, but with a whole new approach, the series makes stopping doomsday feel fresh and not been-there-done that.

What’s interesting here is that some of the Hargreeves siblings have been stuck in the 60s for years and have built lives. Through various flashbacks, we get to see what they’ve been up to, and for some, it’s a bit of a doozy. Eccentric Klaus (Robert Sheehan) has started a cult, which he now regrets and just wants everyone to leave him alone. Meanwhile Allison (Emmy Raver-Lampman) is married and fighting in the civil rights movement. The two of them are the ones who have been stuck in the past the longest, and therefore have the most interesting backstories. Allison’s arc in particular feels the most fleshed out and grounded. In a show where almost everything is over-the-top and absurdist, Allison contending with being a black woman in the south in the 60s provides a real human element.

Five has a particularly hard time getting everyone on board with stopping doomsday and getting home to their time because for some of the siblings, it’s not just so easy to leave the lives they have in 1963. This provides for a lot of fun tangents to the let’s-save-the-world goal. Once again, The Umbrella Academy is much more about a dysfunctional family than it is about superheroes, and if you were expecting anything else, you should probably go watch a different show.

What’s great about season 2 is that you can really see how so many of the characters have grown. If season 1 is about the cracks in the family, season 2 is about them healing, learning to appreciate and support each other, to show each other kindness. Five may threaten to kill them all a lot, but he fiercely loves his family and would do just about anything to save them. Luther (Tom Hopper) has a good dose of humility this season, and it makes him able to connect to his siblings in ways he couldn’t before, especially with Vanya (Ellen Page). Allison hasn’t used her rumor power in a long time, and it makes her able to really appreciate everything she’s got, because she knows she earned it all. Vanya, meanwhile, has a case of amnesia this season, and so is able to live a life unburdened by the neglect of her father and siblings and the guilt over causing the end of the world. It’s this kind of character work that makes watching the show feel worthwhile.

Of course, this is The Umbrella Academy so we’ve still got a ton of weird, but fun, stuff going on. There are a lot of great fight scenes that make particular use of Five’s teleporting power. There are some old characters returning in unusual ways – Sir Reginald Hargreeves (Colm Feore) for one – and some new characters that provide new twists, like Allison’s husband Ray (The Originals’ Yusuf Gatewood), the family that Vanya has taken up residence with, and Diego’s (David Castañeda) new friend Lila (Ritu Arya), who he met in a mental institution. There are also the Swedes – a trio of assassins sent by the Commission to kill the siblings. We get a further look into the Commission and its inner-workings and politics this season.

The series may deal with some serious stuff this season, like the Vietnam war, being gay or black in the 60s, the struggle of staying sober (all of which it successfully covers in a way that feels natural and human, rather than preachy), but it is also enormously funny, often turning dire straights into fodder for comedy. This is especially true as Five comes up with increasingly wacky plans to get them all out of trouble, and his siblings continue to screw them up.

A full ten episodes, the season feels perfectly binge-worthy as the stakes continue to be raised. It also sheds a lot of the clunkiness of the first season, and really feels like it has found its groove. The cliffhanger at the end (oh come on, you know that’s not a spoiler, there was always going to be a cliffhanger) indicates that the show is going to head in a very different direction next season, but I’m sure it will still have that undeniable Umbrella Academy feel.

What Problem Does Your Business Solve For You?

Stimulus Update: Pelosi Warns That ‘Time Is Running Out’