Breaking
6 Tools To Bring Your Virtual Conferences To...
COVID-19 And The Future Of Aging: Prospects For...
Harman’s New Citation MutiBeam 700 Is A Feature-Packed...
Is Your Business Stagnant? It Might Be Time...
IRS Releases Draft 1040 Instructions Adding Clarity To...
Pandemic-Inspired Sales Of Telescopes Are Surging. Here’s The...
Lee Kun-Hee, Legendary Head Of Samsung And Korea’s...
Has Facebook Finally Broken WhatsApp—Radical New Update Now...
Has Facebook Suddenly Broken WhatsApp?
How to Work With a Consultant: The Ultimate...
Nuance CEO Mark Benjamin: The Trials And Triumphs...
PS5 And Xbox Series X-Friendly AV Receivers Reportedly...
‘Double-Digit’ Growth Could Boost Edwards Lifesciences Stock
Three Charts Show A K-Shaped Recovery
How Propel And Vote.org Helped Register 60,000 SNAP...
‘Fortnite’: Here’s A Code For The Free ‘Wrath’s...
Home General Reviewing ‘The iPhone Of Air Conditioners’
General 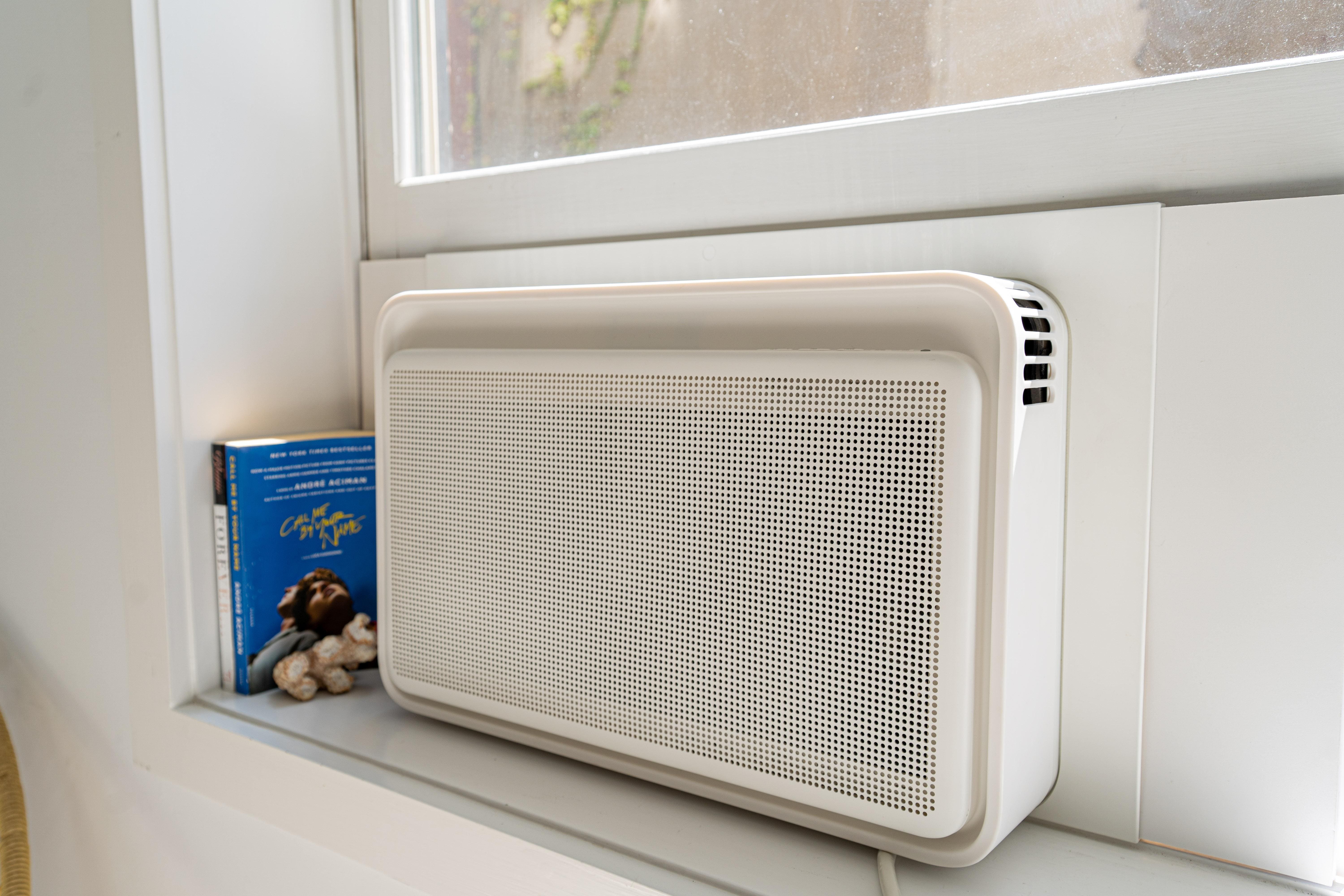 Earlier this summer, I wrote about Windmill, which I dubbed “the iPhone of air conditioners” due to its stylish and innovative WiFi-enabled design. My story took off, as sweaty quarantine dwellers Google-searched for ways to stay cool and also look cool.

Windmill has a waiting list a mile long — you can order now for next summer — but I finally got off the queue and installed the window AC recently in an Airbnb unit behind our house here in Los Angeles. Without any guests during the pandemic, the cottage is now my office/oasis from headlines, California fires and all those people in masks wandering like zombies down my street.

Here’s my take on Windmill, from installation to staying chill.

Before Windmill, the cottage had a portable AC with a window hose. Not exactly pioneering technology but it kept the place cool and our Airbnb guests never complained. The problem was the “visuals.” The machine sat on rollers like a super ugly outdated robot. Plus the giant hose made it look like a vacuum cleaner trying to escape from its cleanup chores.

As soon as the Windmill came of out of the box I thought, bye bye industrial age, hello sleek and chic.

The Windmill gets instant smiles with its clean matte face and rounded corners. You want to pinch its adorable windswept cheeks. There are no clunky knobs or switches (auto-dimming LED readouts disappear once the unit is on) and even the accordion side panels get hidden behind decorative adhesive cutouts that you add after installation.

At 60 pounds and 13.2 inches tall by 19.3 wide by 19.4 deep, the Windmill is roughly the size and weight of other units in its class (Windmill has an 8,300 BTU rating that cools rooms up to 350 square feet) but there’s something 2025 A.D. about the look and feel. It’s almost like talking to the hip young grandson of that behemoth GE air-con your father made you install every spring in the guest bedroom. Which makes sense because Windmill is co-founded by third-generation AC engineer Ryan Figlia.

My wife and I installed the unit without a single passive-aggressive remark or curse word in around 40 minutes. When you turn it on, cute LED numbers tell you the temperature in the room (it was 86!) and the temperature you want it to be (20 degrees cooler than that, please). You can program Windmill to Fan, Cool or Eco mode and to Low, Medium, High or Auto—all with a palm-sized remote that lets you literally Netflix and chill without leaving the couch.

You can connect to WiFi to program it when you’re not near the controls, and there’s an app, too (naturally) so you can operate Windmill from your Android or iOS device. The smart little cooler will also alert you when it’s time to change the filter. You can schedule on and off cycles, too. I love that the Windmill blows air upward rather than straight out since that clears the stuffy air overhead quickly and doesn’t make you feel like you’re getting Legionnaire’s disease.

If I had one teeny complaint it’s that Windmill is not silent. I have a decibel reader on my iPhone and it registered just over 60 dB, which is the level of normal conversation. That’s certainly not blaring and in no way a deal-breaker. Also, my son recently took up the trombone, so it’s nice to drown out “When the Saints Go Marching In” on a steamy Friday afternoon. But I imagine it might register if you’re using it in a music studio or other area where absolute silence is essential.

In about 25 minutes, the atmosphere in the room shifted from roughly Equatorial Guinea to Siberia in terms of temperature, and our whole mood brightened. Zombies might have been roaming outside and the news continues to be a disaster but inside the Zen Cottage, things are heavenly. Windmill is definitely the coolest thing to happen around here during the pandemic.

China Shipments To The U.S. Are 7 Times Greater Than Any Other Country