Breaking
Expanding Your Business Into Spain: What You Need...
Essentials For Your Office Coming Out Of COVID-19
What Can Marketers Learn From Digital Cults?
Why NASA’s James Webb Space Telescope Will Never...
Increasing HR Effectivity and Efficiency through Software Solutions
The Difference Between Building A Startup In Bull...
Fluor Corp Ranked Among Today’s Top Shorts
Common Pitfalls to Look Out for When Buying...
Will the Olympics go ahead this year?
Pack Up the Big Top: Insights from MozCon...
Best WordPress Themes for Blogs
Get Ready To Rip And Tear, As The...
As Economy Recovers, Loan Approval Rates Increase For...
Lessons Learned—Avoiding The Fundraising Errors That Can Sink...
Top Tips to Help You Effectively Manage Your...
Malaysia’s Carsome, Tycoon Patrick Grove’s Catcha Group To...
Home Technology Richard Branson’s Virgin Orbit Fails With First Rocket Launch After ‘Anomaly’
Technology 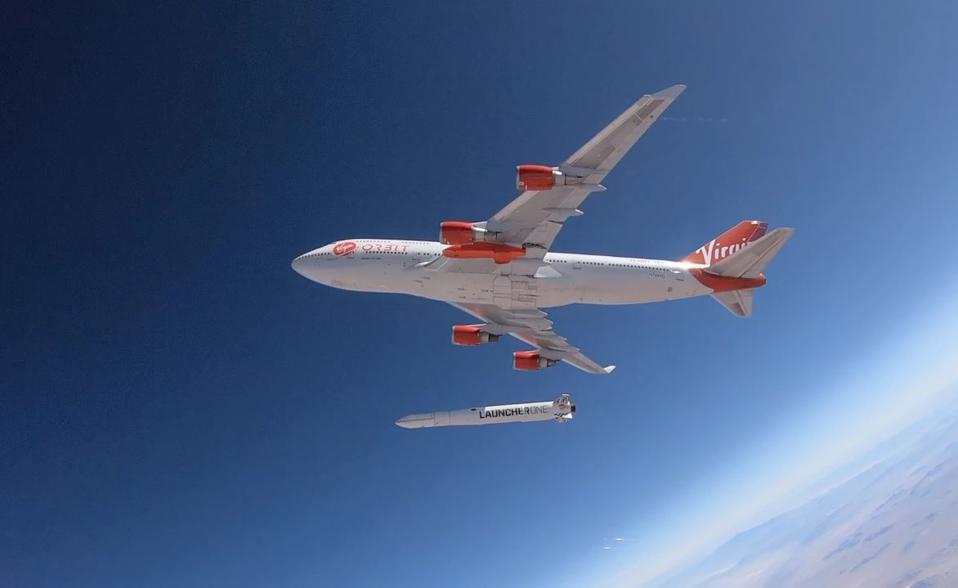 Virgin Orbit, a small satellite company that hopes to launch rockets to space from the wing of a plane, failed in its attempt today to launch for the first time.

The company, based in California and owned by U.K. entrepreneur Sir Richard Branson, conducted the launch attempt earlier today, Monday, May 25, over the Pacific Ocean off the coast of Los Angeles.

Using a modified Boeing 747 jet called Cosmic Girl, Virgin Orbit lofted its LauncherOne rocket into the skies from the Mojave Air and Space Port. The goal was to drop the 16-meter-long rocket at an altitude of nearly 11,000 meters (35,000 feet), which would then ignite its engine and make its way to space.

However, shortly after the drop occurred at 12.50 P.M. Pacific Time, the company reported that an “anomaly occurred in first stage flight.” The mission was subsequently terminated, with the plane and its crew returning safely to the ground.

“We accomplished many of the goals we set for ourselves, though not as many as we would have liked,” Virgin Orbit CEO Dan Hart said in a statement.

“Nevertheless, we took a big step forward today. Our engineers are already poring through the data. Our next rocket is waiting. We will learn, adjust, and begin preparing for our next test, which is coming up soon.”

While it is not entirely clear what happened to the rocket yet, radar images appeared to show it breaking apart – possibly due to an explosion, after it had been released and started its NewtonThree engine four seconds later.

Had it reached space, the rocket was carrying only a test weight on board, to simulate the full launch of a satellite into orbit. This test weight would have been placed into a low orbit, where it would have re-entered Earth’s atmosphere fairly quickly.

Ultimately the company hopes to use LauncherOne to launch satellites weighing up to 500 kilograms into orbits as high as 1,200 kilometers. It is one of very few air-launch systems to have been attempted in the history of rocketry.

Many other senior space figures offered their condolences after the failed mission. “Orbit is hard,” said SpaceX CEO Elon Musk – who has his own important launch this week with Crew Dragon. “Took us four attempts with Falcon 1.”

Lori Garver, former Deputy Administrator of NASA from 2009 to 2013, said she was “sure the team will learn from what happened and take to the skies again.” Peter Beck, CEO of New Zealand launch company Rocket Lab, said the Virgin Orbit team “should be really proud of today’s attempt”.

In July last year, the company – a sister company of Branson’s space tourism-focused Virgin Galactic – performed a key drop test of the rocket for the first time. Since then, it has slowly been making its way towards attempting to reach space, which unfortunately has now ended in failure.

In its statement Virgin Orbit said it successfully ran through its pre-launch procedures prior to the failure, and even successfully ignited the rocket’s booster engine to begin the journey to space – the first in-air ignition for the company – before the anomaly.

But the company said it had a second LauncherOne rocket that was in its “final stages of integration at its Long Beach manufacturing facility,” while a further six rockets were being built for later missions. The company is already contracted for a number of flights, including with the newly established U.S. Space Force.

“Virgin Orbit’s decision to begin production of multiple rockets well in advance of this test flight will enable the team to progress to the next attempt at a significantly faster pace, shortly after making any necessary modifications to the launch system,” the company said.

Google Alerts for Link Building: A Quick and Easy Guide