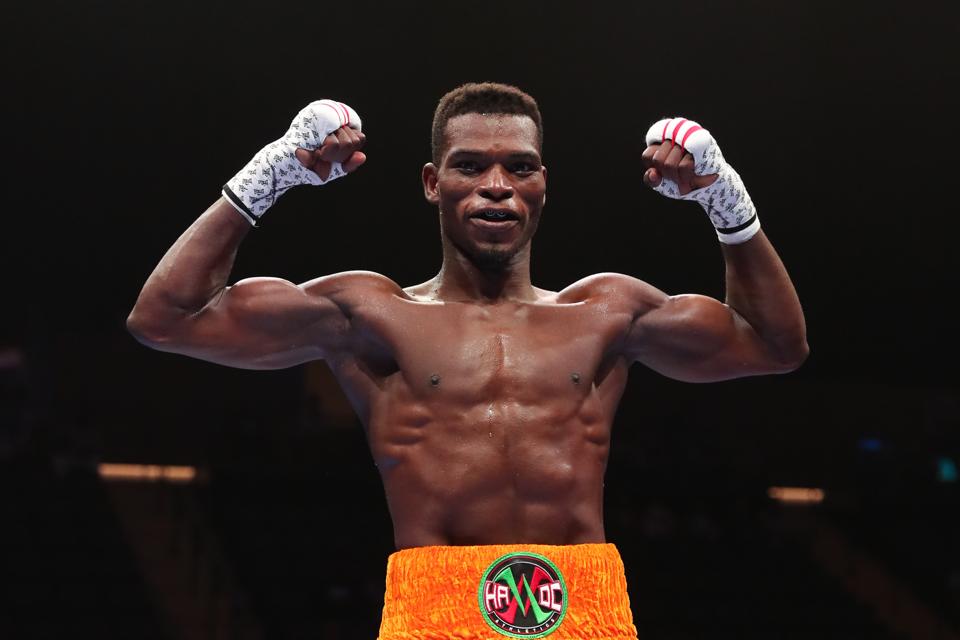 UNIONDALE, NY – AUGUST 04: Richard Commey poses after defeating Yardley Cruz by tko in the second … [+] round at the Nassau Veterans Memorial Coliseum on August 4, 2018 in Uniondale, New York. (Photo by Edward Diller/Getty Images)

On Saturday night at Madison Square Garden in New York, IBF Lightweight Champion Richard Commey puts his title on the line in what could be an outstanding bout.

Rising star Teofimo Lopez makes his first attempt at becoming a world champion when he faces the Accra, Ghana native.

As good as this fight is, it isn’t even the main event.

Here’s how you can watch the event on ESPN. 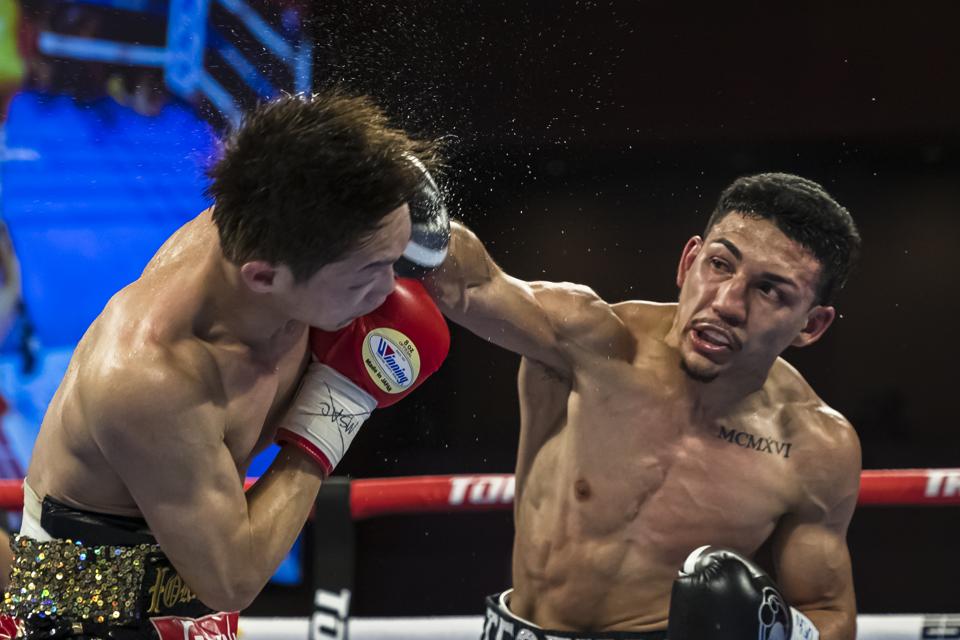 This fight isn’t the main event, but don’t be shocked if it is the most entertaining scrap of the night. The bout is also a legitimate world title bout between two young and hungry fighters in their prime.

Commey is a quiet and humble assassin whose technical skills and understated power make him a tough matchup for anyone.

He will not relinquish his title easily. The history of elite Ghanaian boxers is a rich one and Commey is worthy of being a part of the legacy.

Lopez is a potential superstar. His combination of athleticism and power is a mixture that could make him a household name.

When you mix in his charisma and polarizing qualities, there is no wonder Top Rank is set to elevate him if he’s up to the challenge against Commey.

The marquee matchup on this card will see WBO Welterweight Champion and pound-for-pound contender Terence Crawford defend his title against Egidijus Kavaliauskas.

Both men are undefeated and Crawford is one of the gems of the sport. Undefeated featherweight contender Michael Conlan is also in action against Vladimir Nikitin. Another undefeated contender, George Kambosos Jr. faces Mickey Bey.

If Kambosos wins, he could easily challenge the winner of the Commey-Lopez bout in his next fight. While it may not have a bout on par with last weekend’s epic Anthony Joshua vs. Andy Ruiz rematch, from top to bottom, this should be a great night of fights at MSG.

Putting The Art In Artificial Intelligence: A Conversation With Sougwen Chung