Riot Games Will Pay Out $10 Million To Female Employees 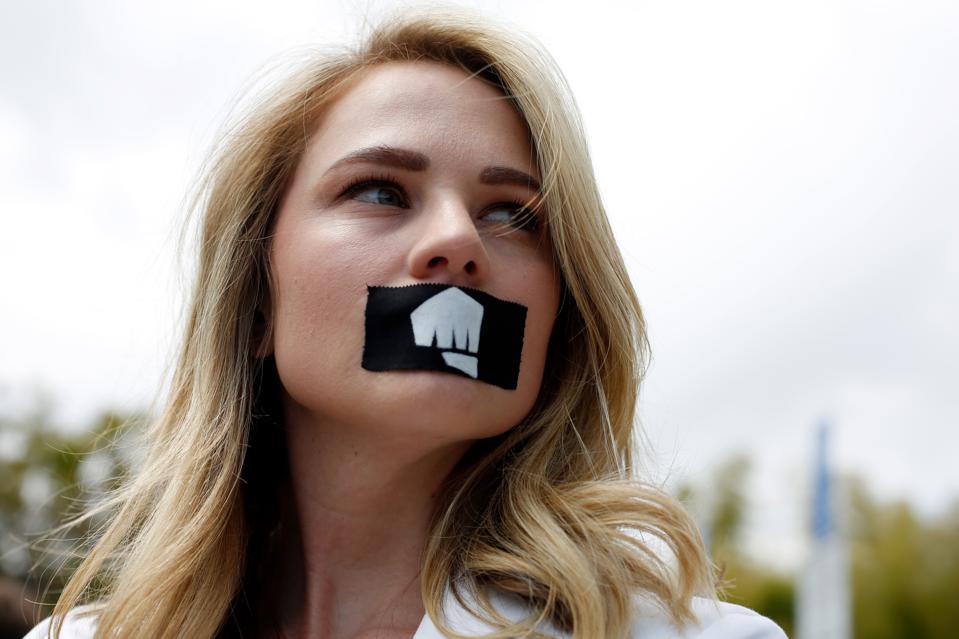 LOS ANGELES, CA – MAY 06: Jess Kent joins workers at Riot Games who have staged a walk out to … [+] protest the company’s move to force arbitration on sexual harassment lawsuits on May 6, 2019, in Los Angeles, California. (Photo By Dania Maxwell/Los Angeles Times via Getty Images)

Riot Games, the publisher behind League of Legends, will pay out a $10 million settlement to most women who worked for the company since 2014, The Los Angeles Times reported Monday, as spotted by Kotaku.

The details of the settlement have now been revealed after the preliminary agreement was reached earlier this year.

The settlement is a result of a class action lawsuit filed against Riot Games in 2018 for various issues resulting from a culture of sexism at the company uncovered by a Kotaku investigation last year. Female employees described a company rife with “bro culture,” in which gender discrimination impacted multiple aspects of their employment, including pay and opportunities for promotion.

The $10 million settlement will be paid out to current and past employees and contractors who “self-identify as female” according to the Settlement Agreement.

Not every female-identifying employee from 2014 will receive a payout. Those who previously accepted a severance and signed a release regarding any violations of discrimination are ineligible to be paid out of this settlement, according to the agreement.

“Plaintiffs’ Counsel also is aware that through the regular course of business during the class period, Riot provided severance agreements including general releases to individual Class Members which reduces potential damages to the Class, even if Plaintiffs were ultimately able to prevail,” the agreement states (emphasis mine). “Further, Plaintiffs’ Counsel understands that in certain instances Riot has separately settled with certain individuals who Riot determined through an independent investigation may have been subject to violations of Riot’s anti-harassment and discrimination policies. Thus, while Plaintiffs contend that Riot has not yet taken sufficient steps to remediate its prior history, Plaintiffs acknowledge that the actions already taken by Riot may reduce any potential recovery.”

Reactions to this stipulation of the agreement have been varied. Jessie Perlo, who formerly worked for Riot Games, explained why she still feels positive about the outcome despite not receiving a payout herself.

“Women who signed releases [or] took severance when they left won’t receive payouts,” Perlo tweeted. “That includes me [and] others who spoke up. Lots of feelings on that, [especially] given the circumstances around our exits, but overall this is a win!”

Others feel that the exclusion of those who accepted severance previously is not fair. I reached out to Yonah Bex, who formerly worked at Riot as an Art Archivist and Esports Archivist. Bex, who is non-binary and prefers they/them pronouns, commented on why this exclusion is is further distressing for impacted former employees and contractors.

“Riot Legal is smart. In any particularly egregious case, where something that could reasonably be proven in a court of law happened [then] they would offer a severance if you agreed not to discuss it,” Bex said in a private message. “So those of us with severance were often the most severely harassed. We’re also often those that are marginalized and need the money more than others.”

Bex tweeted on Monday that there is “no justice” in the settlement because not all of those impacted by the issues at Riot Games will receive a portion of the settlement.

“I took a severance to keep from starving [and] as a result, will not get any settlement despite needing years off therapy to deal [with] what that company did to me,” Bex wrote. “There’s no justice today.”

Bex added that the focused language of “female-identifying” further complicates the settlement, as it doesn’t seem inclusive of non-binary employees and contractors who might have also faced discrimination at the company.

I reached out to Riot Games to clarify about this stipulation and was told that the plaintiffs’ attorney will reach out to those they believe can make a claim. Further, a Settlement Administrator will oversee the claims process so Riot Games therefore cannot “speak to anyone’s individual circumstances or eligibility.”

Riot Games’ Corporate Comms Lead Joe Hixson commented that the company is “pleased to be closer to fully resolving this case.”

“This settlement is an important step forward and demonstrates our commitment to living up to our values and to making Riot an inclusive environment for the industry’s best talent,” Hixson stated. “As we said back in August when we announced the settlement, we’re honoring our commitment to finding the best and most expeditious way for all Rioters, and Riot, to move forward and heal. Over the past year, we’ve made substantial progress toward evolving our culture and will continue this work as we strive to be the most inclusive company in gaming. Our transformation over the 15 months has been massive and we’re just getting started.”