With coronavirus cases on the rise in Tulsa, public health experts, including Trump’s own top health official, Dr. Anthony Fauci, are warning about a lack of safety at Trump’s upcoming rally, which is expected to be crowded and will likely be attended by people less inclined to wear masks or take the virus seriously. 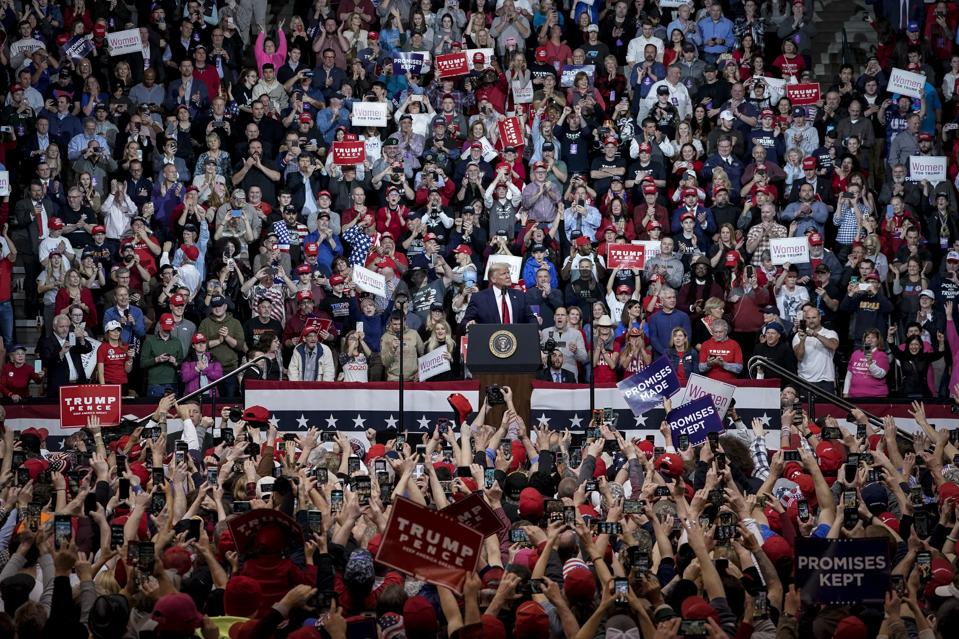 Coronavirus cases have spiked in Tulsa County in recent days, with 82 cases reported on Friday, up from just 8 cases a week earlier, according to data from the Tulsa Department of Health.

But Trump is nonetheless pushing ahead with his June 20th mega-rally in Tulsa, his first since the start of the outbreak in March, for which he claims to have received over 200,000 ticket requests despite the venue only seating about 19,000 people.

The campaign is preparing for the possibility of an outbreak, not by taking precautions such as requiring social distancing and mask wearing, but by having attendees sign a waiver “assuming all risks” of coronavirus exposure and agreeing not to sue the Trump campaign if they contract it.

CDC guidelines warn event organizers to “to prepare for the possibility of outbreaks in their communities” following large events, and an executive order from Oklahoma Governor Kevin Stitt advises “social distancing by staying out of crowded places, not gathering in groups, and staying at least 6 feet away from other people.”

Leanne Stephens, a spokesperson for the Tulsa Department of Health, told Forbes that they are “concerned about the safety of any large gathering of people in enclosed spaces where social distancing is difficult to maintain.”

On Friday, Dr. Anthony Fauci, Director of the National Institute of Allergy and Infectious Diseases, called large gatherings such as Trump’s rally, or a George Floyd protest, a “danger” and “risky,” while Dr. Ashish Jha, director of Harvard’s Global Health Institute, told the Associated Press on Sunday that the rally is “an extraordinarily dangerous move.”

58%. While 89% of Democrats and 72% of independents report wearing a mask every time or most of the time they leave the house, just 58% of Republicans say the same, according to a Kaiser Family Foundation poll in May. That number has likely lowered, as an OH Predictive poll of Arizona released last week found just 32% of Republicans say they are at least moderately concerned about the virus, down 10 points from May and 23 points from April.

“This virus really likes people being indoors in an enclosed space for prolonged periods of close face-to-face contact. You can’t have a superspreading event unless there are a lot of people around, so you have to be very careful still about gatherings of people of any size,” Vanderbilt preventative medicine professor William Schaffner told Business Insider.

What To Look For

Despite Trump’s economic adviser Larry Kudlow telling CNN on Sunday that attendees to the rally should wear masks, there’s ample reason to believe that won’t happen on a wide scale basis. Trump himself has eschewed and even ridiculed mask-wearing, believing them to be a sign of weakness. He has also resisted social distancing in many situations.