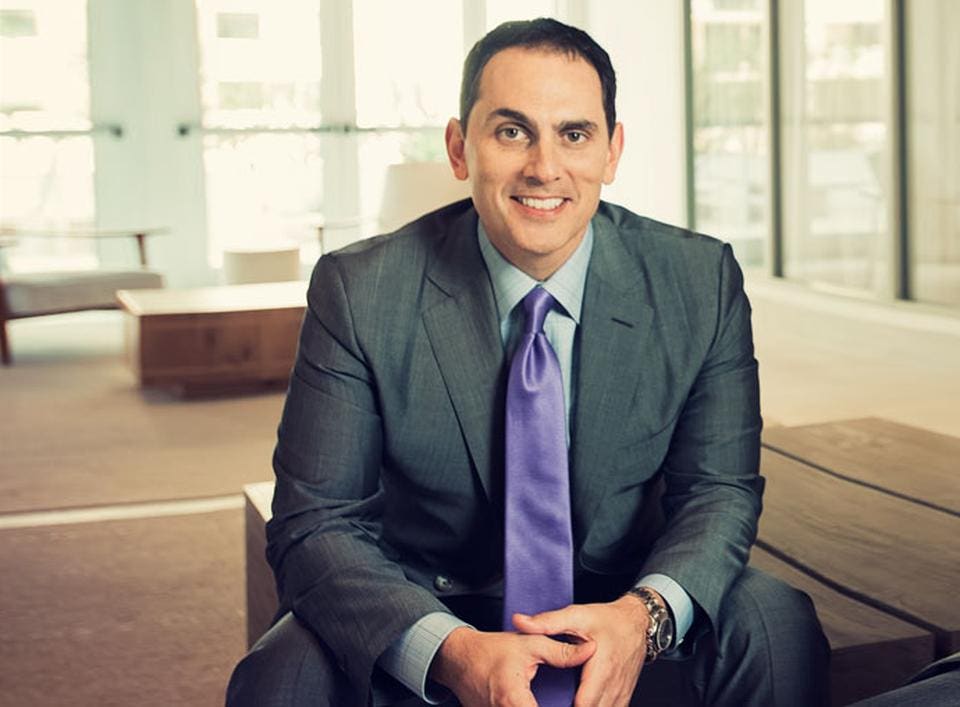 Perhaps no duo on Wall Street has ever soared higher and broken apart quicker than the partnership between billionaires Robert F. Smith and Brian N. Sheth, the co-founders of Vista Equity Partners.

For the past decade, Smith and Sheth towered over Wall Street, as they perfected the software buyout and built Vista into a $73 billion private equity giant with returns to put virtually every competitor to shame. Investors were so enamored with Vista, the privately-held firm was valued by outside parties at $7 billion. As it became the hottest ticket on Wall Street, Smith and Sheth became billionaires many times over. The bond went far beyond making money. They were best friends, vacationing together and regularly fly fishing for trout in streams fed by the Rocky Mountains. It was Smith who introduced Sheth to the world of philanthropy, a passion that now makes him one of the world’s preeminent young conservationists. Sheth was even Smith’s best man at his star-studded 2014 wedding to a former Playboy playmate.

But as Americans were preparing their turkeys and stuffing for Thanksgiving, Smith and Sheth, and a phalanx of expensive lawyers around the country, were putting the final touches on a hard fought separation that will mean Sheth will leave Vista for good and hand back his minority ownership in the firm, a stake Forbes once valued at over $1 billion.

For this, Sheth will retain his valuable cut of Vista’s performance fee earnings, which could be worth billions of dollars a decade from now. Almost as important, he will eventually be freed from the restrictive bonds embedded in Wall Street partnership agreements, and able to make his own name as an investor in the future. The speedy end of the most dynamic tandem on Wall Street this past decade will undoubtedly send shockwaves through the ultra-competitive and lucrative world of buyouts. It is the result of a giant secret that has rocked Austin-based Vista for a year.

Smith and Sheth’s partnership was one that pleased investors around the world.  Little did anyone know that Smith, America’s wealthiest African American, was even more deeply intertwined with the financial dealings of a third figure, Robert Brockman, the owner of Universal Computer Systems. That discreet partnership, according to prosecutors allegations, went beyond the boundaries of the law and threatened to put both behind bars.

In the late 1990s, Smith was Brockman’s banker at Goldman Sachs and witnessed the hidden value in software companies. Brockman seeded Smith as an investor, helping him create Vista. According to the Justice Department, however, their financial arrangement flowed through illegal offshore tax structures in countries like Belize and Switzerland that Brockman had built to evade taxes. For Brockman, the IRS alleges the structure evaded tax on billions of profits that Smith earned from Vista’s investments, and which recently led to his arrest and criminal prosecution. (Brockman’s lawyers maintain his innocence)

Smith is currently a cooperating witness against Brockman after striking a non-prosecution agreement with the DoJ, in which he admitted to tax fraud, evading taxes on hundreds of millions of dollars in investment profits, some which were used to buy a Sonoma estate and a Colorado ski home. The settlement casts a disturbing pall over Smith’s flurry of recent charitable contributions, which have gained worldwide press and inspired millions. It turns out, Smith’s philanthropic binge in recent years, coincided with his fear of the IRS and the prosecution of tax cheats. Under the terms of his agreement, Smith will pay approximately $56 million in taxes and penalties on unreported income and another $82 million in penalties stemming from his concealment of his offshore bank accounts. Additionally, he abandoned $182 million in tax refund claims he made with the IRS for his charitable giving.

The revelation stunned the world of finance, presenting Smith, an icon in business, in a criminal light. It forever altered the real history behind Smith and Vista’s meteoric rise. And the revelation appears to have forever ended the relationship between Smith and Sheth.

Sheth spoke with Forbes exclusively the night before Thanksgiving, and his 45th birthday, as the final touches of his exit were being signed. Due to the terms of the severance, Sheth spoke with the stiffest of upper lips regarding his departure amid prosecutors revelations about his former partner. But his words are clear:

The potential there might have been for Sheth, Vista’s most active dealmaker in recent years and the lifeblood of its special operating model, to take the reins of Vista from Smith until his legal troubles are over. And while he will be cheerleading on Vista’s dealmakers from outside the firm, Sheth’s mostly done talking about his former best friend, Robert F. Smith. “It’s Robert’s firm,” says Sheth, “I’m grateful for the opportunity he gave me to do transformational work so early in my career.”

During his 21-years at Vista, Sheth transformed from a hungry banker in his mid-twenties hunting for an opportunity, and into a prolific billionaire dealmaker, overseeing one of the most active and lucrative funds in the world. Under Sheth’s close day-to-day watch, Vista returned tens of billions of dollars in profits to its investors, and the bounty turned the firm’s co-founders into two of America’s richest investors.

“We were able to accomplish amazing things at Vista,” reflects Sheth. About handing over his minority ownership in the firm, he adds. “We’re taking care of and giving an opportunity to the next generation of leadership to step up. From my standpoint, it was really important to give this next generation of folks a great economic incentive to make the next chapter of Vista even more successful than the last twenty-one years.”

“Living in Austin, I’ll see them. We socialize. Our families know each other,” he says wistfully of his former colleagues. “So I’m excited to continue to, from afar, watch and root them on… We have a huge amount of committed capital. I think they’ve got an opportunity to continue to prove to folks that they can be great.”

When Sheth returns as an investor after taking some time off, he plans to marry his passion of environmentalism and conservation with investing, deploying his skills as a turnaround guru and deal-making visionary on companies’ environmental bottom line. It’s close to Vista’s model, but not enough to encroach on their turf.

In recent weeks and months, not only was Sheth fighting for an honorable and fair exit from Vista and his ability to continue his career independently, he was fighting for his life. In October, he contracted the Coronavirus, and was hospitalized for a week in Austin and given convalescent blood plasma treatments.

“If I didn’t get the care that I got in Austin and I wasn’t lucky enough to have access to great doctors, there’s no doubt I’d be dead right now,” he says. “I’m grateful for so much. It reinforced what’s most important: family, friends and health.”

Brian Sheth grew up in a Boston suburb reading about Michael Milken and Carl Icahn, the son of working class parents. His father was an immigrant from India while his Irish-Catholic mother was an insurance analyst. From an early age, Sheth was drawn to both technology and Wall Street, a combination that would eventually make him billions.

After graduating from the Wharton School at the University of Pennsylvania, Sheth headed to San Francisco to be part of the tech investment banking scene, working for infamous investment banker Frank Quattrone. After Quattrone left for Credit Suisse, Sheth needed a new opportunity. A close friend suggested he meet Smith, who was then a rising star technology banker at Goldman. They hit it off immediately.

In 1999 Smith left Goldman and soon began recruiting cofounders, like Sheth and a business-school classmate named Stephen Davis, who worked under him at Goldman. When Vista started to take off in the mid-2000s, Smith, an engaging public speaker and embodiment of minority success on Wall Street, became the face of the firm to investors and outside companies. Meanwhile, Sheth was Vista’s grinder at its Austin headquarters, overseeing its special playbook and an in-house consulting group of hundreds of industry veterans, to help portfolio companies grow.

In a 2018 Forbes cover story, we called Vista’s playbook “an in-house McKinsey,” with over 100 advisors implementing best practices distilled to “three to ten pages, with reams of attachments and examples. Printed out, they fill binders. They are stored in a password-protected online library, available only to authorized portfolio company managers.”

Their deals were enormously successful. Software has grown from a niche sector with good, but relatively  small returns, to one that as the deals get bigger, so do the payouts. Vista’s exits in recent years have consistently reaped multi-billion dollar profits.

Amid the success, their relationship became ironclad: “When something is happening with our families we are each other’s first call,” Sheth told Forbes in 2018. It was Smith who inspired Sheth to set up his Sangreal Foundation focused on wildlife conservation. It has backed Global Wildlife Conservation, a nonprofit Sheth chairs that is working in dozens of countries to save species and habitats.

Little did Sheth know that behind Vista’s roots, and behind Smith’s philanthropy was a deep, troubling secret that would violate any partnership, especially one as close as theirs. As Smith’s non-prosecution agreement admitting criminal tax fraud culminated in October, those close to Sheth say he wanted to take over Vista and give the firm a clean slate. An offer to take charge of Vista’s everyday activities was extended by Smith over a testy, hour-long Zoom call, but Sheth refused. A sticking point was control, and truth. Only when the Department of Justice released its charges against Brockman and its non-prosecution agreement with Smith, did Sheth learn the extent of their troubling ties. Smith, by then, was fighting for his freedom and his company.

Behind the scenes, those close to Smith tried to portray Sheth as having stepped away from Vista and began to tease his exit without his consent. Sheth’s own advisors fired back, asking for a ceasefire. Weeks of negotiations ensued, even as Sheth was holed up in a hospital room at the Dell Seton Medical Center at The University of Texas in Austin, fighting for his life.

About whether Smith can reclaim his perch as one America’s pre-eminent businessmen and bastion of the American Dream, Sheth deadpans.

“I think more about Vista,” he says, declining to speak further about Smith. “I’m really proud of how resilient the firm has been. Obviously, it’s been a tough year for the people who work at Vista and I think they’ve performed incredibly well.”

Says Smith in a press release, “[W]e wish him the very best in his future endeavors.”

With reporting from Nathan Vardi and Sergei Klebnikov

‘Destiny 2’ Wants Season Of The Hunt Feedback, So Here’s Mine