Breaking
Parrot Plumage Color May Be Linked To Body...
Recent Precious Metals Dip A Buying Opportunity
Looking For Venture Capital? Here’s How One 50+...
Growing Your Retirement Money Using 401(k) Dollar-Cost Averaging
Wellness Exec Abby Miller Levy Partners With Venture...
Microsoft Teams Issues Strike To Zoom With Tidal...
What’s Coming For The S&P 500 In October
4 Ways You Can Showcase Empathy With Your...
A $22,000 Microsoft Surface Will Soon Be For...
Zooming In – Should SMEs Invest In The...
iOS 14: The Surprising Security Risk Of Sharing...
How A Break From Lord Sugar Changed The...
Sunday’s Google Doodle Is Actually About Google
Office Of The Comptroller Of The Currency Chief...
Source Code For Multiple Windows Operating Systems Publicly...
Why Forgettable Pfizer Really Is A Great Value...
Home Finance Robinhood Doubles Its Second-Quarter Trading Revenue, Reaching $180 Million
Finance 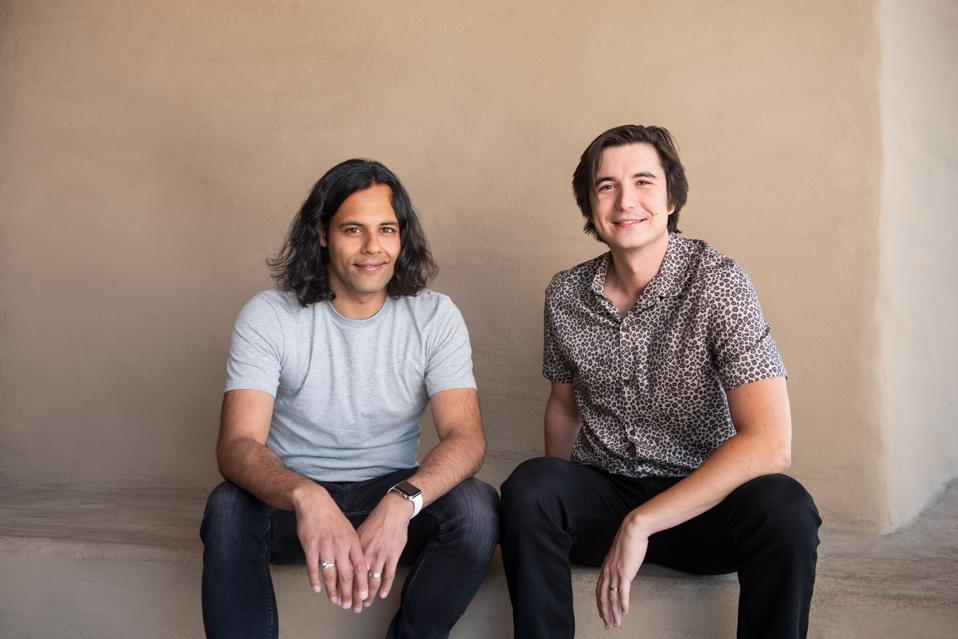 While Americans have been stuck at home during the pandemic, they’re flocking to stock-trading app Robinhood in increasing numbers, propelling its business to new heights. The Silicon Valley company’s “payment for order flow” revenue, which it earns by routing users’ buy and sell orders to large trading firms to be executed, reached $180 million in the second quarter, according to a regulatory filing released last week. That’s nearly double the $91 million it made in the first quarter.

Big trading firms like Citadel and Two Sigma pay Robinhood and other online brokerages handsomely for the right to execute their trades because it helps them earn profits by picking up pennies on each transaction.

Among the different financial products Robinhood users can purchase, options are the most lucrative for the company to facilitate by far. Options are complex securities that give people the right to buy or sell a stock at a predetermined price. They’re riskier than traditional stocks, with greater potential for big gains or losses. Of Robinhood’s $180 million in second-quarter order flow revenue, $111 million came from options. 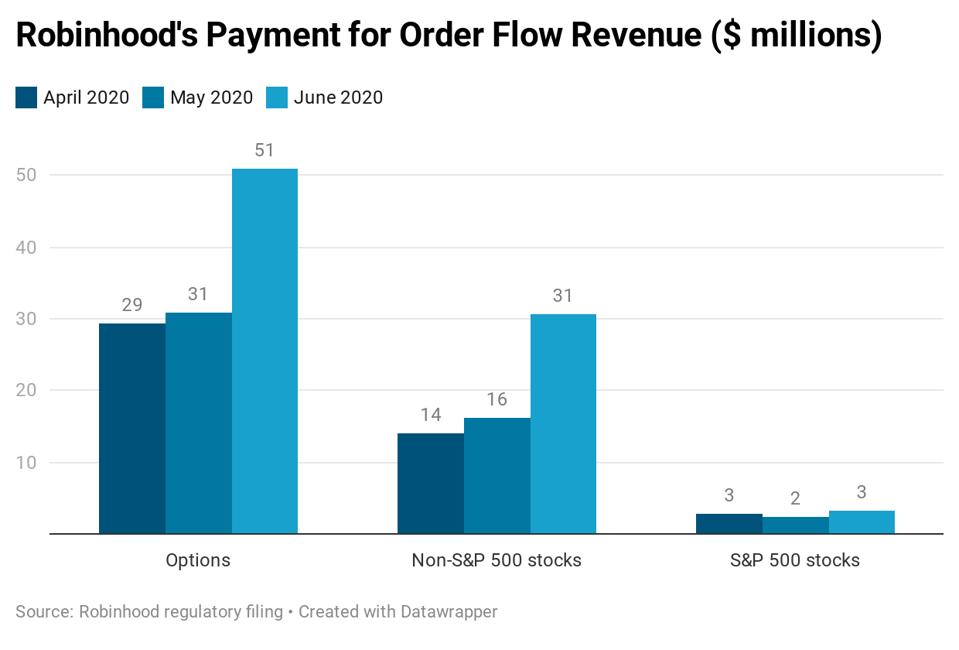 Robinhood’s hyper growth is being driven by an increase in trading volumes across the brokerage industry, combined with a surge in new customers—it added three million funded accounts in the first four months of the year. Robinhood’s three most active trading days of all time came in June, 2020.

Other brokerages are also benefiting from the stock market’s volatility over the past few months. TD Ameritrade AMTD ’s order flow revenue spiked from $220 million in the first quarter to $340 million in the second. Etrade’s jumped from $85 million to $120 million.

In addition to order flow revenue, Robinhood makes money on premium subscriptions for its “Gold” service, which gives users access to instant deposits and margin investing for $5 a month, and securities lending, where it loans stock so people can take short positions, or bets that a company will decline in value.

In June, Robinhood user Alex Kearns died by suicide after he mistakenly thought he had lost $730,000 on a Robinhood trade. Since then, the company has been widely criticized for not providing enough guardrails for users to protect them against undue risks. It recently announced that it’s considering making it harder for people to become eligible to trade options. It’s also planning to launch new features and in-app notifications that could reduce some of the confusion that likely caused Kearns to take his own life.