Rubrik’s Growth Story: How It Became A Multi-Billion-Dollar Company In Record Time 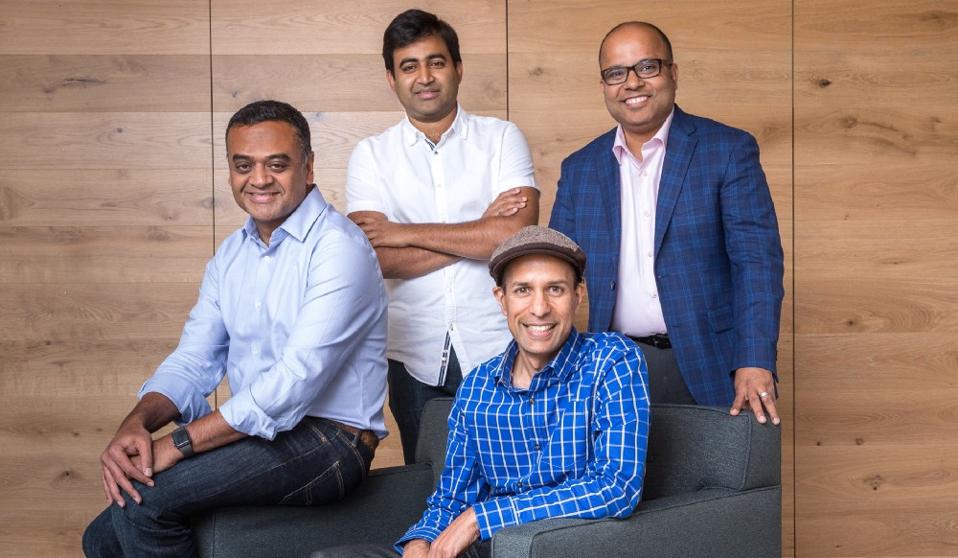 Though there seems to be a flurry of companies reaching billion-dollar valuations, only 1% of companies ever get there. And on average, companies that get to unicorn status take seven years to do so.

So when we see companies take half that time or less, there is almost always an interesting story to be told. These questions are often interesting:

Rubrik is no exception. And a look into the enterprise data backup company that reached unicorn status after just over one year can help us answer those questions and more.

To get a more detailed look into Rubrik’s growth story, I sat down with Rubrik Co-Founder and CEO Bipul Sinha. In that conversation, we talked about all Bipul’s past life as a software engineer and investor, the team’s approach to hiring, the company’s largest risks to date, how the team built a radically transparent company culture, and why messaging is especially critical in B2B SaaS.

The Foundation: How Software Engineering and Venture Capital Experience Set the Stage 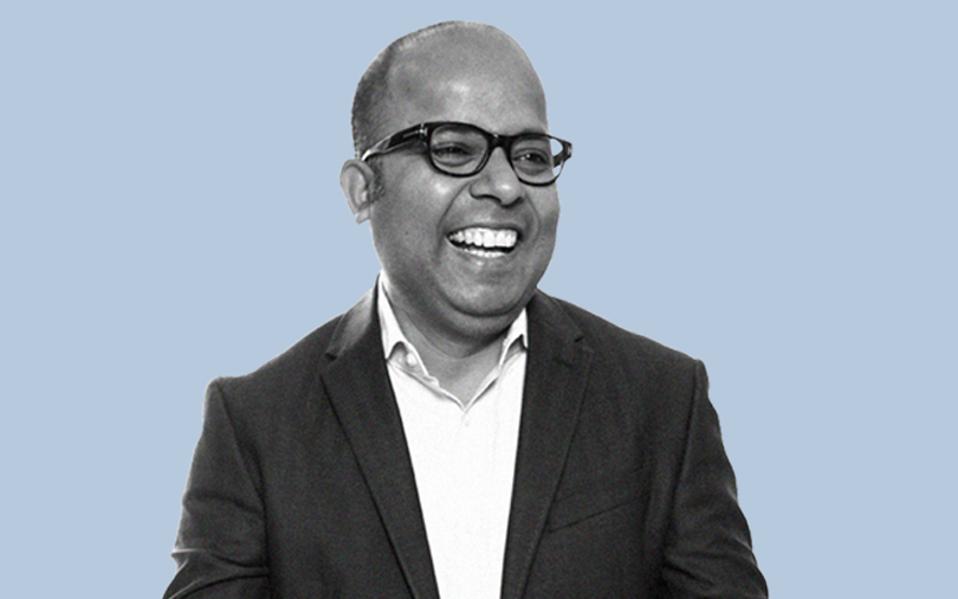 After studying Computer Science at the Indian Institute of Technology, Bipul went on to work as a Software Engineer at IBM, where he spent about a year. And upon accumulating a few more years of software experience, he made his first foray into business at Oracle, where he was a director in charge of several database and middleware products.

Bipul told me: “Software engineering was really a way to understand how to take an idea and transform that into a product that can create an impact in the marketplace and help businesses solve real-world problems.” At IBM and Oracle, Bipul experienced this principle first-hand, and especially at Oracle, learned the practical means of leading teams to bring products to customers.

Though Bipul did end up working at a number of other companies after Oracle, what truly allowed him to truly get close to the startup ecosystem was joining venture firm Lightspeed Venture Partners in 2014.

He became a partner and became quickly immersed in what made a company investable, what metrics were interesting to look for, and what areas of tech were interesting. Additionally, Bipul told me: “At Lightspeed, I was inspired by all of these entrepreneurs who were going in and creating big companies from scratch.” 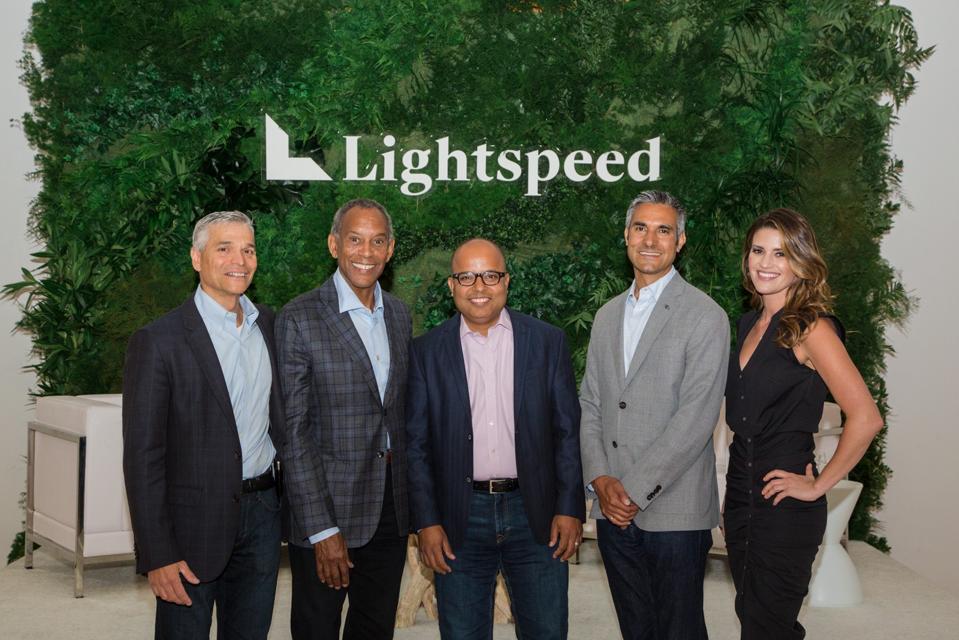 And that inspiration is what pushed Bipul over the edge to start Rubrik.

Most founders know that at the earliest stages of a startup, every hire counts. I would say it comes down to two main reasons:

But because of the second point, founders often make compromises on early hires. They look to take shortcuts, hiring people who meet the technical bar but aren’t a culture fit, and vice-versa. And the consequences are often devastating.

Bipul knew this — he needed a world-class team to build a world-class company. How did he manage to attract talent for Rubrik when it was such a small company?

Well, his approach was a little unconventional. Working in a coffee shop within the Google campus, he looked to scout the software giant’s already-talented engineers.

But more specifically, he approached these early conversations with a three-step deck, hoping to get talented engineers to join:

In the manifestation of Rubrik, Sinha told me he wanted to “create a transparent, inclusive culture where it is not top-down and you can do your life’s best.”

Along with the explanation of Rubrik’s company culture, he also “demonstrated to them how big this market is, how deep the product is, and how much impact this thing is.”

The last point Sinha made to future engineers at Rubrik was the creative opportunity it held. He told early engineers: “If you look at Google, Facebook and other companies, they have gone past the first wave of creativity — they’re all ten, fifteen, twenty-year-old companies. In the new company, you have this opportunity to do zero to one creation. You’ve got this creation phase that seems most alive because they are not following somebody else’s footsteps, but they are creating their own.”

With these three selling points, Bipul convinced a small number of world-class engineers to join Rubrik. Now, it was time to keep building. 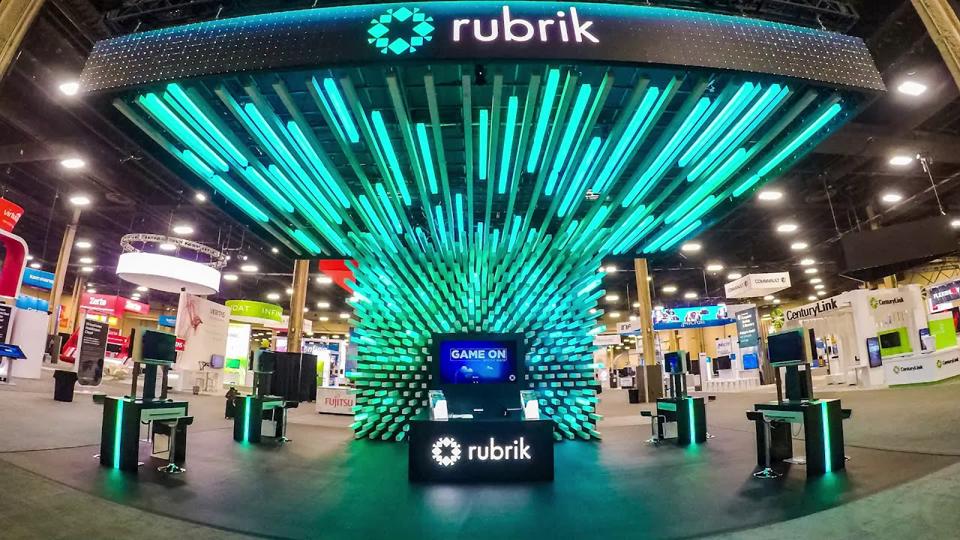 At pre-revenue, Rubrik commits to purchasing an expensive booth at VMWorld.

Especially in the early days, startups must always juggle the consideration of opportunity cost. And Rubrik was no different.

Bipul told me that In November 2014, Rubrik was six months out from launch. Nonetheless, the team decided to buy a $250,000 sponsorship package to VMWorld, a major virtualization and cloud computing conference.

This risk ended up paying off. With a successful launch at VMWorld, Rubrik was still small but certainly on the map.

With high market complexity comes the possibility of a startup having a strong team and strong product, but no product-market fit. That issue primarily comes from failing to find a compelling message that resonates with the target customer.

Especially because Rubrik’s product is highly technical, Bipul and his team really needed to make sure that their prospective customers actually understood what Rubrik’s core products can offer. They did a number of things to try to make this happen.

Bipul told me: “We did a number of customer pitches and feedback sessions with our potential customers — fifty to sixty of them — to really understand what messaging they were attaching to how they identify the problem, how they view our product, and how they value our product.”

Having this customer feedback allowed Rubrik to adjust both its product and messaging, setting it up to best serve its customers’ woes. And that messaging was crucial to helping Rubrik acquire over 100 enterprise customers. 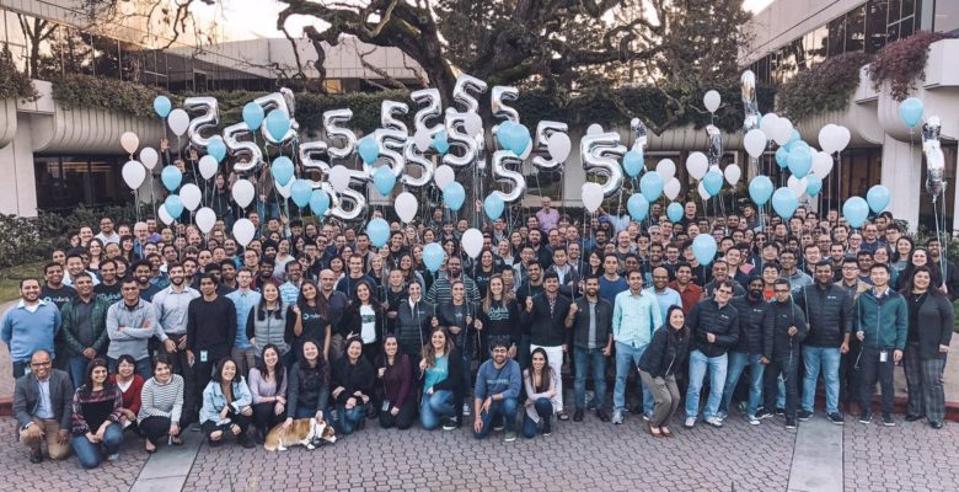 Though most companies hope to achieve a transparent culture, very few actually walk the talk. Often, engineers can understand the value of the projects they are working on but are out of sync with the startup’s metrics and roadmap.

The result? Companies where founders have all the upside and employees are unengaged, resulting from an inability to align personal and company interests.

Rubrik wanted to think differently, especially because the company inherently had a non-negligible technical gap between sales, marketing, and engineering.

Aside from hiring a strong management team to the dots across the company, Bipul and his team wanted to truly align the interests of its employees, especially across functions.

So Bipul thought: “if we open our board meetings and in the board meeting the way we communicate is focused on where we are going and what our goals are, that is the easiest way for everybody to align to our cause.”

Now, with thousands of employees and far more products than it once used to have, Rubrik’s open board meetings and transparent company culture have proved to be especially helpful in including every employee in the company’s growth story.

Too many talented teams never find product-market fit because they (arguably) focus too much on development and not enough on messaging or company culture. Often, founding teams of tech companies are even deemed unfocused if they aren’t heads-down on building.

But what Rubrik’s growth story tells us is that even if your day-to-day is building software (especially the case in hard-tech areas), you can’t forget about your customers and your employees.

Especially, when it comes to employees, hard-tech businesses that are competing against giants are already fighting an uphill battle; so even more so, they require a devoted, mission-driven team to succeed.

Getting there requires intention — the Intention to build a healthy, productive company culture and the intention to ship a solution that truly solves your customers’ problems better than your competition does.

T-Mobile for Business BrandVoice: Rising To The Coronavirus...

One Cute Little iOS Trick Has Transformed How...

If Coronavirus Is Airborne, We Should Beware Loud...

This Is Why Some Galaxies Have A Green...