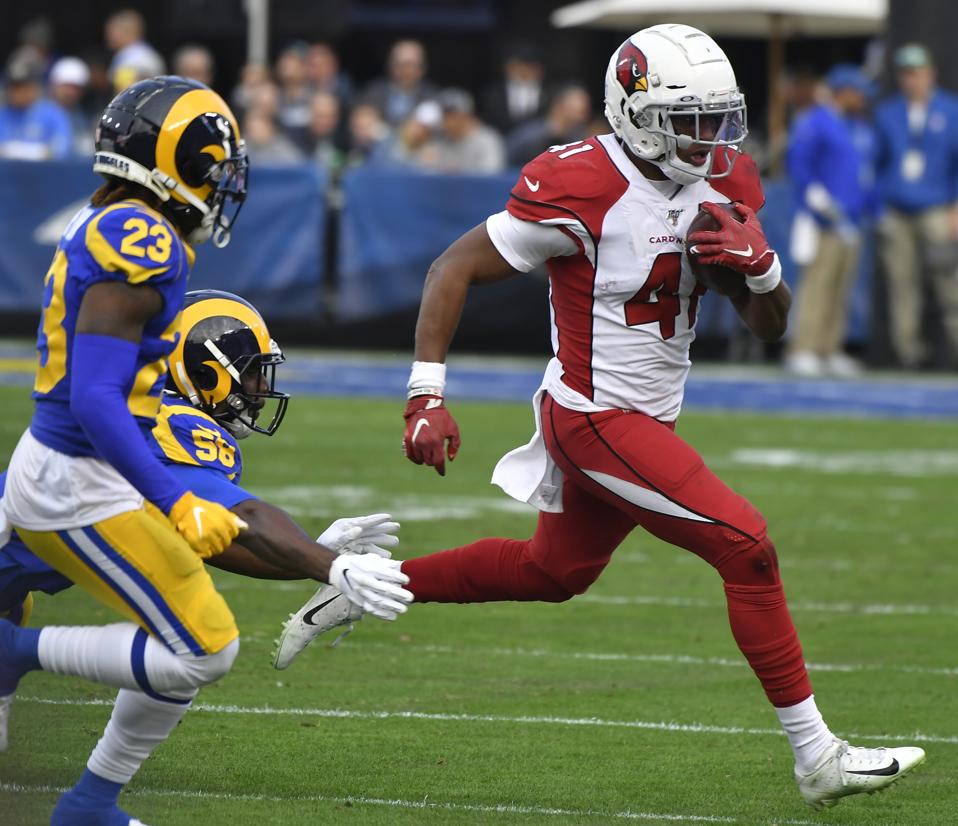 After going 3-13 in 2018, the Arizona Cardinals begun rebuilding their offense and turning it into an elite unit. The team has spent major draft capital and money adding talent and had some improvement last year under then rookie duo of head coach Kliff Kingsbury and quarterback Kyler Murray. An underrated addition last year was the Cardinals trading for Miami’s running back Kenyan Drake. Now with a full offseason and new talent around him, could this be his breakout season?

The trade for Drake was an interesting decision at the time. The Cardinals had David Johnson as their top back and Chase Edmonds as his change-of-pace backup.

What made it especially interesting is Johnson was recently paid by the Cardinals, receiving a three-year, $39 million contract the year prior. Sure, he underperformed before the Cardinals traded for Drake, but with that contract, it made it tough to justify giving anyone else carries.

With all this going on, and a new playbook to learn, Drake played great for the Cardinals. He rushed for 643 yards and scoring eight touchdowns in his eight games with Arizona. These stats were good enough to lead the team in both categories and with his 174 yards in Miami, he also broke his career high in yards and touchdowns.

Drake was set to be a free agent this offseason and though he play well for the team, there was some mystery surrounding where they’ll go. With all the money the Cardinals are paying their running backs, it would be tough to justify offering Drake a long term deal.

With Johnson now in Houston, Drake will receive even more touches this season. Drake had a lot of success down the stretch for the Cardinals as a dual-threat back, catching 28 passes for 171 yards to go along with his rushing stats.

He’s also a decent pass blocker, a key trait to have for a team that gave up the fifth most sacks in the league (50). With Kingsbury calling the plays, Drake could potentially be moved all over the field, whether it’s in the slot for a short route, outside for deep route and more.

Before hiring Kingsbury, the Cardinals were atrocious offensively, ranking last in yards per game in 2018. Though they made a jump to 21th this last season, the team has shown flashes of brilliance and made moves to improve themselves. After signing the tender, Drake is in a great position thanks to all the talent surrounding him. This could easily be his breakout season, provided he continues the hot streak from 2019.

Netflix’s ‘Altered Carbon Resleeved’ Is Not Worth Watching, Even For Fans

Customer Service And Support Teams Are In For A Long Sprint

Real Madrid Won The Battle But Can They...

Atlanta Will Have To Get Back In Line...