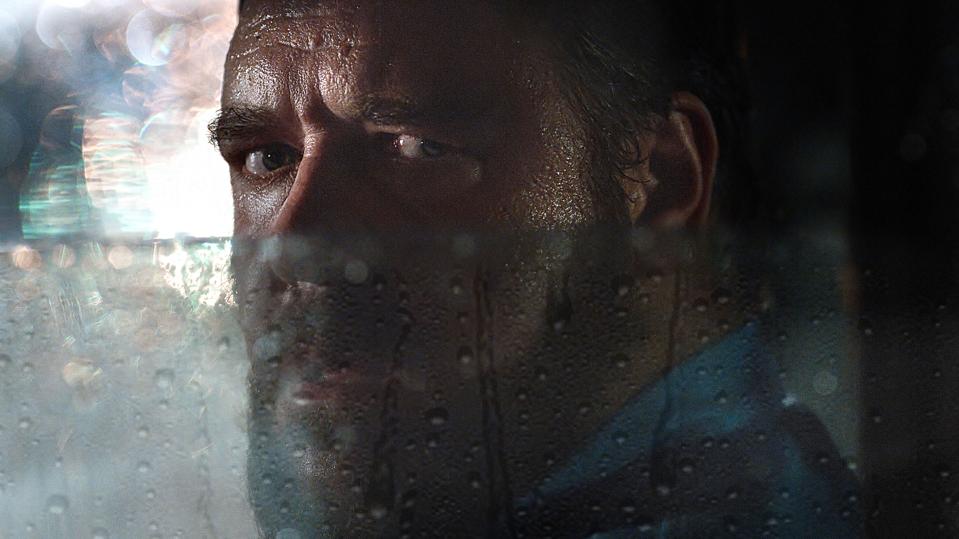 Whether Unhinged brings in the crowds right when theaters re-open, Solstice Studios has earned major brownie points with NATO and the theater chains, while the Russell Crowe thriller becomes a piece of movie trivia immortality.

Well, I guess Chris Nolan’s Tenet may not be the first “big” movie to open in nationwide theatrical release this summer. That honor is apparently going to Unhinged. The road rage thriller stars Caren Pistorious as a mother who “leans on her horn at the wrong time, to the wrong guy,” and Russell Crowe as, well, the wrong guy. The thriller, which reminds me of my favorite Batman: The Animated Series episode (“Joker’s Favor”) comes courtesy of director Derrick Borte (American Dreamer) and screenwriter Carl Ellsworth (Red Eye and Disturbia). Solstice Studios has announced that the Lisa Ellzey/Mark Gill/Andrew Gunn-produced flick will actually open nationwide (and eventually or concurrently in various overseas markets) on July 1.

Assuming nothing changes, theaters choosing to re-open in July will have a new movie for their troubles. While I don’t think this otherwise under-the-radar, $26.5 million-budgeted thriller is going to set the domestic box office on fire, the release date is a smart way to drum up publicity and guarantee copious media coverage. If it really is the only new movie in theaters when the multiplexes re-open in early July, two weeks before the alleged July 17 launch of Tenet, well, it’ll probably be the top movie that weekend at the domestic box office by default.

In fact, it is the film’s likely lower grosses, relatively speaking, that makes it an ideal first movie out of the gate. Since Unhinged isn’t expected to break the bank, it can probably get away with playing in accordance with social distancing guidelines such as capacities of 25-50% in a checkerboard format, staggered showtimes, more time between shows to allow for increased cleaning, etc. Truth be told, theatrical moviegoing is such a peak-hours business that I’d argue these guidelines would be feasible for most movies for most showtimes. It’s not like even the biggest movie is terribly crowded on a Tuesday at 12:30 pm.

I’d wager that Unhinged, be it good or bad, won’t necessarily sell out 200-seat auditoriums on a Saturday night at your local multiplex. Russell Crowe is still a “name” and he’s an added value element in films like Les Miserables, The Mummy and American Gangster, but he hasn’t had a “by himself” star vehicle hit since, at best, Cinderella Man in 2005. That’s as much about the new normal of “IP character >> movie star,” but I digress. Even if Unhinged plays to empty auditoriums, it still puts newbie Solstice Studios in good graces with NATO and the related major theater chains.

This was to be their first major release, as the newly-formed (in 2018) studio/distributor just put themselves on the map in a big way. Presuming this works as intended, it’s a smart PR coup for CEO Mark Gill as his company readies their annual slate of three-to-five $20-$80 million-budgeted theatrical features (plus a couple acquisitions or co-finances for domestic theatrical release). And even if the pandemic/quarantine situation worsens or doesn’t adequately improve, the studio gets partial credit from theaters for being willing to be the first out the door. Come what may, Unhinged may be the movie that kick-starts the 2020 summer movie season.

At the very least, it’ll be enshrined in movie trivia immortality.

Is Quarantining Bringing Out The Worst In Your Relationship? Here Are Five Communication Strategies From An Expert

Yellowstone And The Grand Canyon Will Partially Reopen....

In Rough Waters, Make Sure Your Clients Experience...