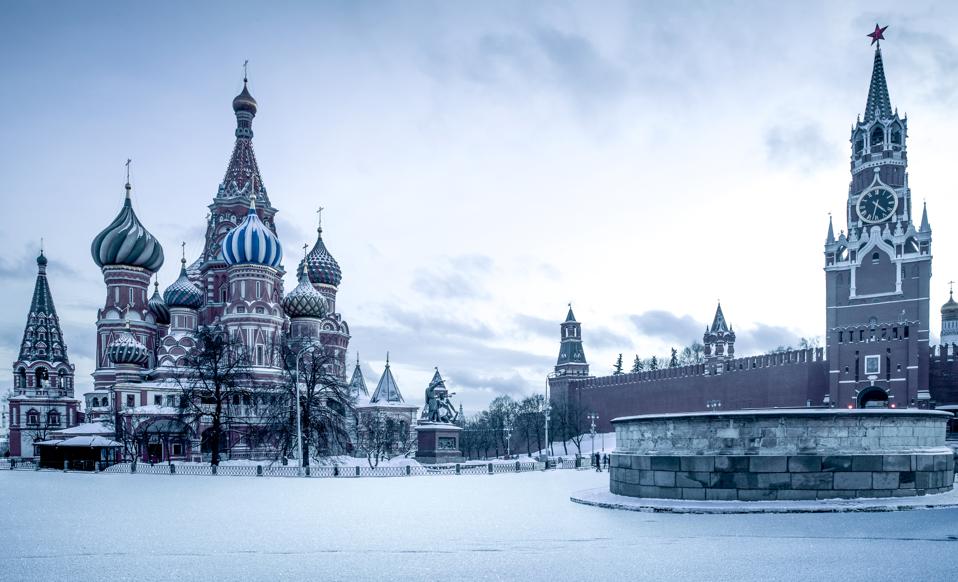 Russia refused to participate in production cuts that would reduce output by some 1.5 million barrels per day (bpd). This is a familiar attempt to protect market share and to squeeze out American shale and other higher cost producers, breaking up a quasi-cartel arrangement with the Kingdom. Saudi oil minister Ali Naimi tried (and failed) to do something similar in 2014 and 2015 to the US fossil fuel industry, but this time things are different:  the downward pressure on demand for oil caused by the global coronavirus outbreak and slowdown in global economic activity means we are in a whole new ball game. Demand for oil in Q1 of 2020 will decline by nearly 4.0 million bpd year-over-year, the largest such drop in history.

Back in 2014 when crude prices began to slip, global markets looked to OPEC – led by swing producer Saudi Arabia – to cut production and support prices. Instead, OPEC boosted output in order to protect its market share and drive out higher-cost competition in North America (and Iran). As a result,  Brent crude prices nosedived from their high at $112 per barrel in June 2014 to just under $32 per barrel in January of 2016. 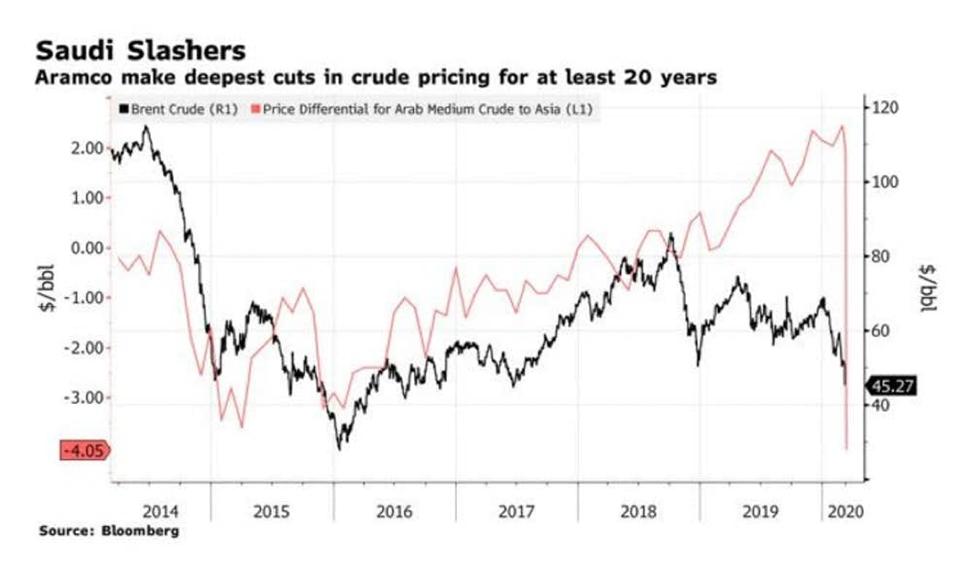 More than 120 American companies filed for bankruptcy between August 2015 and May 2017, while the number of active drilling rigs plunged by a half. The $60-$90 per barrel (bbl) break-even prices that shale drillers had grown accustomed to no longer existed. Weaker operators perished.

The companies that did survive led a resurgence of a leaner and meaner U.S. shale industry. American companies closed their least productive wells and focused on better performing sites – a strategy known as high-grading. Technological improvements across every phase of well development, including the use of advanced imaging technology to identify geological sweet-spots, led to substantial productivity gains at lower cost.

Oilfield service costs dropped along with the price of crude, bringing break-even levels down with them. The practice of drilling wells without fracturing them (DUCs or ‘drilled but uncompleted wells’) gave producers the option to perform higher-cost drilling up front, and then return to lift oil and gas cheaply once prices grew more favorable. Lenient bankruptcy regulations, too, were critical as they allowed companies to shed billions of dollars in debt and restructure their operations.

In 2017 the EIA concluded that even at prices around $30 per barrel, some 50% of US shale deposits would still be economically viable.

What seems apparent is that the Kremlin has been planning this aggressive move against American shale producers for a while now. In October 2019, Russia’s Finance Minister Anton Siluanov claimed that the country would be able to sustain the effect of the oil price drop to $20 or $30 per barrel for three years, thanks to the National Wealth Fund (currently valued at over $170 billion) and stricter fiscal regulations, which allowed Russia to balance its budget based on the lowest break-even oil price in a decade.

Hence, this is not a purely economic measure taken by the Kremlin, but rather a geopolitical one. What might have provoked Russia to retaliate against American oil producers is the U.S. sanctions imposed on Rosneft less than a month ago for transporting Venezuelan oil, which is seen in Washington as propping up the Maduro dictatorship. As the Kremlin was willing to sacrifice the Saudi-Russia relations, the bond between Mohammed Bin Salman and Vladimir Putin is now obviously broken, which is likely to bring about severe strategic implications in Syria and elsewhere in the Middle East. 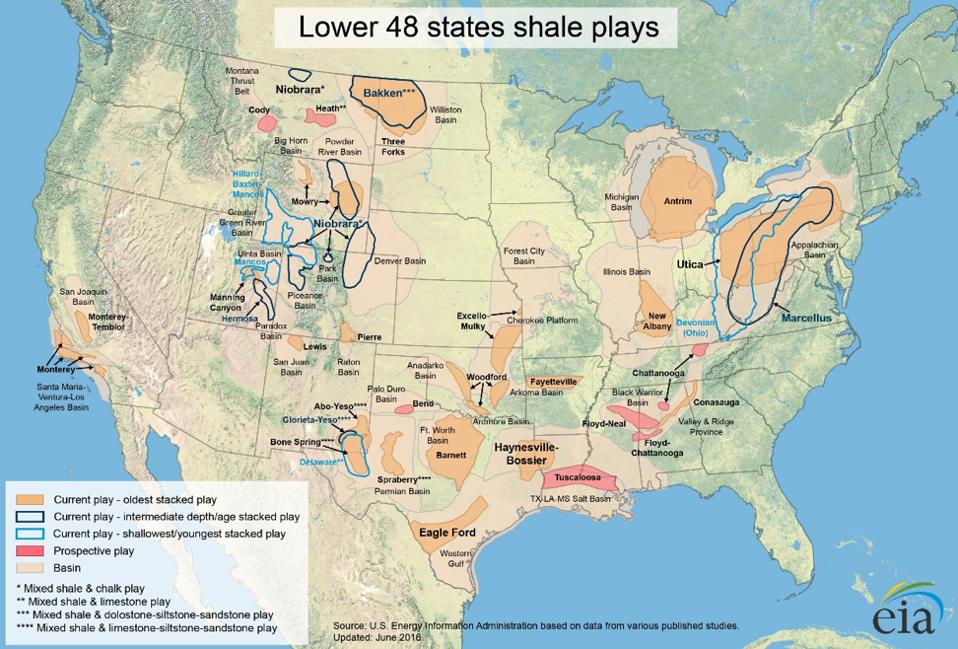 Many shale plays are in swing states including Ohio, Pennsylvania, Michigan, and New Mexico.

Furthermore, the 25% plunge in oil prices, with its negative impact on American shale producers, is likely to complicate the perspective of re-election for Donald Trump, who has championed the oil and gas sector, growth of the domestic economy, and employment. Although none of his rivals can claim to be ardent supporters of the fossil fuel industry, the 45th President may now have to campaign harder in places such as Texas, Pennsylvania, Ohio and Michigan, where the shale industry is concentrated.

This oil price crash, brought on the by global black swan of novel coronavirus and COVID-19, brings an entirely new level of uncertainty in to the 2020 US elections.

With Assistance from Bogdan Puchkov

13 Strategies For Documenting And Handling Your Spur-Of-The-Moment...