Breaking
Employers: Eight Red Flags You May Not Notice...
Ted Lasso, Other Apple TV+ Shows Arriving Soon...
What Are Working Capital Loans and When Should...
The 10 Biggest Trends in Entrepreneurship to Look...
Clubhouse Has Grown 10X In Two Months. Here’s...
Here’s Why Tyson Foods Stock Looks Undervalued At...
How To Maintain Client Relationships During Long Projects
WhatsApp Is Pushing Ahead With Its Controversial Privacy...
Australia In Talks With Facebook’s Zuckerberg Over ‘Outrageous’...
What To Expect From Deere Stock In Q1?
GME Saga Dissected In The House Committee On...
What’s Next After Mars? The 8 Spectacular Space...
Integrating Life Insurance With Lifetime Income – Part...
How To Invest Your Time Wisely In The...
Spring Forward With These Smart Home Gift Ideas
Hybrid Electric Aviation Pioneer Ampaire To Be Acquired...
Home Finance Russia’s “Boring” Economy Could Grow More, But Government Too Conservative
Finance 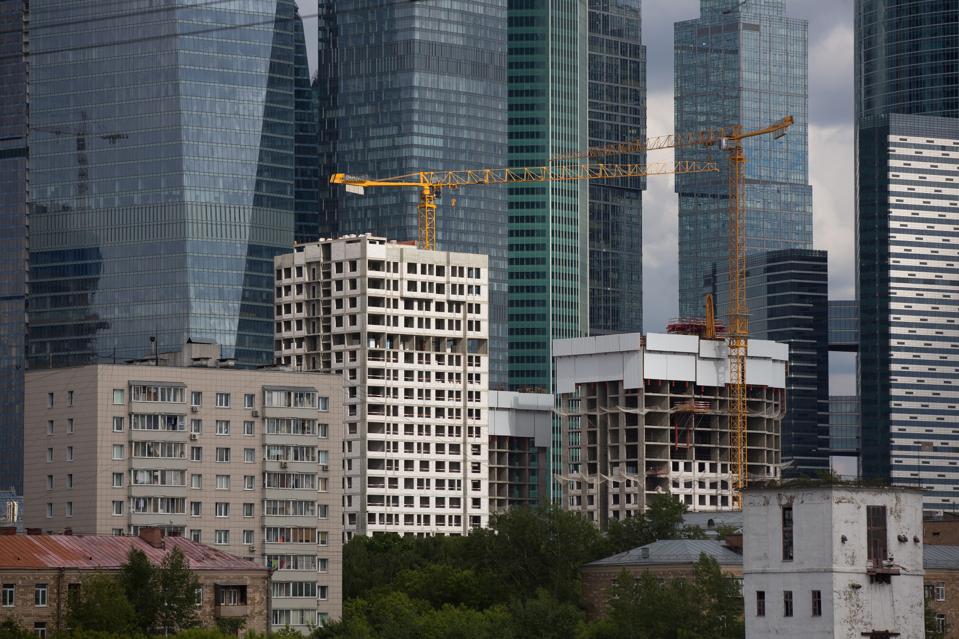 One thing you don’t see a lot of in Moscow: cranes. Photographer: Andrey Rudakov/Bloomberg

Russia is the slowest growing economy in the big four emerging markets. Some dare call it the most “boring” emerging market, despite Russian investments like the VanEck Russia (RSX) exchange traded fund being up 28.8% this year and 51.3% over five years.

“There’s too much red tape. The government can’t get out of its own way,” says Alexei Kudrin, chairman of the Accounts Chamber of Russia and former Finance Minister.

Speaking at this year’s Russia Calling conference, an investment forum run by investment bank VTB Capital, Kudrin was a total wet blanket. While panelists lauded Russia’s stable economy and plus-1% growth rate, Kudrin reminded them that Russia could do more, and they are not. 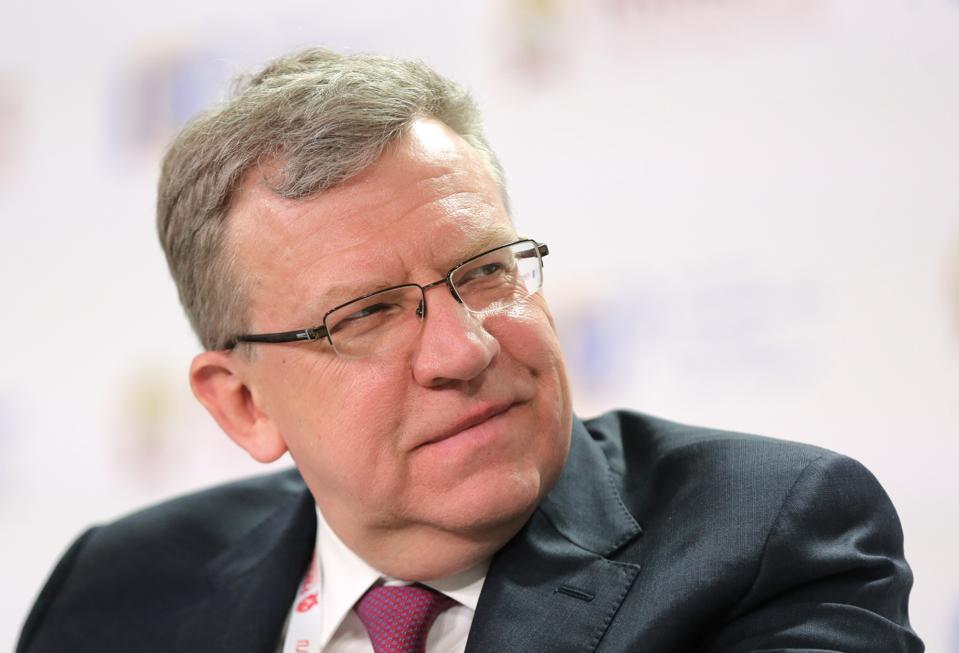 Gadfly in Moscow: Alexei Kudrin, head accountant for the Russian government, says the country is too … [+] conservative, and that’s why growth rates are so poor. Photographer: Andrey Rudakov/Bloomberg

Picture China: it has abundant high speed rail. It has ports run by artificial intelligence. It has free trade zones and — surely before the Russians — they’ll have a flying car.

Russia could do this, too, even if on a smaller scale. They need more Yandex’s, the all-purpose Russian tech name.

Russia’s provincial governments aren’t the spendthrifts their Chinese counterparts are, either.

Basically how it works is the Russian Treasury allocates money to the regions. Treasury is in charge of the cash management. If the region’s don’t spend the money by a certain time for whatever reason, they send it back.

“If you look at it from a big picture perspective, social or defense gets done spending evenly throughout the year. But capital spending, of which infrastructure development is one type, is more skewed to the end of the year so there is a chance you will see more of it then,” says VTB Capital chief economist Alexander Isakov.

There are job creating infrastructure projects in the works in Western Russia. The bigger problem is the center and far east. Governments there are slow to lay out terms for infrastructure projects. Some may not even be viable. It’s not like Russia’s Siberia is teeming with people. But until government’s commit, private money goes elsewhere. Everyone in Russia’s investment circles sees the opportunity, but the mindsets of those in Moscow and those in Siberia are quite different. 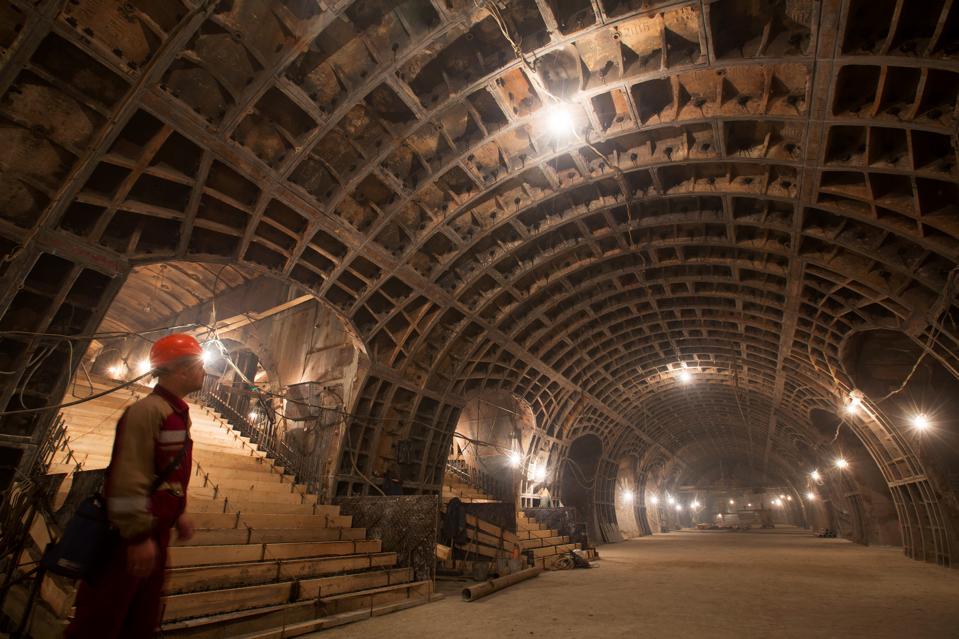 A construction worker builds out the Nizhnyaya Maslovka metro station in Moscow. Russia spends 27% … [+] of its total development budget on infrastructure, most of it in Western Russia. Photographer: Andrey Rudakov/Bloomberg

There are 78 national projects currently, according to the government’s latest project portfolio. Total investment is around 25.8 trillion rubles ($407 billion).

The likelihood of project success depends on where the money is going. For example, in the first 9 months of 2019, the probability of money being allocated and the project being finished by 2024 are highest for education (89% probability, according to VTB Capital’s assessment) and lowest for roads, export, and digitalization (20% probability).

Russian investments are being made. Their success rate is improving, going from 86% last year, to an estimate closer to 90% in 2019, according to Isakov’s calculations.

Russia’s budget has a two trillion ruble surplus. Investors would like to see them splurge a little.

Russia has its reasons for playing conservative.

Last year, Vladimir Putin said in his state-of-the-nation speech that he would cut Russian poverty rates in two. Some 13% of the population, or 19.3 million Russians live below the poverty line, according to the Irish Times.

The bottlenecks and the headwinds in Russia are as well-known as they are constant.

“We lack institutional reforms. The government is not tackling that,” Kudrin said. “The workforce is shrinking, so in order to grow you need to increase productivity. The productive rate here is half that of Europe’s. To match them, we need to increase the share of the private sector in the economy and at the moment the share of the state in the last 10 years grew to 48%,” he said. 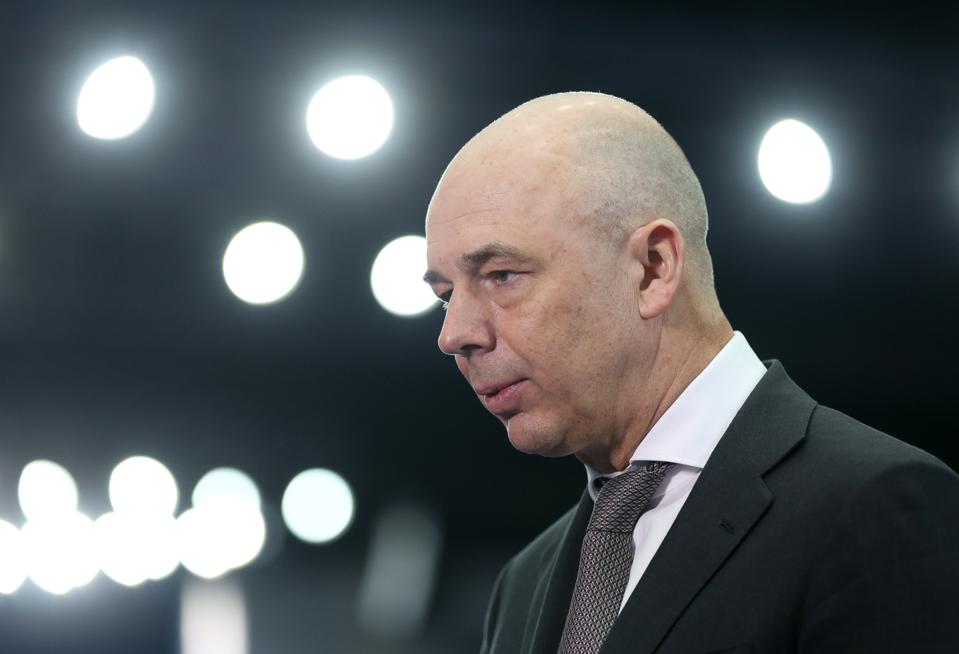 Kudrin said Russia’s economy was not competitive enough, so there was little incentive for companies to invest in innovation, too.

“I’m a little pessimistic, not because I think that Russia cannot meet the goals set by the government, but I’m not sure if meeting them is even enough,” Kudrin said.

“We want to make the environment more predictable for investors. We don’t want investors to have to think too hard about whether it’s worth investing here,” Siluanov said, adding that he wants to see Russia in the top 20 on the World Bank’s Doing Business report. They were number 35 in 2018, behind Japan. “Doing business in Russia is a good idea,” he said. “Investing here will bring you good returns.”

For good returns to mean more than bond and dividend yield, the Russians have their work cut out for them.

“It’s kind of a boring country. No one ever asks to talk about it,” says Craig Botham, an emerging markets economist for Schroders in London. “You’re growing at 1.2%. You’re fortunes are tied to energy and minerals. That’s not enough,” Botham says. “It’s a good bond story, though.”

Patriots Cheating Scandals Are Always Overblown, At Least According To Confirmed Facts