Sabrina Ionescu Is An Iron Woman 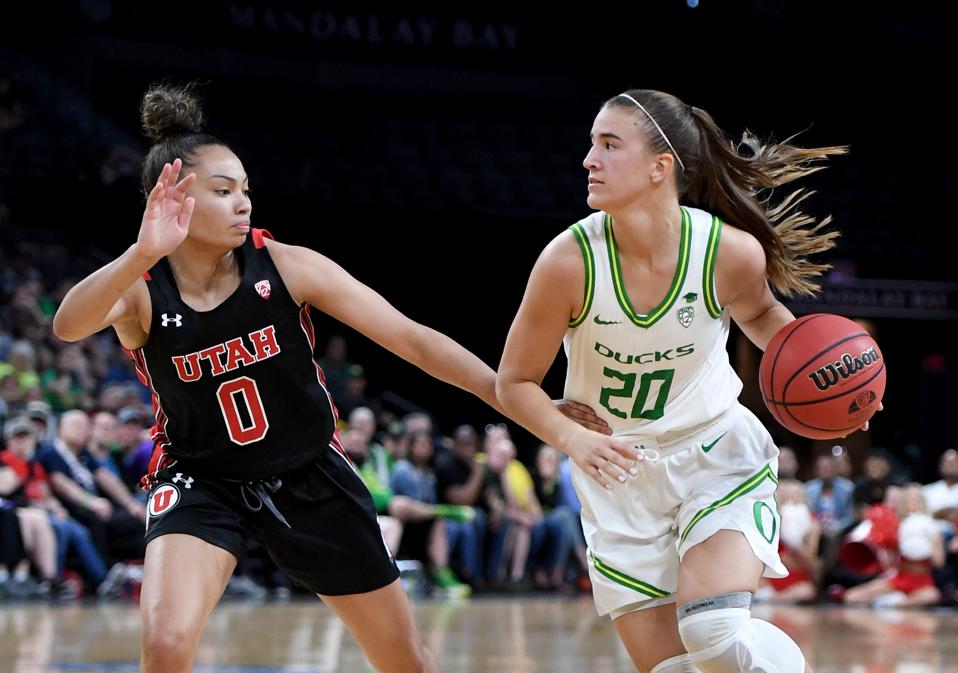 There exists a saying in sports: The best ability is availability.

The phrase implies that no matter how talented an athlete may be, it doesn’t mean jack-squat if they can’t remain healthy. For some athletes, simply staying on the court or the field or the pitch can be a difficult task.

A study published in 2016 in the British Journal of Sports Medicine found that the injury rate for women’s collegiate basketball players specifically – from 2009 to 2015 – was 6.54 for every 1,000 athlete-exposures (often defined as a single game or practice). The most common injuries occurred in the lower extremity, particularly of the lateral – or outer – ankle with 16.6% of all injuries suffered being ankle sprains. The same study found that 46.1% of all injuries resulted in an athlete missing at least one game.

Another study, published in 2018 in the Journal of Athletic Training, found that the injury rate for women’s basketball players was higher in college (4.96 injuries per 1,000 athlete exposures) than in high school (1.82) with injuries of the ankle, knee, and head being most common.

Injuries of the knee, particularly the anterior cruciate ligament (or ACL), are relatively common amongst female athletes and can have a detrimental effect on the athlete’s career and draft stock. It has been estimated that female collegiate athletes have a 2-8 fold increase in ACL injury risk compared to their male counterparts. A study published in 2016 in the Clinical Journal of Sports Medicine found that 60% of all ACL injuries suffered among female collegiate athletes were non-contact in nature. The same study also concluded that the average annual incidence of ACL injury among collegiate women’s basketball athletes is increasing.

In a world where the best ability is thought to be availability, staying healthy is no small task.

The University of Oregon’s Sabrina Ionescu has, arguably, the most ability in all of women’s basketball.

Her time in Eugene can only be described using over-the-top adjectives – such as miraculous and dumbfounding – and even that may do the point guard a disservice.

She’s the NCAA’s all-time leader in career triple-doubles (26); she’s the first NCAA athlete – male or female – to accumulate at least 2,000 points, 1,000 rebounds, and 1,000 assists over the course of her career; she won the John R. Wooden Award twice, the Nancy Lieberman Award – given to the nation’s top point guard in women’s basketball – three-times, and was named the Associated Press and Naismith Player of the Year after the 2019-20 season was shutdown due to the COVID-19 outbreak. Without a doubt, she is one of the greatest college basketball players the world has ever seen.

And one simply can’t accumulate those kinds of accolades without playing…a lot.

Ionescu missed a mere four games – all during her freshman season due to a minor thumb injury – despite playing a total of 4,917 minutes – most of which the opposing team homed in on her – across 142 games over her college career. Tack on the 128 games she played in high school and Ionescu has appeared in 270 of a possible 274 league sanctioned games since 2012. That is a remarkable run of health in a sport where missing time due to injury is often an inevitability.

Thus far, Ionescu has been a veritable iron woman; however, that doesn’t mean she hasn’t had to fight through aches and pains. In a touching story written by Bleacher Report’s Mirin Fader on her senior season and relationship with the late Kobe and Gigi Bryant, it was revealed that “[Ionescu] used to limp through practices from going too hard, from not telling her coaches she felt pain bordering injury.” This is a common occurrence among athletes, though Ionescu’s ability to stave off major injury is a testament to her work ethic and, perhaps, luck.

The New York Liberty will select Sabrina Ionescu with the first pick of the 2020 WNBA Draft Friday night, making her the first Duck ever selected in the first round of the WNBA draft; teammates Satou Sabally and Ruthy Hebard are likely to follow close behind. She has all the basketball ability in the world and figures to be the latest athlete to take the WNBA by storm. However, for all of her on-court talent, her health may be one of her best tools.

After all, the best ability is availability.

$3.5 Billion Has Flowed From U.S. Taxpayers To The World Health Organization Since 2010

7 Side Hustles For Teachers Who Want To...

Your 2020 Attitude: Surviving Is Winning

Beware Of These Behavioral Biases When Launching A...

How To Make Sure You’re Hiring Someone Who...