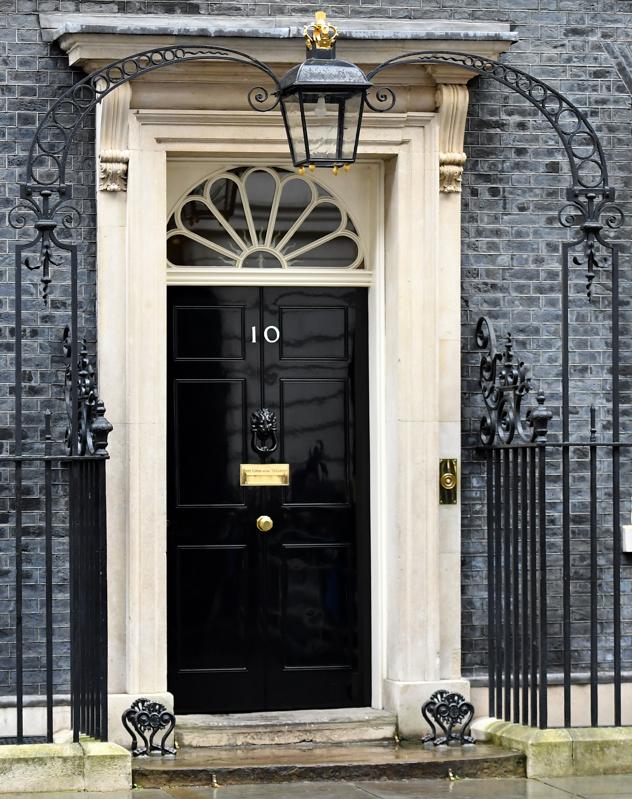 LONDON, ENGLAND: The front door of 10 Downing Street has been opening and closing with high … [+] frequency on February 13, 2020. (Photo by Leon Neal/Getty Images)

The famous, black front door to Number 10, Downing Street has been opening and closing on many a ministerial career this morning as the U.K. Prime Minister, Boris Johnson has wasted no time in reshuffling his cabinet.

Just nine weeks, i.e. 63 days after his astonishing election victory on December 12, 2019 with a majority of 80 seats Johnson has decided to reshape his ministerial team as he gets on with rebuilding the nation.

It is not quite a St Valentine’s Day massacre but not much love was in the air. Please forgive me for sweeping past some of the lesser movements at the top table. The economist in me is compelled to focus on what may have been a clash of ego, or principle between the neighbours of 10 and 11 Downing Street.

Sajid Javid has resigned as chancellor as he refused an order from Boris Johnson to fire his team of aides, “Special Advisers” or “SPADS”. He said that “no self-respecting minister” could accept such a condition. Mr Javid had been due to deliver his first budget in four weeks’ time. 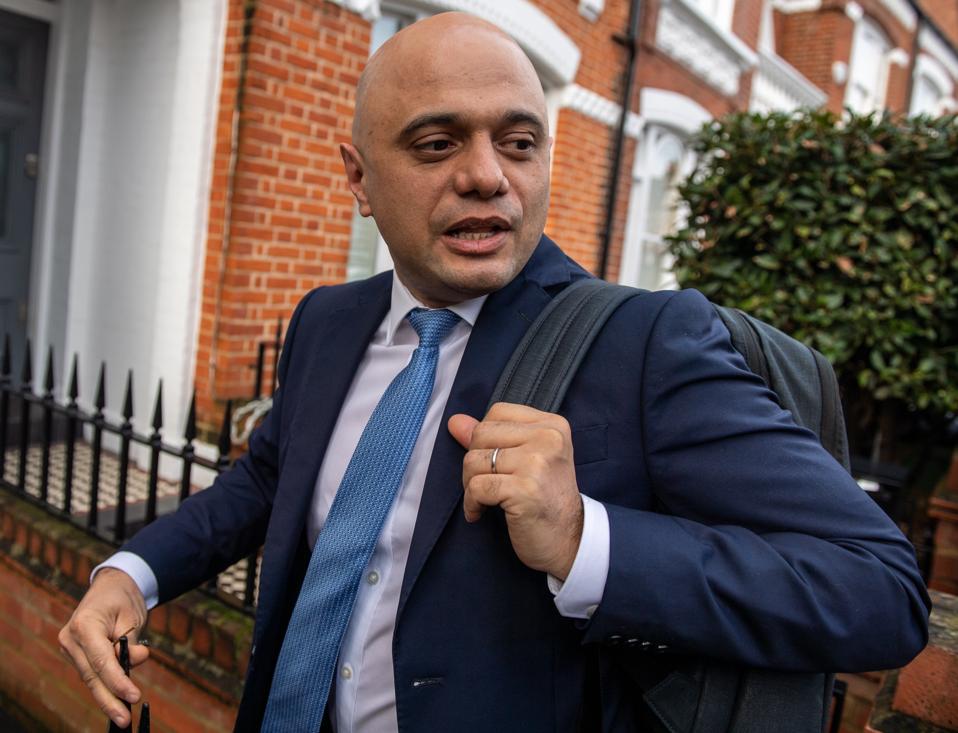 LONDON, ENGLAND – FEBRUARY 13: Former Chancellor of the Exchequer, Sajid Javid, arrives back home … [+] after resigning from his post on February 13, 2020 in London, England. . (Photo by Chris J Ratcliffe/Getty Images)

Javid, aged 50 and MP for Bromsgrove since 2010 is a former home secretary and was appointed chancellor by Johnson when he became prime minister in July 2019. He may be the first thorn in Johnson’s side from the back benches.

His resignation is a shock, but it comes amid rumours of tensions between Mr Javid and the prime minister’s senior adviser Dominic Cummings. Such was the rancour that there were reports that the team in Number 10 referred to Javid as “CHINO” “Chancellor In Name Only”.

Mr Javid had apparently been on bad terms with Dominic Cummings for several months as in August 2019 Cummings had summarily sacked Javid’s adviser Sonia Khan, without telling the chancellor first. Thus, igniting an intense battle for the ear and approval of the prime minister ahead of the March budget.

Cummings was keen to open the spending spigot and was able to steer policy through that delivered major financial commitments to the health service and police before Javid fettered the financial freedom.

On February 5 the “Financial Times” reported one person with knowledge of the Downing Street face-off said: “Dominic wanted him to announce lots of new spending and lots of tax cuts,” in spite of Treasury concerns about weak public finances and continuing Brexit uncertainty.

In the run up to the December 12, 2019 election Javid, with the support of Isaac Levido, an Australian political strategist who was the head of the Conservative Party’s campaign in the general election, won a victory.

He persuaded Mr Johnson to adopt a rigorous fiscal approach in order to create clear blue water with the wild tax, spend and nationalise program Jeremy Corbyn’s Labour Party. There really was little to be gained by locking horns with labour as to who could spend the most.

However, it has become clear that in making a pledge to balance the day-to-day budget by 2022-23 the government have placed themselves in a financial straight jacket. With £106 billion ($138 billion) committed to HS2 the vision of levelling up the economy and reviving the north and Midlands is going to be hard to deliver. 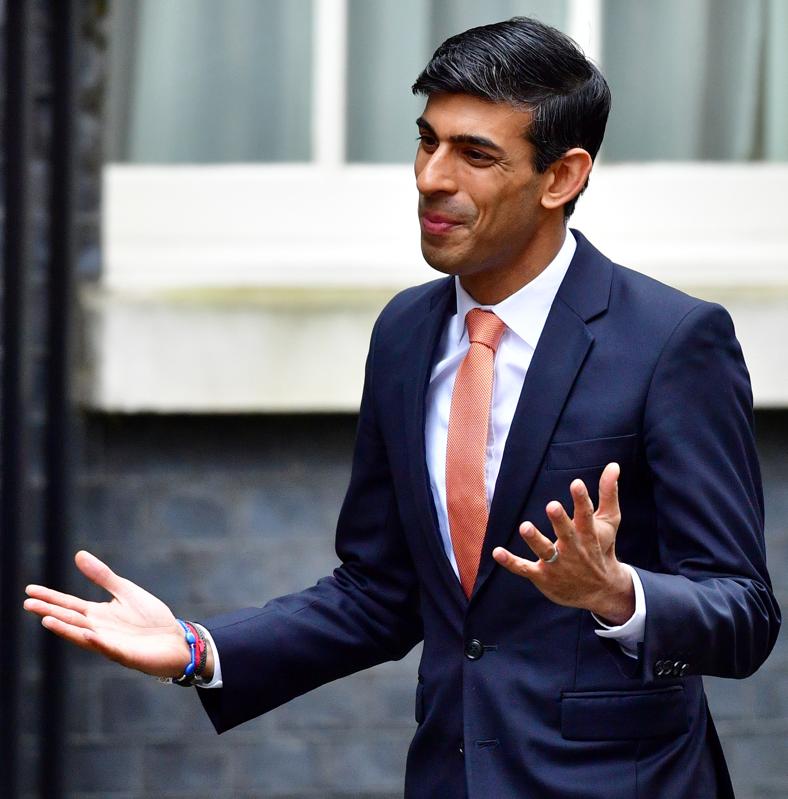 LONDON, ENGLAND – FEBRUARY 13: Rishi Sunak, the new Chancellor has a big job on his hands. (Photo by … [+] Leon Neal/Getty Images)

The challenge ahead is going to be tough, but someone must step up and that individual is Rishi Sunak who was Chief Secretary to the Treasury. Sunak, 39, was educated at Winchester College and Oxford University, after which he went on to establish an investment firm. What a meteoric rise. Just seven months ago he was a junior housing minister.

What has been the reaction on the markets to this politicking?

To be frank, the foreign exchange market has not appeared too perturbed as GBPUSD did at first drop below 1.2970, paring previous gains before reversing the losses. As the news of Sunak’s appointment GBPUSD moved higher and at 13:44 GMT (08:44 Eastern) the pair is trading at 1.3036. The technical outlook is also encouraging for the Pound Sterling with a good level of support at 1.2884 and potential upside targets at 1.3170.

The FTSE 100 is not is such fine fettle as at the same time it is off by 1.53% or 115.29 points at 7418.83. The stock market has fallen on wider issues than the musical chairs in Downing Street as the rise in the number of people recorded as being affected by the coronavirus in China prompted a rush to safe haven assets.

Shares in Barclays weighed on the FTSE 100 as they fell over 2% on the announcement of a probe by the Financial Conduct Authority into the relationship between CEO Jes Staley and the late Jeffrey Epstein.

We will look back on today as the first incidence of “Boris The Brute” as he projects his prime minister power and uses the full strength that an 80-seat majority affords him. We wait to see how effective Rishi Sunak will be, but with a powerful prime minister and a highly influential adviser in Dominic Cummings inside Number 10, he better not mess up with the money!

Shohei Ohtani Is The Next Christian Yelich (And...