Breaking
Google Meet’s Unlimited Calling Will Continue To Be...
The Need For Speed-Is Quantum Computing A Good...
Stock Market Crash: The End Game Approaches
Best Video Conferencing Software
For These Indigenous Artists “Land Back” Is Both...
The Current Tech Stock “Bubble” Reflects Pessimism, Not...
A Look At What’s Inside House Democrats’ New...
How Public Health Experts Are Harnessing The Power...
This Husband And Wife Built A Luxury Brand,...
This Husband & Wife Built A Luxury Brand,...
Luxury Footwear Brand Chelsea Paris Re-Launches And Stays...
The 30 Upgrade Module ‘Avengers’ Farm Trick You...
50 Years After Milton Friedman, Where Does Capitalism...
House Prices To Rise Through The Recession As...
Is An Internet Service Provider Revolution On The...
Why Selecting The Right Chairs And Tables For...
Home Technology Samsung Galaxy Note 20: Everything We Know So Far
Technology

Samsung Galaxy Note 20: Everything We Know So Far

The Galaxy Note 20 range has, arguably, the most passionate smartphone fans in the world. So while Samsung’s all-new Galaxy S20, S20+ and truly bonkers Galaxy S20 Ultra (details) are grabbing all the headlines right now, Note fans know they should wait. And now the first Galaxy Note 20 leaks have arrived, waiting makes a lot of sense. This is why.

Tip: this article will be regularly updated, so bookmark it 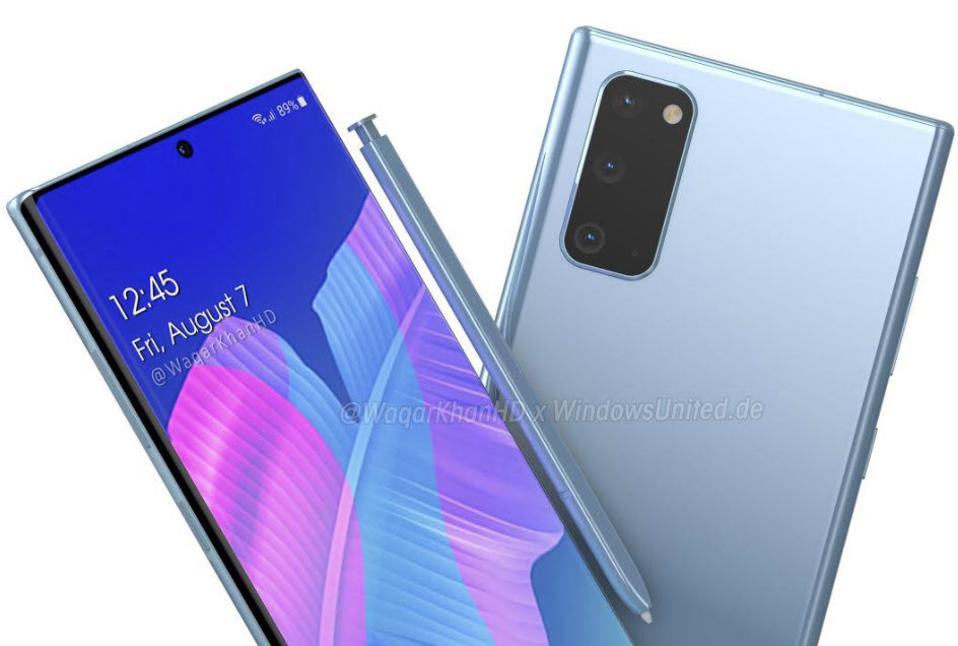 Codename – the Galaxy Note 20 is codenamed “Project Canvas’ and this is a big spoiler. While the Note range’s S Pen has already been great for taking notes (and pretty good at drawing), this specificity of the codename strongly suggests a big upgrade in 2020. Popular leaker Ice Universe has already revealed “new features” are coming, but expect this to be in both hardware and software. The Note range will switch to the same ‘20’ branding as the S series (which had a massive camera overall to mark this new beginning) and for the Galaxy Note 20 it’s the S Pen getting the big makeover.

Display – here we will get a step-up from the already superlative Galaxy S20 screens. We know this thanks to Samsung, which announced its new enhanced OLED displays have now entered mass production, meaning Galaxy S20 owners just missed out. Samsung promises lower power consumption and reduced blue light in these panels, saying: “Our 5G-optimized OLED display is taking the lead in the 5G era with its crystal clear imagery, distinguished designs, economical power consumption and increasingly eye-protective functionality.” Sorry, S20 owners.

Camera – As Samsung has done for several years, the new Galaxy Note lineup will use the same camera modules as the Galaxy S20 models. Given the seriously buggy launch for this otherwise outstanding hardware, expect updates to the S20 range to mean the Galaxy Note 20 series has a much smoother arrival out the gate. The only question is whether there will be a Galaxy Note 20 Ultra to use the crazy 108MP camera in the Galaxy S20 Ultra. 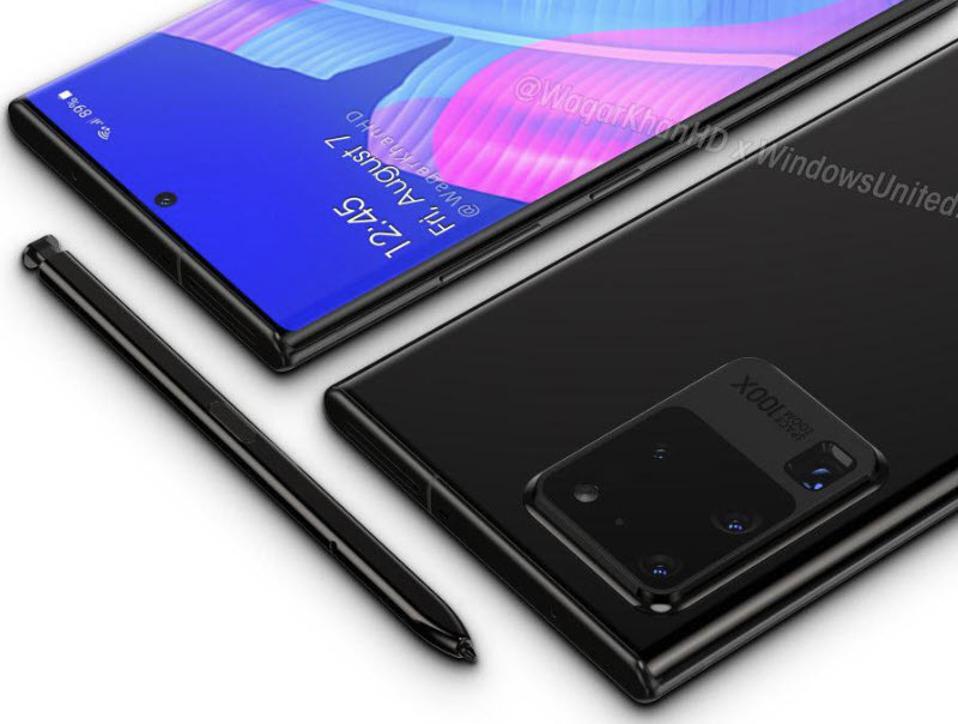 Performance – there have been no Galaxy Note 20 spec leaks yet, but this is one area where we already know what will happen because it happens every year. The Galaxy Note 20 line-up will get the same Snapdragon 865 / Exynos 990 geographic split (US gets Snapdragon, everyone else gets Exynos) as the S20 line-up and 5G as standard. Though Samsung has already confirmed some new memory upgrades, the big question is whether will Samsung add a Galaxy Note 20 Ultra as well.

Connectivity and Ports – As mentioned above, 5G will come as standard (it’s a mandatory feature for manufacturer’s using Qualcomm’s Snapdragon 865 chipset) along with next-gen WiFi 6. But an interesting leak says Samsung is considering bringing back the microSD slot which was controversially removed from the entry-level Galaxy Note 10 last year. That said, don’t expect a similar reprieve for the headphone jack, it has gone for good.

Biometrics – The big surprise with the Galaxy S20 range is Samsung did not use Qualcomm’s next-gen 3D Sonic Max fingerprint scanner, despite it being available to smartphone makers since September. The Galaxy Note 20 line-up surely fixes this mistake and given its faster scanning time, support for a much wider reading area (making no-look unlocks easier) and dual fingerprints, this would be a big upgrade from the hit and miss gen-one sensor in Galaxy S20 phones.

Battery Life – again expect the Galaxy S20 smartphones to have the best battery life due to the internal space set aside in the Note line-up for the S Pen. That said, Samsung went big on the battery capacity for the S20s, so expect the Note 20s to come close to these battery sizes:

As for charging, 25W is standard for the Galaxy S20 and S20+ with 45W exclusive to the S20 Ultra (though with little real-world benefit). A similar split (especially if there is a Note 20 Ultra) means sense here. Wireless charging and Wireless Power share (charging other devices), however, didn’t step up with the Galaxy S20 range, so maybe Samsung pulls some surprises here but nothing has leaked so far.

Price – This is perhaps the biggest worry for the Galaxy Note 20 phones. Samsung, arguably, pushed prices too high with the Galaxy S20 phones:

How the S20 range sells will be a big indicator of whether Samsung sticks with the eye-opening strategy. I hope for a change of heart, but I suspect only a sales disaster will make Samsung change course.

Release Date – Samsung seems to move up the Galaxy Note launch date every year. August 7 was the launch of the Note 10s and I’d expect another early August launch for the Galaxy Note 20 lineup as Samsung tries to make some space for sales before Apple launches its next-gen iPhone models in mid-September.

The Galaxy Note 20 range will be heavily influenced by the Galaxy S20 models with design, performance, camera and (sadly) pricing all set to be similar. But there are also enough potential differences (display, biometrics and that big S Pen upgrade) to suggest this will be the most well-rounded and polished smartphone Samsung releases in 2020.

Galaxy Note fans will be happy to wait for its arrival. But, given the Galaxy S20’s bugs and high prices (big reductions will come), I’d suggest many Samsung fans should hold tight as well.