Breaking
Netflix And Roku Stock: The Crucial Difference
The Risk Of Treating Bitcoin As A Safe...
U.S. Methamphetamine Overdose Deaths Surged Over The Past...
A Scalable System To Lower Unemployment
How Are Bitcoin, Tethers And Dollars Connected? An...
‘Fortnite’ Sunflower Farm Location: Where To Find A...
The “Lies” We Tell Job Applicants
Money Flows To Govtech – Has A Cinderella...
Ask Larry: Can I File And Suspend My...
For Insight On New Covid-19 Variants, Look To...
Mindfulness Makeover: How To ‘Just Be’ No Matter...
Four Simple Steps To Creating High-Value Offers That...
How CPRA Is Forcing Privacy To Become A...
Nine Common Mistakes People Make When Building Their...
The Best Tax-Free Municipal Bonds For 2021
Our Feelings Aren’t A Distraction In Business, They’re...
Home Technology Samsung’s Serious Cyber Monday Deals Will Cause Problems For Apple, Google
Technology 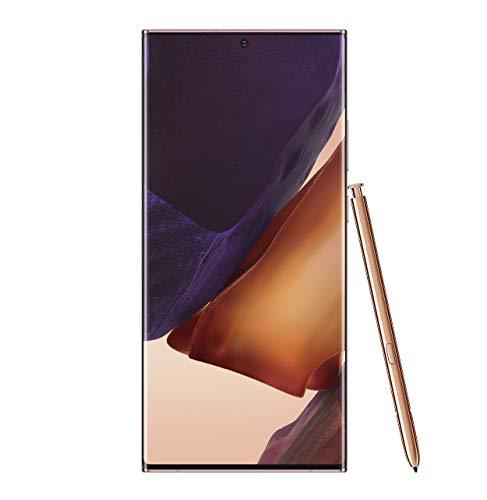 Smartphones will likely be one of the most popular categories this holiday shopping season, with almost all Android manufacturers knocking money off their cheaper devices. But products from Apple, Google and Samsung are what buyers really want – and it is Samsung that has outflanked the competition with its hefty price cuts.

Samsung isn’t exactly shy with its promotions, the Korean company is notoriously aggressive when it comes to undercutting the competition. 2020 appears to be no different.

Update 11/28: Samsung’s Black Friday deals are still available throughout the weekend and Cyber Monday. Tablet shoppers can also pick up discounts on Samsung’s Galaxy Tab S7 range (both the 11-inch and 12.4-inch), which have $100 off. The trade-in prices detailed below differ slightly, but are just as good.

Samsung will take your 2018 iPad 9.7 for $200, or your iPhone XS for $400 – $30 less than what it will take for your iPhone XS if you’re buying a Samsung phone. Samsung is also accepting tablets from Microsoft, LG, Lenovo, ASUS, Google, LG and Sony. Although prices vary wildly and, predictably, you’ll get the most for a Microsoft, Apple or Samsung tablet.

The Korean company is also giving away $30 of additional credit towards wearables like the Galaxy Buds Live/Plus and Galaxy Watch 3. This is alongside straight discounts of up to $100 off on all of its wearables (most are discounted by $60). If you have a device to trade-in there are more savings to be made.

Google doesn’t have a Pixel Watch (yet), but its Pixel Buds headphones have not been discounted for Black Friday. Meanwhile Apple is offering a £25 gift card with the AirPods and AirPods Pro (alongside a free engraving), and Apple Watch Series 3, which comes with three months free of Fitness+.

The Gift Card deal is extended to the iPad, too, which comes with $100 credit and 1 free year of Apple TV+, alongside a free engraving. For its smartphones, Apple is offering a $50 gift card to spend in-store on the iPhone 11, iPhone XR and iPhone SE, which doesn’t match up to Samsung’s deals.

Apple is famously stingy with its shopping season discounts. You’ll have to go to other retailers like Best Buy, Target and Walmart to find straight money-off deals. Check out my colleague David Phelan’s round up for details.

But the issue with shopping at third party retailers is that not all of them offer money for your old phone, which is why it’s good to check what deals manufacturers are offering first. It is in trade-in prices that Samsung is comfortably beating Apple and Google.

This gap in trade-in deals can be seen across the full range of devices that both companies will accept.

Samsung also has a “cracked screen” promotion. For example, it is offering $350 for an iPhone XS with a cracked screen, Apple is offering $300 for a phone with normal wear and tear. The specific difference here is that Apple will not accept your phone if it has a major crack, whereas Samsung will accept phones with cracked screens under this special promotion if it falls under the below requirements.

Samsung’s trade-in prices means it should be your first stop if you’re hunting for Galaxy products and you have old tech to sell. But if you want to buy an iPhone or a Pixel, then take a look at the deals other retailers are offering here.

Student Loans Are Due January 1—Do These 7 Things