Breaking
How To Get Your Startup Business Off The...
How To Create A COVID Safe Construction Site
How to Make a Good First Impression at...
Global Consumer Sentiment Barely Inches Up As Coronavirus...
‘Destiny 2’ Has A Very Special Quest Going...
Is Now A Good Time To Start A...
City Transit: How To Balance Safety And Mobility...
How To Protect And Grow Your Brand On...
iOS 14: Here’s Why There’s An Orange Dot...
Refurbished Mobile Phones: All You Need To Know
Filling A Vacuum – The Entrepreneurs Stepping Out...
Nikola Founder Trevor Milton Reportedly Resigns After Short-Seller’s...
The Trial Penalty And The Case Against Preston...
10 Ways AI Is Revolutionizing Sales
Le Third Scheme
Nvidia’s Stocks May Plunge 12% Following Its Deal...
Stoke Tank Empty? Check Out Social Media Celebs...
Ask Larry: What Happens To The Money Withheld...
How Far Will Tech Decline?
Home General SAP BrandVoice: Is Climate Change A C-Suite Issue? Absolutely.
General 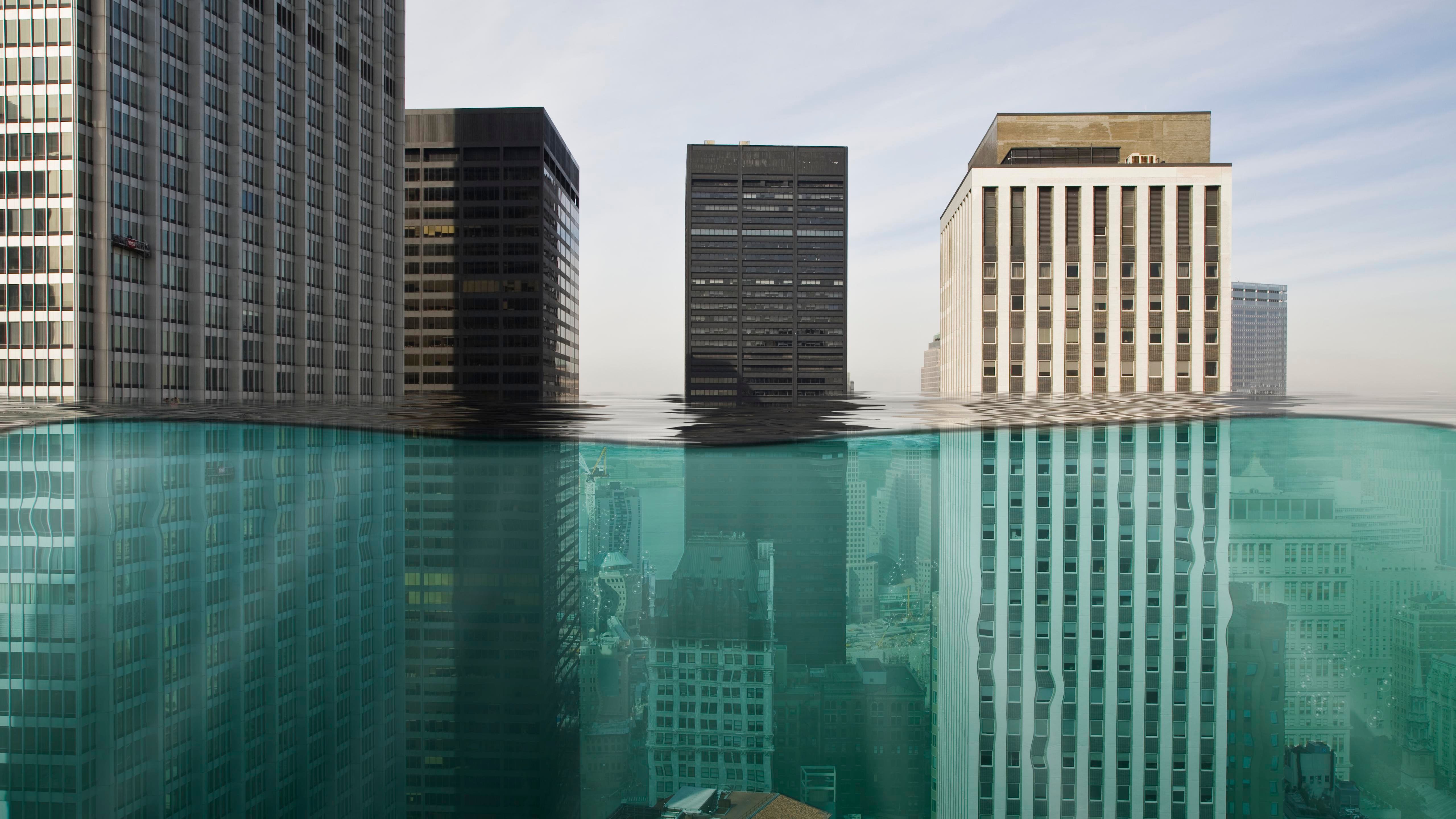 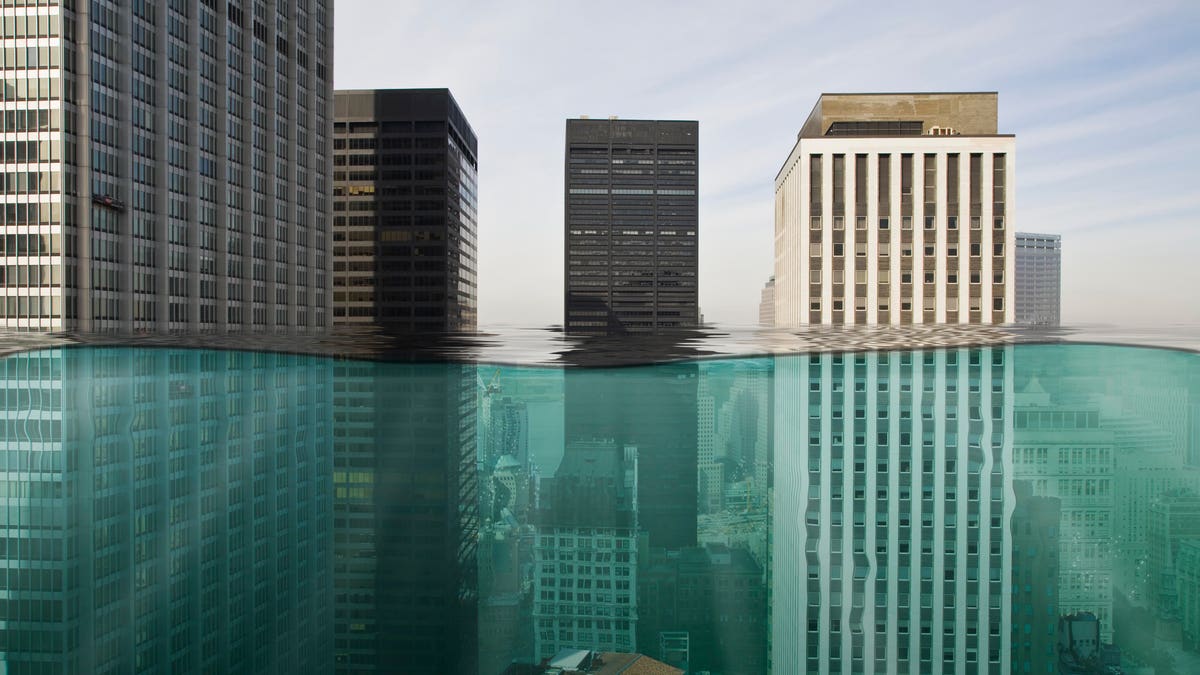 Around the world, leaders of businesses large and small are making tough decisions about what to do in the wake of this pandemic.

The company-wide moves to work from home, supporting employees with their home-schooling responsibilities, and ensuring vulnerable workers are supported have been welcome signs of empathy and humanity from the c-suite in many organizations.

Yet, for 200 CEOs that gathered at a business roundtable back in August 2019, this kind of employee-first mentality was just business as usual.

There, these CEOs issued a statement with a new definition of the “purpose of a corporation.”

“The reimagined idea of a corporation drops the age-old notion that corporations function first and foremost to serve their shareholders and maximize profits” wrote Maggie Fitzgerald for CNBC about the meeting.

“Rather, investing in employees, delivering value to customers, dealing ethically with suppliers and supporting outside communities are now at the forefront of American business goals, according to the statement.”

Months later in January 2020, that sentiment carried through to the World Economic Forum Annual Meeting in Davos. There, one concern was top of mind: climate change.

Inaction Is Not Leadership: Why The C-Suite Is Now Driving Climate Change Efforts

Prior to Davos 2020, it looked as though political systems and governments would lead efforts to curb climate change. That thought took a major blow, however, in 2016 when Donald Trump pulled the United States out of the Paris Climate Agreement.

Still, American cities across the country pledged to keep to the plan – from Austin, Texas and Atlanta Georgia, to New York City and Los Angeles. Around the world, in fact, many cities have already hit their peak of carbon emissions.

At Davos, we saw that CEOs are committing to addressing climate change faster and with greater reach than many in the public sector. Leaders are beginning to put reducing carbon emissions on the agenda for every company initiative.

In fact, CEOs at Davos 2020 even discussed a potential carbon tax on global business – and willingness to accept such extremes.

A new report suggests that a $75 carbon tax would cost global business $4tn, according to David Craig of Refinitiv. That would change business incentives and the pace of transition dramatically. To even discuss this is encouraging; though execution efforts could be complicated given the pandemic.

It’s a move few politicians are yet ready to make, and for CEOs around the globe, that’s OK. Climate change has officially become a c-suite issue. Leaders see now as the time for businesses to lessen our collective mark on the environment.

Climate Change Is Real. So Is Leadership.

Since Davos, the world has changed beyond anyone’s imagination. But we mustn’t forget the efforts big business started to make to address the existential threat posed by climate change.

Even in the midst of battling COVID-19, we have seen a silver lining in the form of a drastic CO2 emissions reduction of 17% worldwide. The global lockdown and reduction in air travel had an immediate impact on our environment. This provided a proof point that it’s not too late to make an impact. Now, we must keep our emissions down. In fact, they must fall 3-6% per year between now and 2030 to hit our 2050 goal, according to the Intergovernmental Panel on Climate Change.

The c-suite at organizations worldwide increasingly see it as their responsibility to take a stand and lead their teams through climate change curbing activities – specifically focused on CO2 emissions reduction for the long-term, and changes to the supply chain in which CO2 emissions are most prominent.

This is especially true in the wake of a global pandemic as business strategies are reset and the world economy reels from a shutdown, re-opening, and an uncertain future.

How Brands Are Stepping Up To Lead On Climate Change Efforts

Climate change and corporate green initiatives may not be top of mind for most consumers right now. Yet there are many organizations that are worth watching for their commitments to a new, more carbon-neutral supply chain.

Here are a few examples:

● Microsoft: “By 2030 Microsoft will be carbon negative, and by 2050 Microsoft will remove from the environment all the carbon the company has emitted either directly or by electrical consumption since it was founded in 1975.”

● Nike: “Nike will power owned-and-operated facilities with 100% renewable energy by 2025. Nike will reduce carbon emissions across its global supply chain by 30% by 2030, in line with the Paris Agreement of 2015. Nike diverts 99% of all footwear manufacturing waste from landfills. Additionally, Nike diverts more than 1 billion plastic bottles per year from landfills to create yarns for new jerseys and uppers for Flyknit shoes.”

● Coca-Cola: The soda company has shown dedication to sustainable agriculture and is working towards sustainably sourcing all key ingredients by 2020 and reducing its carbon footprint by 25% by 2025.

● Walmart: “We aim to reduce emissions in our own operations by 18% by 2025 from 2015 levels through a combination of measures such as increased energy efficiency in our buildings and trucks, transitioning to renewable energy sources, and improvements in refrigerants management. We are also working with suppliers to reduce emissions by 1 gigaton (1 billion metric tons) carbon dioxide equivalent (CO2e) in the production and use of food and products globally between 2015 and 2030.”

More companies are following suit –– and as a result, there is a new battle cry from these invested executives: the need for more reliable data.

Executives and investors are sophisticated readers of data, able to make decisions and delegate based on trends, critical thinking and creative strategy. It makes sense. As more executives and investors look to speed up and scale their ability to reduce carbon emissions the lack of reliable data is an issue.

“While there wasn’t much debate about the science, executives and investors were concerned about the lack of reliable data on the efforts companies and society are making, not to mention their impact,” writes Kevin Sneader, global managing partner of McKinsey & Company. “Greater clarity is required in order to speed development of new standards to help markets act more efficiently and reward progress.”

SAP’s new Climate 21 Initiative aims to help the c-suite by giving visibility to company-wide CO2 emissions and provide a way to track the impact of decisions which may negatively impact environmental goals. After all, what you don’t measure, you can’t change.

“Embedding an enterprise-wide approach to CO2 will help businesses gain transparency and awareness, provide an economic incentive to companies to act now, and can be a starting point for action at scale,” says Thomas Saueressig is a member of the Executive Board of SAP SE for SAP Product Engineering. “Adding a green line to the top and bottom line for measuring a company’s performance symbolizes our ability to change for the better of our global community.”

Beyond the Climate 21 Initiative and even before the COVID-19 crisis, SAP was already updating their own supply chain and helping their customers do the same to reduce emissions. The Plastics Cloud is one such program, aimed at helping to reduce waste caused by of single-use plastics.

To hit that goal, SAP will create a global marketplace for suppliers of recycled plastics and plastic alternatives, connecting buyers with new suppliers such as Bantam Materials UK Ltd and others certified by organizations such as OceanCycle Inc.

Such new initiatives create jobs, add purpose to roles, and improve both the places we work and the planet on which we live. With that in mind, both purpose and profit have equal billing in many organizations today.

3,000 global execs weighed in on the connection between being purpose-driven and business outcomes. Discover what they have to say, and the challenges and opportunities they see for the future HERE.

What Shifts in Product Demand Mean for SEO