Breaking
4 Tips For Attracting Your First ‘Dream Client’...
Want To Generate More Sales This Holiday Season?...
Your ‘Harvest Moon’ Moment Is An Illusion: Why...
Google Meet’s Unlimited Calling Will Continue To Be...
The Need For Speed-Is Quantum Computing A Good...
Stock Market Crash: The End Game Approaches
Best Video Conferencing Software
House Democrats Debate Bill To Allow Student Loan...
For These Indigenous Artists “Land Back” Is Both...
The Current Tech Stock “Bubble” Reflects Pessimism, Not...
A Look At What’s Inside House Democrats’ New...
Page Authority 2.0: An Update on Testing and...
How Public Health Experts Are Harnessing The Power...
This Husband And Wife Built A Luxury Brand,...
This Husband & Wife Built A Luxury Brand,...
Luxury Footwear Brand Chelsea Paris Re-Launches And Stays...
Home Business Satellite Photos Of Hundreds Of Undelivered 737 MAX Aircraft Underscore How Much Work Boeing Has Ahead
Business

David Calhoun will have a long to-do list when he takes over as CEO of Boeing next month, starting with winning approval from aviation regulators for changes to the 737 MAX’s flight control system to allow its bestselling plane to return to service. Following that, Boeing will face the complex task of retrofitting roughly 400 aircraft it has produced since the 737 MAX was grounded in March in the wake of two deadly crashes, as well as reversing steps taken to preserve the planes while they were idled.

Then there are the 387 aircraft that were already in service with customers that Boeing will need to retrofit and help to restore to working condition.

The enormity of the work that lies ahead is reinforced by satellite photos from Planet Labs of locations where Boeing is storing undelivered aircraft.

Boeing is marshaling the lion’s share of the planes at its test facility at Moses Lake near Seattle, seen below on Dec. 8. 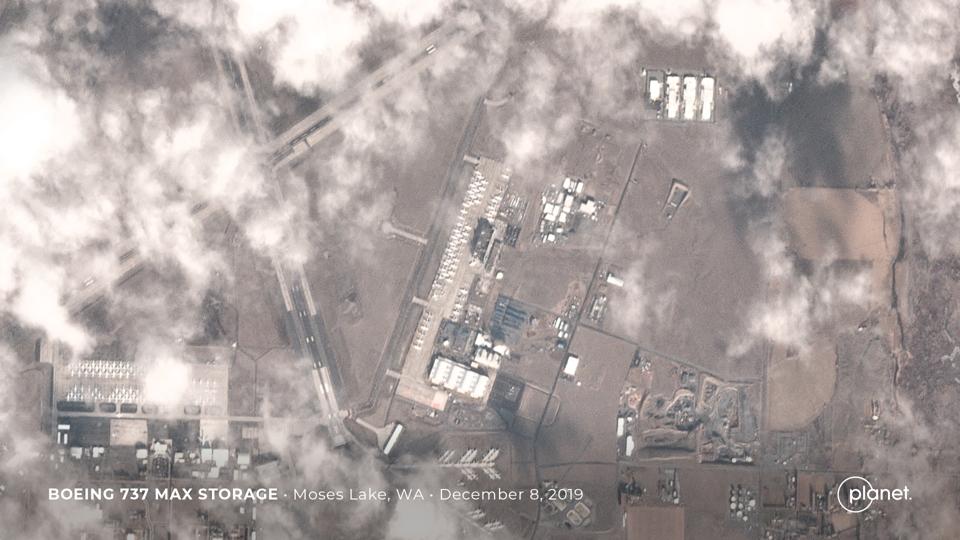 There were 249 aircraft parked at Moses Lake as of Thursday, a few dozen aircraft away from the airfield’s capacity, says Michel Merluzeau, a Seattle-based director of aerospace and defense market analysis with the consultancy AIR. Most are on the pad in the southwest corner of the picture, which Boeing began parking planes on in October, he says.

That’s up from sharply from 40 in July, when, to illustrate the buildup of undelivered planes since March, Forbes published the series of time-lapse photos below from Planet Labs, a San Francisco-based company with a network of about 140 small satellites that take over a million images of the Earth a day:

Moses Lake is a short flight from the delivery center at Boeing Field and the company’s factory complex in Everett, Washington, the two locations where the bulk of the return to service work is expected be done.

Boeing has been storing roughly 60 planes at Boeing Field since at least July, with some 737 MAXs occupying employee parking spaces.

Boeing’s maintenance center in San Antonio, which will also prepare planes to return to service, is hosting 74 planes, also little-changed from July, but the company has moved more to a northern section of Kelly Field, seen below, away from its facilities. 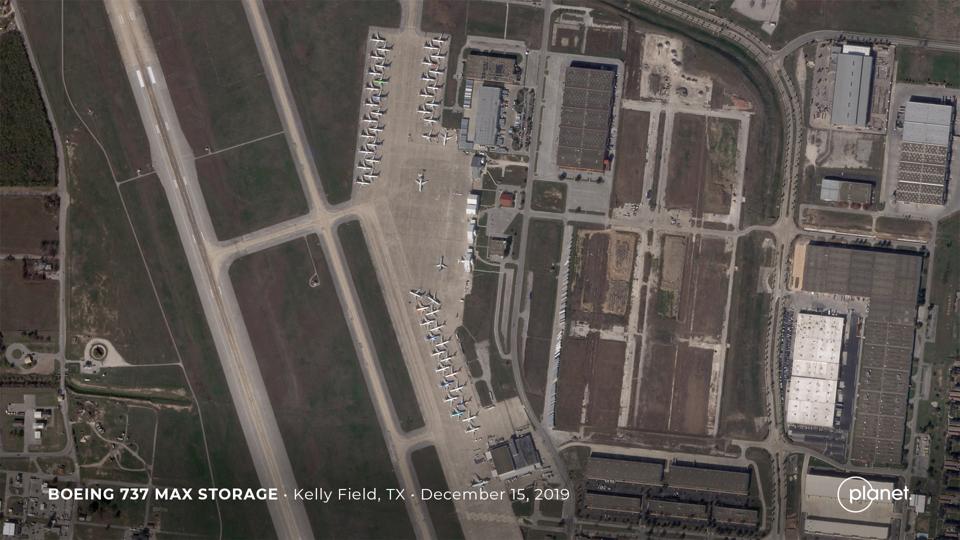 Some 19 planes were outside its hangars at the southern end of the former military base as of Dec. 15. 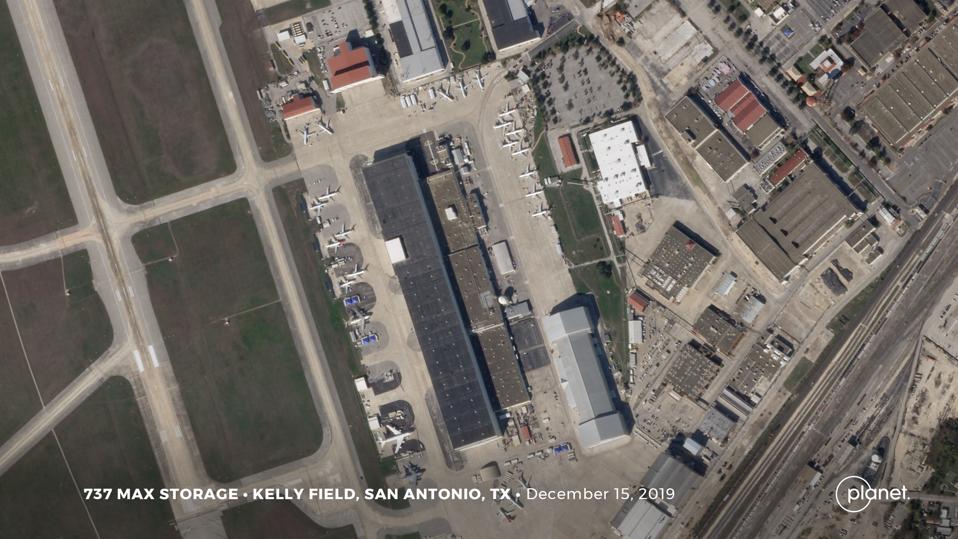 The aircraft at Boeing Field and San Antonio will be the first to be delivered, says Merluzeau.

Beyond reconfiguring the planes’ flight control systems, Boeing’s task is made more complex by the varying amounts of time different aircraft have been sitting. The longer they’ve been parked, the more that may have to be done to restore them to service.

To make its job easier, Boeing has been storing aircraft together based on their date of production and configuration, says Merluzeau. “You want to sequence commonality in terms of the work packages that need to be done per aircraft.”

Southwest Airlines said earlier this year that it expects it will take 120 hours of work on each of its 34 grounded 737 MAX planes to get them ready to fly again, and 30 to 60 days for the airline’s whole fleet.

To get the work done, Boeing will be able to draw at least initially on the 12,000 workers at the 737 plant in Renton, which will be idled at the beginning of January. Aerospace analyst Ronald Epstein of Bank of America/Merrill Lynch believes Boeing won’t restart production until two months after the global average return to service date.

However, two other bottlenecks loom for Boeing. The FAA has decided it will inspect and certify all of Boeing’s planes that are coming out of storage before they are delivered, a task it had previously delegated to Boeing. That could slow down the process.

Airlines also may not have the capability to inspect and take delivery of large quantities of 737 MAX aircraft quickly – and in some cases they may not want to if travel growth continues to slow.

It could take 15 months for Boeing to clear out all the stored aircraft, Merluzeau estimates, during which time it will also have to integrate new aircraft into the delivery flow once the Renton factory restarts production.