Breaking
Mayo Clinic And Kaiser Permanente Invest $100 Million...
MozCon Virtual 2021 Interview Series: Wil Reynolds
Commodity Spikes May Be Close To Peaking, Futures...
Benefits of Responsive Web Design
ESBC Major Updates: Tons Of Heavyweight Greats Added...
5 On-Demand Courses To Help Develop Your Leadership...
How to Run Nonprofit Marketing Ads
Entrepreneurs Are Bringing Transparency To Home Buying And...
Best Incentive To Get Vaccinated: Money, Messaging, Or...
Page Level Query Analysis at Scale with Google...
How A CIO Can Align IT With Business...
Blogger of the Month: Jo, Girl Eats World
6 Things Women In Business Know That Men...
How to Use First-Party Data for Ad Personalization
Pressing Reset—Putting A Fallen Unicorn Back On Its...
How We Went Viral: Promoting Content with Influencers,...
Home Technology Saturn Return? 3 Reasons Why We Need NASA To Green-Light The New ‘Ring Skimmer’ Mission
Technology

Cassini’s view of Saturn’s rings as they surround the planet.

Ask anyone who’s had even a passing interest in space exploration what their favorite NASA mission is of the 21st century and you’re going to get a lot of the same answer:

The first spacecraft to enter Saturn’s orbit, NASA’s Cassini mission launched in 1997, arrived in 2004, sent a probe to Titan, and spent the next 13 years revealing the wonders of the “ringed planet” is incredible photo after incredible photo (like the main image, above).

So why do we need to go back to Saturn?

A new concept proposed by SETI called the Saturn Ring Skimmer Mission has this week been set out in detail in a new paper due to be submitted to NASA’s 2023 Planetary Science Decadal Survey.

If given the green light the mission could be headed to Saturn as part of NASA’s New Frontiers program. 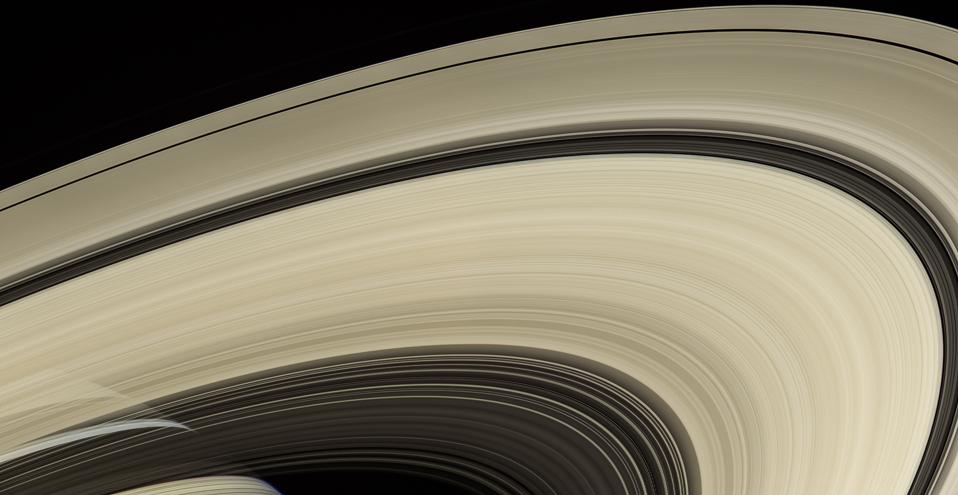 This image from Cassini shows Saturn’s rings, which are made mostly of particles of water ice that … [+] range in size from smaller than a grain of sand to as large as mountains.

What is the ‘Saturn Ring Skimmer’ mission?

Intended to answer fundamental questions about Saturn and its rings (as well as about giant planets and astrophysical disk systems in general), the spacecraft would pass across the face of the rings many times at altitudes of a few hundred kilometers.

A clever trajectory will see the Saturn Ring Skimmer flyby Saturn’s rings on a weekly basis.

However, the mission could also have a dedicated “moon phase” after it’s completed it studies of Saturn’s rings, according to its proponents. 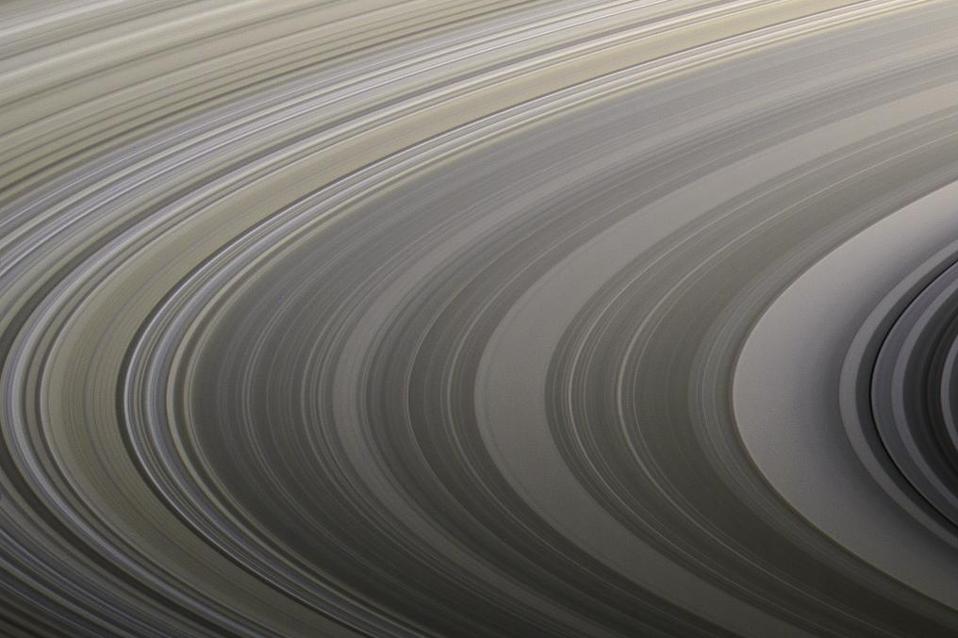 Saturn’s rings display their subtle colors in this view captured on Aug. 22, 2009, by NASA’s Cassini … [+] spacecraft.

3 reasons why we need the ‘Saturn Ring Skimmer’

There are a lot of scientific firsts that this mission will try to accomplish:

By observing individual particles in Saturn’s rings for the first time it’s hoped that the Saturn Ring Skimmer will be able to study them at a whole new level. We’re talking far higher resolution images of the rings from—it’s suggested—13 low-altitude passes in 162 days on the sun-lit side of the rings.

Cassini—a cooperative project of NASA, the European Space Agency and the Italian Space Agency—watched ring particles produce elongated shadows that revealed huge chunks that measured kilometers in size; Saturn Ring Skimmer could watch for these “proto-moons,” and collisions, and even measure the dust that’s produced.

Saturn Ring Skimmer could also get in-situ measurements of the rings’ tenuous atmosphere, and even “feel” their gravity.

2 – It will find out how the origin, history and fate of Saturn’s rings

How old are Saturn’s rings? How long will they last? We know relatively little about them. Saturn is the only planet in the Solar System with a broad, dense ring system. Made-up of mostly water-ice particles, the rings extend for up to 175,000 miles/282,000 kilometers, but are a mere 30 feet/10 meters thick.

Saturn also has a magnetic field that is almost perfectly aligned with the planet’s spin axis. This result is a unique interconnected system where material from Saturn’s rings flows through the planet’s magnetosphere (the region of space surrounding Saturn affected by that its magnetic field) into its upper atmosphere.

Saturn Ring Skimmer also will take measurements of the rings’ atmosphere—first spotted by Cassini—and try to work out their origins and how they work. 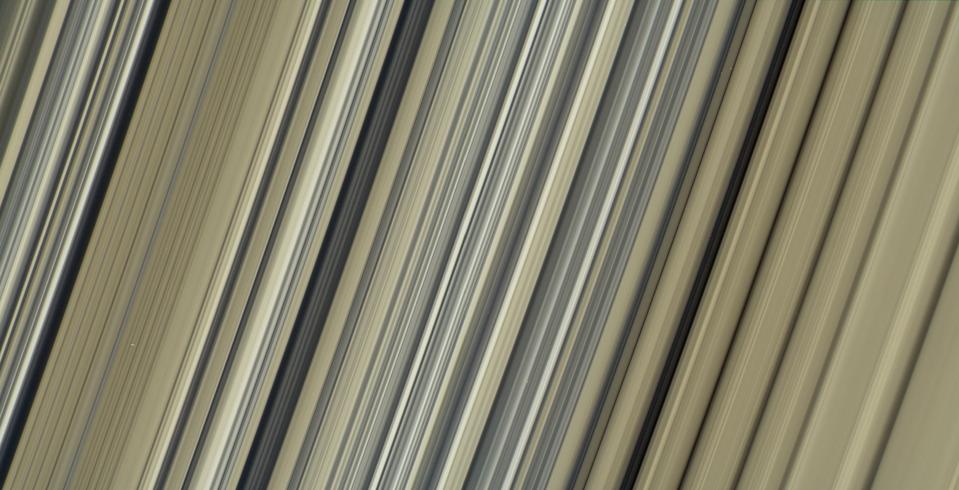 From Cassini, these are the highest-resolution color images of any part of Saturn’s rings, to date, … [+] showing a portion of the inner-central part of the planet’s B Ring.

During its final, fatal descent into Saturn on September 15, 2017, Cassini appeared to reveal cumulus clouds as large as 20,000km across. Saturn Ring Skimmer could take a longer look, and investigate Saturn’s gravitational field, which Cassini discovered to be incredibly complex, and caused by Saturn’s unknown deep interior.

In short, Saturn’s interior is nothing like Jupiter, but what exactly it is like, we don’t know. By repeating something similar to Saturn’s “Grand Finale” over and over the Saturn Ring Skimmer will get some great science done.

Let’s go back to Saturn

Saturn Ring Skimmer is the mission that can finish the job that Cassini started.

By revealing how the rings, magnetosphere, and planet operate as an inter-connected system, Saturn Ring Skimmer aims to get the measure of the Saturn system.

Besides, Saturn is the most beautiful and photogenic planet in the Solar System; just think of the images it would send back.