As restaurants around the U.S. close their doors, chefs are turning to tech platforms to foster audiences and promote home deliveries. 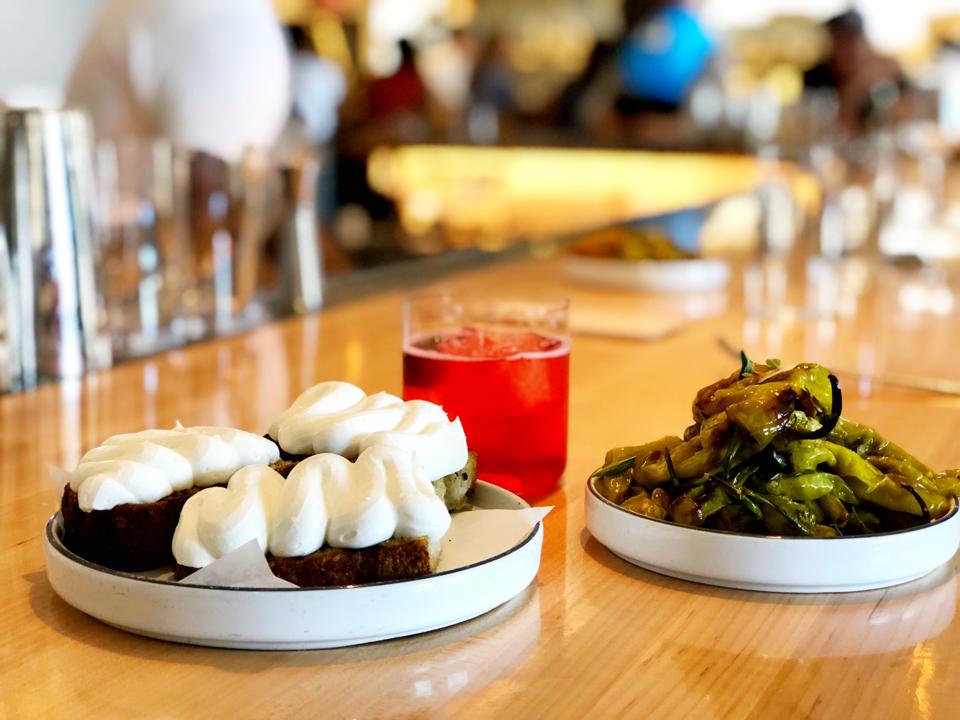 March 16th was the night New York shut down. As of 9 a.m. the next morning, all restaurants and bars had been closed, per Mayor Bill de Blasio’s order, permitted only to provide delivery and takeout. Within days, Ohio, Illinois, Massachusetts, Pennsylvania, and California took similar measures—and the list is growing daily.

As we shelter in place, seeking solace, normalcy, and comfort food, media-savvy chefs are hellbent on serving it to us via podcasts, social media, and streaming channels. Their common cause: Order take-out! Try one of my recipes! Buy a dining bond via Supportrestaurants.org! Or, better yet, just watch me cook something so sensational that you relate to me on a deep human level and choose to patron my restaurants as soon as we reopen.

If you’re with us now, we’ll be with you on the other side.

An obvious example is Chef David Chang, the walking, talking, pot-smoking media platform, now accessible on every screen in your household. In 2004, Chang opened Momofuku Noodle Bar slinging steamy ramen bowls and soft pork buns to the cool kids of New York’s East Village. Since then, the Momofuku empire has expanded to Sydney, Toronto, Washington, DC, Las Vegas, and Los Angeles. But what marks Chang’s shift into mega-fame was the 2018 launch of Majordomo Media, an umbrella for television development including the Netflix series, Ugly Delicious and The Dave Chang Show podcast.

It might also be what saves his restaurants. In a recent update, the brand states: “We are making hard decisions across the company to ensure that once we get through this crisis, there is a Momofuku to return to.” 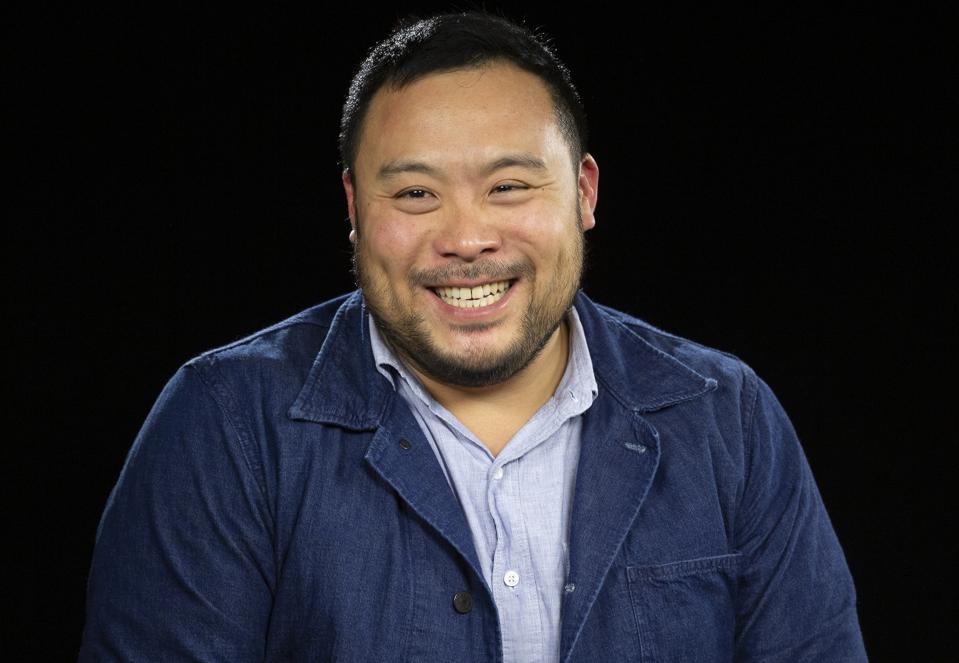 “Chang’s strategy is right in many ways. Out of all the hours someone has, the time they spend in a restaurant, much less a David Chang restaurant, is actually miniscule compared to all the time they spend outside of the restaurant. The challenge is, how do you stay top of  mind, even when customers aren’t interacting with the brand directly?” says Oscar Yuan, president of branding consultancy Strategy3.

Dinner Is Served (by Big Tech)

Welcome to dinner, a virtual experience brought to you by Big Tech (Facebook, Google, Amazon, and Spotify). This isn’t new, of course. This trend traces back to the moment Julia Child exclaimed “Bon Appétit!” on the first episode of The French Chef in 1963. By the 80s, talent agent Shep Gordon, a.k.a. “Supermensch,” decided to create and represent a new class of entertainment: the celebrity chef. He’s credited as the man who supplied the Food Network with talent: Martha Stewart, Wolfgang Puck, Emeril Lagasse, and Anthony Bourdain.

Following in their footsteps are the chefs now forced to think beyond four walls, and onto 5 inch screens. Meanwhile, work-from-homers can enjoy cooking, eating, and indulging in exotic food-travel fantasies under quarantined circumstances. 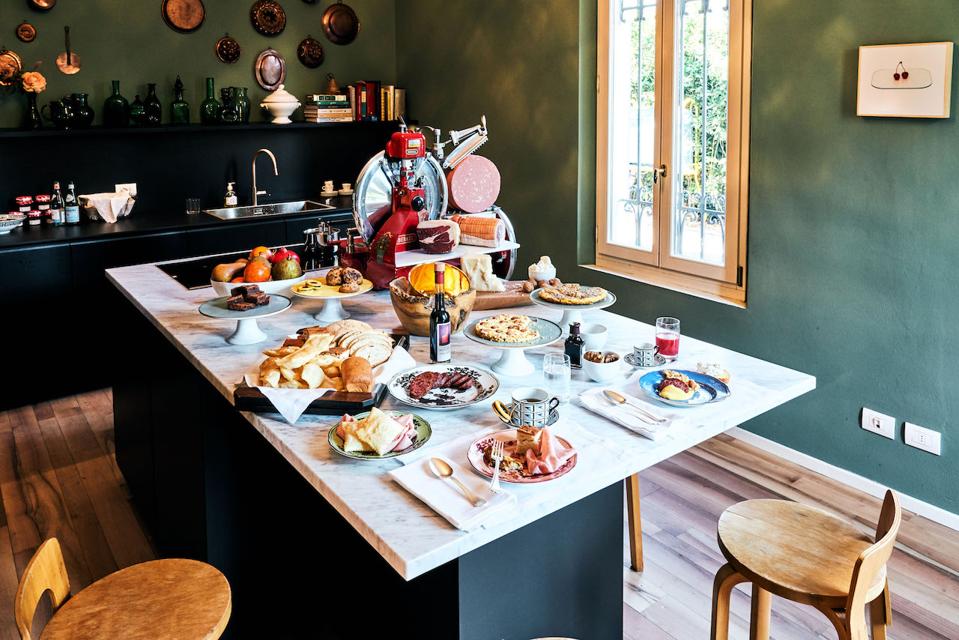 “Podcasts and social media cost almost nothing to produce, so every brand is going to try. The question is, can they produce authentic, interesting content? If no one listens, they’ll give up—but everyone will try,” adds Oscar Yuan. In other words, this is a content war playing out in a short-attention span theater. May the best food content win.

Household names already had a head start. Just one click, and you’re breaking bread with Massimo Bottura, drinking caiparinas with José Andrés, stocking your pantry with farm-to-table’s matriarch Alice Waters, or baking ‘no soggy bottoms’ cake with the Great British Baking Show’s Prue Leith. Below, my current favorite food-tainment presented by three chefs doing their part to feed the hungry, save the restaurant industry, and make us laugh.

In this fantastic YouTube video from “The Late Show with Stephen Colbert,” World Central Kitchen (WCK) founder José Andrés teaches Colbert to make a Spanish fried egg to pair with a dry ice and Jamaica flower cocktail promising to ‘Make America Drink Again.’  Wafting the dry ice cloud up to his nostrils, Andrés exclaims: “This is to show you that the fog eventually will go away, people. And when the fog goes away, America is beautiful again!” We’re with you, man. Even if we can’t access Jamaica flowers right now, we can eat eggs and donate to WCK, which just delivered 5,000 meals throughout the Bronx and Queens and broadcast it via Instagram.

If you want the full-frontal Frank vibe, this Grubstreet profile does a damn good job of giving it to you. He’s the 54-year-old chef and owner of New York’s Frank, Lil’ Frankies, and Supper — each of which are now open for take-out and delivery only. Suffice it to say, he’s like a pervy uncle who expects you to make spaghetti sauce from scratch, and sends money in your birthday card. Right now, he says he’s supporting his staffers, despite closure: “We all take care of each other as we have been doing for over 22 years and counting because we are a family.” Meanwhile, he’s entertaining us daily with rollicking good-time recipes. Need a sample? Here’s an excerpt from Prisinzano’s recent Insta post on pasta swimming in parmesan:

“Be like an aggressive bloodhound, slobbering all over your tomatoes, embarrassing her artichokes, proposing to his lemons. Push the earth through your nose. Tattoo the flavors to your minds palate. Summon at will and virtually taste. Spin that kaleidoscope. Find true food intimacy. You are home grown intelligence. That food is pure instinct. Sharp as a razor. It’s fuel to f&@k, and it’s pure art”

Chef Massimo Bottura just launched free ‘Kitchen Quarantine’ cooking classes on Instagram, set in his home kitchen in Italy, together with his wife Lara and son Charlie. In this intimate series, Bottura shows us how to make a Thai curry, a warm bollito salad, tortellini and an “everything Mac and Cheese” dinner. It’s like receiving a big Italian hug. As the master behind Osteria Francescana, 2018 winner of “World’s Best Restaurant,” Bottura has also been hosting pop-up gourmet restaurants around the world, feeding the poor with the kind of food traditionally reserved for the wealthy 1 percent. If you’re up for a more in-depth tutorial in modern Italian cooking check out his online Master Class.

What these chefs have in common goes far beyond food; it’s a talent for the art of storytelling. At this particular moment in time, they are their own protagonists. In a funny way, comedian and filmmaker Seth Rogen explains it best to chef David Chang on the first episode of Breakfast, Lunch, & Dinner now streaming on Netflix:  “You have to have a conversation with the audience. They need to feel considered,’ says Rogen. Chang, moved by this, agrees: “Food is the same.”

Do You Qualify For Paid Sick Leave During Coronavirus?

Why Android Users Must Now Dodge This Simple...

Why The Samsung Galaxy Flip Leaked Video Is...