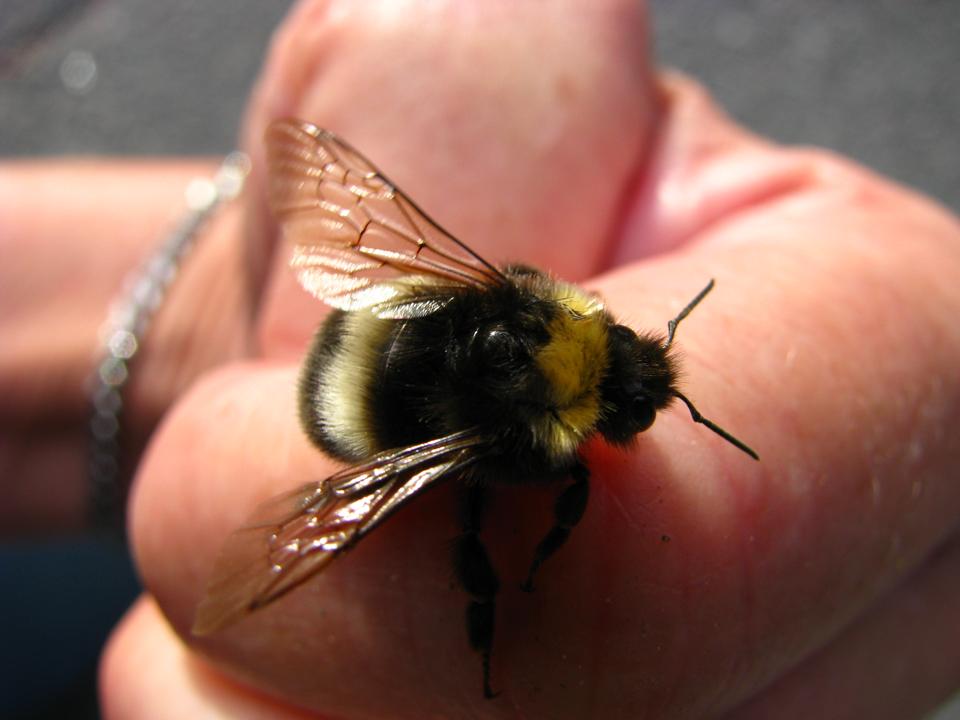 Fortunately, things are changing. An international group of conservation biologists recently published a report detailing the global decline of insects (ref), which builds on the earlier manifesto, “World Scientists’ Warning to Humanity”, issued by the Alliance of World Scientists in 1992, followed by a Second Notice in 2017 (PDF). In this latest report, the authors review what is known about impending insect extinctions, their potential consequences and also how insect extinctions can harm people.

Basically, humanity is collectively driving extinctions of many insect populations through our daily actions: the destruction, degradation and fragmentation of habitats; harmful agricultural practices; the widespread use of polluting and toxic substances; climate change; introduction of alien invasive species; overexploitation and by driving the extinction of species that vitally depend upon others for their very survival (figure 1). 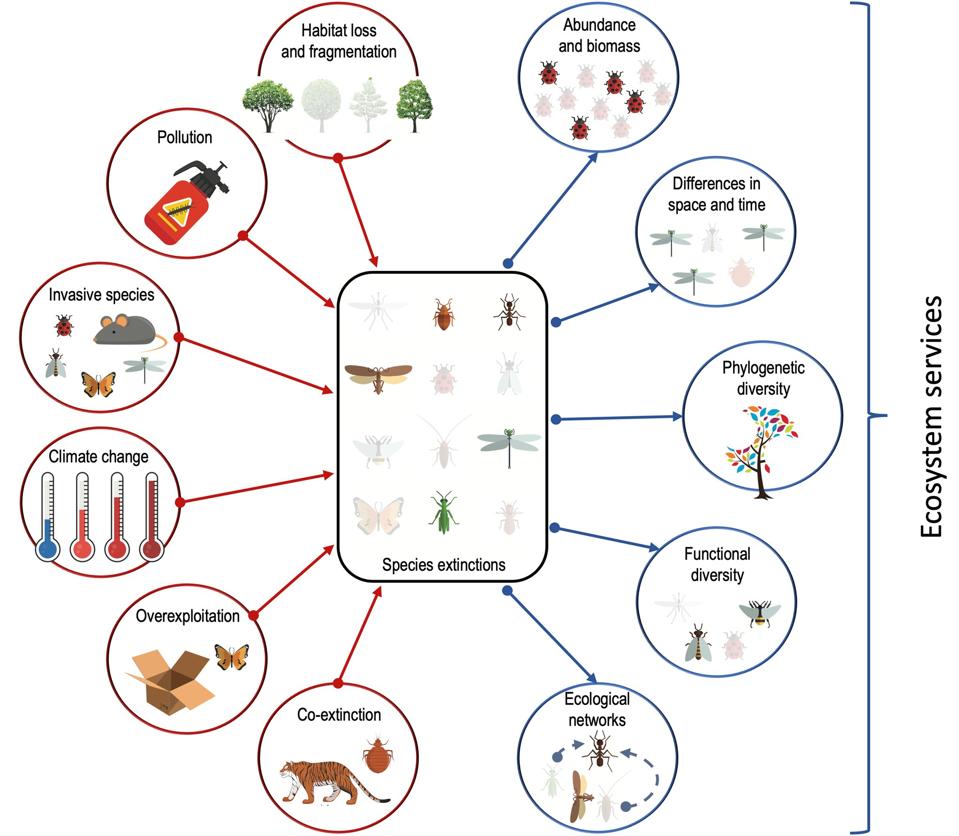 Drivers (in red) and consequences (in blue) of insect extinctions. Note that drivers often act … [+] synergistically or through indirect effects (e.g., climate change favours many invasive species and the loss of habitat). All these consequences contribute to the loss of ecosystem services essential for humans.

Why should people care about conserving insects?

Every extinction is a loss of more than just one species.

“With species loss, we lose not only another piece of the complex puzzle that is our living world, but also biomass, essential, for example, to feed other animals in the living chain, unique genes and substances that might one day contribute to cure diseases, and ecosystem functions on which humanity depends”, said the lead author of the study, Pedro Cardoso, who is curator of arachnids, myriapods and terrestrial molluscs at the Finnish Museum of Natural History and Adjunct Professor of Ecology at the University of Helsinki.

Professor Cardoso also noted that, as humanity continues to urbanize and to homogenize habitats around the world, the destruction of insects is a loss of critically important biodiversity. As we lose large portions of the Tree of Life, we miss out on these lost insects’ unique ecological functions and traits, and this loss weakens the intricate web of biotic interactions. From pollination and decomposition, to providing resources to create new medicines, insects provide essential and irreplaceable services.

“Global economy is fully dependent on ecosystems, as natural resources are the basis of everything. Insects are the major part of ecosystems and without them nothing works. It is no coincidence that ecology and economy have the same origin ‘eco’, meaning ‘home’”, said Dr. Cardoso in email.

“There is no economy without ecology.” 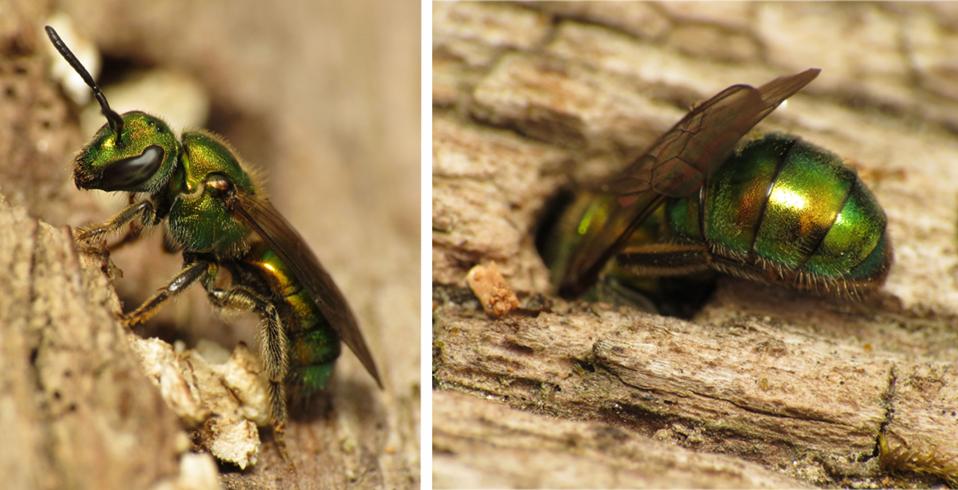 Yes, we all CAN help insects

All of us can do something to help conserve dwindling insect populations. Here is a partial list of some of the actions we can take to protect our six-legged friends (ref): 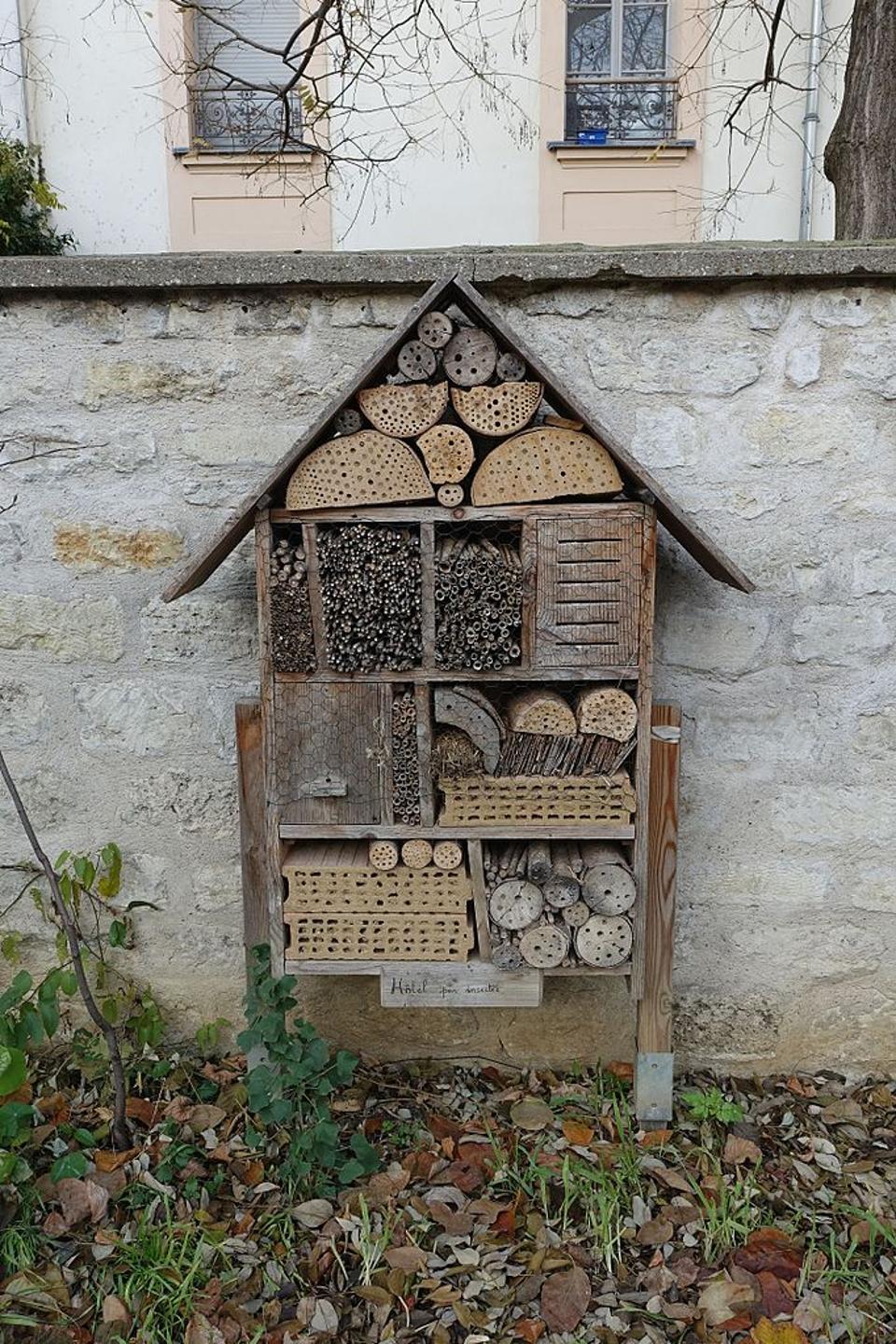 A home-made insect hotel is not only beneficial for insects, but it can be attractive (Credit: … [+] Guilhem Vellut / CC BY 2.0)

Google Alerts for Link Building: A Quick and...

As Print Book Sales Fall, Publishers And Others...

There’s No Integrity In Cheating