Breaking
How to Run Nonprofit Marketing Ads
Entrepreneurs Are Bringing Transparency To Home Buying And...
Best Incentive To Get Vaccinated: Money, Messaging, Or...
Page Level Query Analysis at Scale with Google...
How A CIO Can Align IT With Business...
Blogger of the Month: Jo, Girl Eats World
6 Things Women In Business Know That Men...
How to Use First-Party Data for Ad Personalization
Pressing Reset—Putting A Fallen Unicorn Back On Its...
How We Went Viral: Promoting Content with Influencers,...
Blame Olympic Record Price Tag For Return To...
Apple iOS 14.5 Release: Should You Upgrade?
How to Come up with Podcast Topics and...
Why Gaming Gear Company Razer Launched A $50...
Technical SEO Implementations to Increase the Impact of...
30 Brilliant Ways to Market Your Eco-Friendly Shopify...
Home Technology Scientists In New York Urge Closure Of Schools To Slow Spread Of Coronavirus
Technology 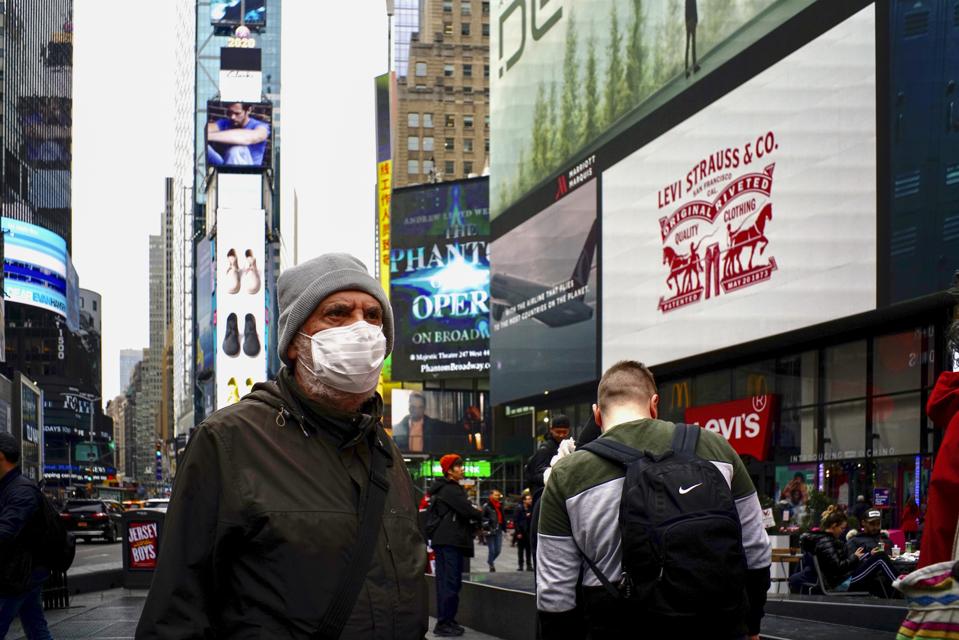 Thirty-six scientists from New York City have written a letter to the mayor and officials, urging them to do more to curb the spread of SARS-Cov2, the novel coronavirus that is behind the global pandemic of COVID-19.

Signed by infectious diseases scientists from universities across New York City, the letter states, “we can say with confidence that the actions of local government in the coming days and weeks will substantially impact the course of the epidemic in our city,” urging the government to act now and that “social distancing should be actively implemented, not merely recommended.”

The letter called for events with large numbers of people to be prohibited and was issued around the same time as NY state governor Andrew Cuomo announced a ban on all events involving 500 or more people including shows on Broadway. But, do these restrictions go far enough?

“This is obviously a good step. However it does not go far enough,” said Paul Bieniasz, Professor of virology at The Rockefeller University and one of the signatories of the letter. “NYC schools represent ~1700 gatherings typically of >500 people that are repeated daily. Closing schools is likely to dwarf the effect of stopping one-off 500 person gatherings,” he added.

Schools in NYC have so far remained open, other than a handful closed due to detection of people with COVID-19, including a Jewish day school harboring a cluster of 29 cases among staff and students. The experts are urging widespread school closures to happen sooner rather than later to further limit the spread of the disease.

“Can you imagine a more effective way to spread a respiratory virus than sending one or two family members (children) off to mix with hundreds of others, having them return to their families in the evening, and repeating that process every day?” said Bieniasz. He added that while its impossible to exactly predict the implications of closing schools, it is likely to stop the explosive spread of the virus.

“There are obviously arguments against closing the schools that have merit,” said Theodora Hatziioannou, Associate Professor in virology at The Rockefeller University and a signatory of the letter. “However, the immediate risk of thousands of deaths as well as the risks to the integrity of the healthcare system presented by COVID19, represent a far more compelling argument in favor of school closure, in our view,” she added.

Several major events in the city have been cancelled in the last 24 hours, including the Tribeca film festival. The NBA and NHL also paused their seasons due to the outbreak meaning that the New York Knicks and New York Rangers were already left with big gaps in the schedule at Madison Square Garden, even before the city-wide ban on large gatherings. Another main point of concern has been the probability that the virus might spread on the New York transit system. Ridership on the subway reduced by 20% on Wednesday and the Metropolitan Transit Authority was reportedly considering reducing services.

“We struggled about a lot of specific recommendations. It is difficult to advise on every aspect of NYC life, especially when you have no idea how widespread infection is. But when you agree that 500 person gatherings should be banned then it follows that you should close the schools,” said Hatziioannou.

Restaurants Respond To Coronavirus With More Pick Up And Delivery Options