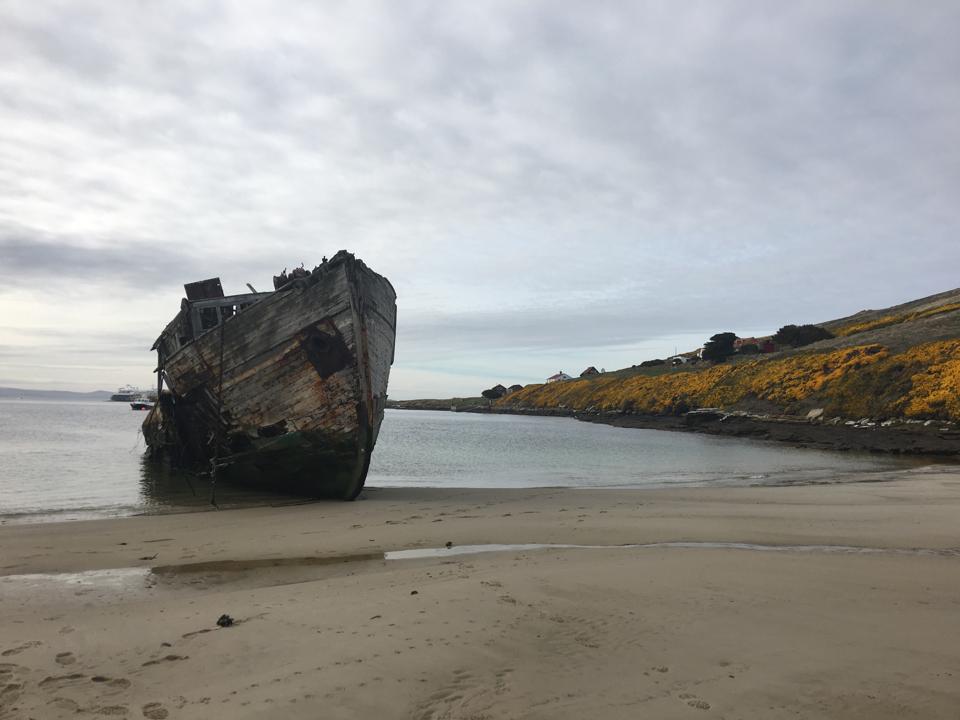 A shipwreck off the coast of the Falkland Islands

It’s called sunken scotch. And it’s practically a category unto itself: whisky rescued from the cargoes of a wrecked ship, resting for untold periods of time below the tides. Every few years tales of brown spirit raised from these depths grab headlines, while the liquor itself fetches top dollar at auction. The latest example happens to be scotch salvaged from perhaps the most famous shipwreck of the modern era. And it’s expected to earn as much as $20,000 in an on-going auction now live, online.

The bottle in question was retrieved from the wreck of the SS Politician. The ill-fated vessel ran aground during WWII and was at the center of a national firestorm shortly thereafter. On its way to the Jamaica, by way of Western Scotland, the cargo ship was carrying some 28,000 cases of whisky when it foundered on rocks along the rugged shoals of the Outer Hebrides.

After official attempts at salvage had ceased, nearby islanders made their move on the coveted contents of the Politician. Although the UK government viewed such actions as thievery, the locals saw it quite differently. According to contemporaneous reports, a widespread effort among the Hebridean communities was labeled a ‘whisky rescue.’ This led to a protracted battle between the accused scallawags and tax collectors from mainland Scotland and, eventually, London. Because no duty had been paid on the whisky, members of HM Customs and Excise eventually went after anyone proven to have lifted cargo from the ship.

One local in particular helped immortalize these hijinks, attracting international attention. Compton Mackenzie, of Barra island, sensationalized the circumstances as the background for a novel called Whisky Galore. Published in 1947, it was adapted into a fairly popular British comedy of the same name two years later. A remake debuted at the Edinburgh Film Festival in 2016.

But the bottle currently up for sale at the Grand Whisky Auction house isn’t part of that controversially recovered booty. It was raised by George Currie more than fifty years later. The deep sea repairman was working on a subsea cable off the Hebridean coast when he hit pay dirt. Along with a team of divers, they were able to recover a VAT 69, Ballantine’s and four bottles of a now-defunct brand known as Gibbey’s.

What does that particular offering taste like? Well that would be impossible to guess. There is no labeling of any sort on the glass. You won’t even get a chance to know where it was made nor a ballpark approximation of its age statement, let alone tasting notes.

Just remember: whisky doesn’t age in the bottle. So the subsequent 80-odd years it has spent stored away undersea does not accumulate as part of its overall age. If this whisky was distilled in 1930, for example, and then bottled before its notorious 1941 journey, it’s still a 13-year-old expression.

Nonetheless, the liquid does wear a beautiful burgundy color up beyond the shoulders of the bottle. An airtight wax top and high fill-level suggest that there’s been little oxidation here. As a result, a sip of this spirit is likely to be quite close to how it originally tasted nearly 80 years ago.

If you’re on the fence about purchasing, perhaps this will convince you to take the plunge: The lot comes with a diving helmet, bricks from the actual SS Politician. and an original movie poster for the 2016 Whisky Galore remake, which currently holds a 44% rating on Rotten Tomatoes. Hopefully the whisky aged better than the film it helped inspire. 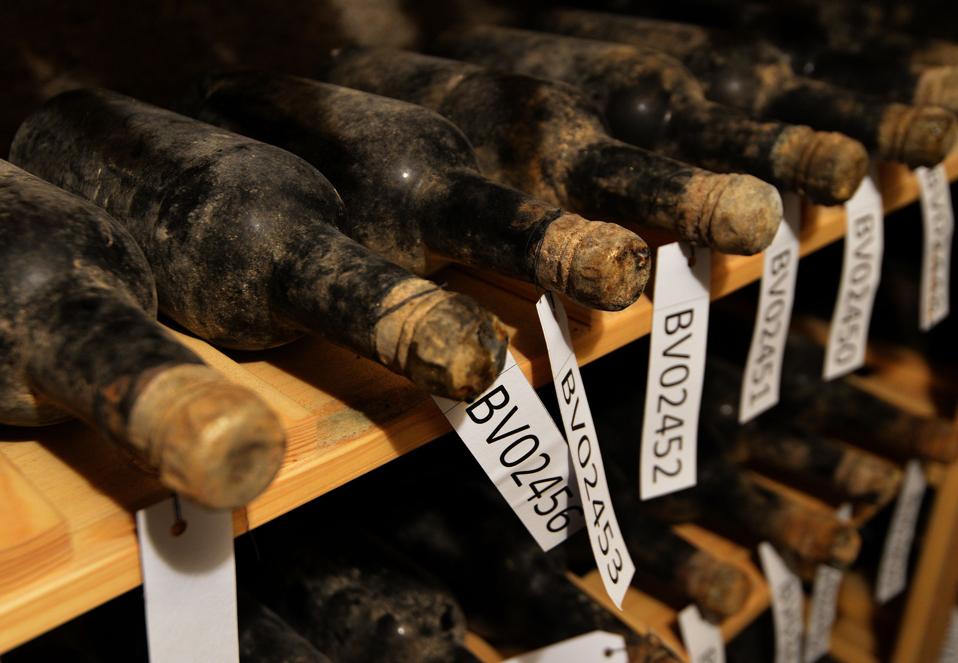 Bottles of 19th-century wine lie on a shelf in a cellar of Becov castle, on May 30, 2016 in Becov … [+] nad Teplou village, Western Bohemia. Like treasures fished out of a shipwreck at the bottom of the sea, an extraordinary collection of more than 100 bottles of wine from the 19th century has been discovered at a Czech castle. / AFP / Michal Cizek (Photo credit should read MICHAL CIZEK/AFP via Getty Images)

3 Ways To Increase Your Sales Call Close Rate To 60%

As IRS Employees Return To Work, Here’s An...

Laugh Away The Apocalypse With These 15 Coronavirus...