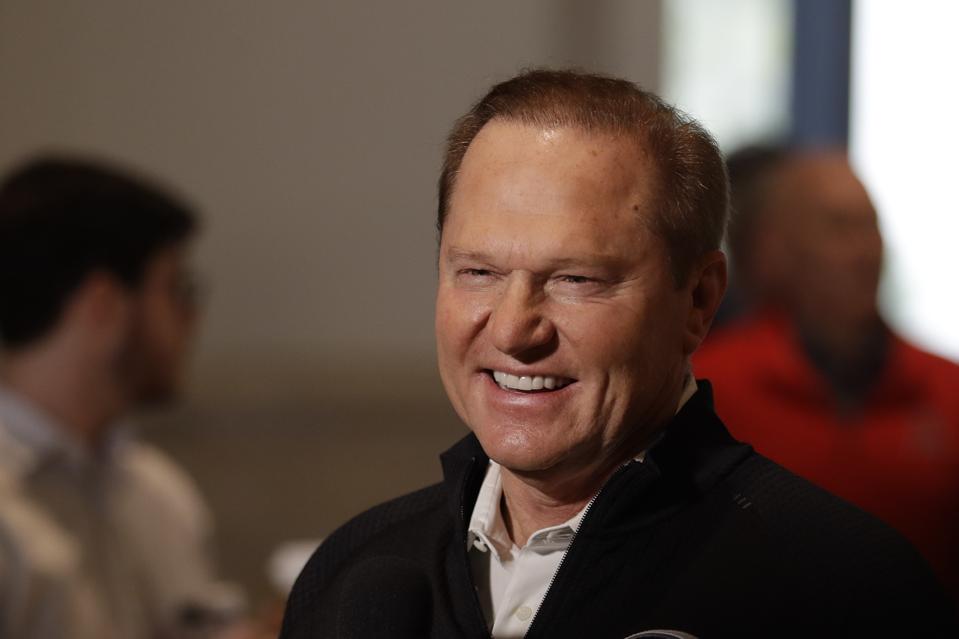 Scott Boras’ latest masterpiece regarding starting pitcher Gerrit Cole’s nine-year, $324 million contract with the New York Yankees has left everyone in awe. Once Boras quickly negotiated starting pitcher Stephen Strasburg’s seven-year, $245 million contract with the Washington Nationals you knew that Cole would receive a contract in excess of $300 million. The only questions were length of years and were the Yankees willing to go the extra mile to finally secure the highly coveted Cole.

Boras has achieved extraordinary success in an expeditious manner this off season for a trio of his clients. Along with Cole and Strasburg, second baseman Mike Moustakas signed a four-year, $64 million contract with the Cincinnati Reds prior to the Baseball Winter Meetings. Boras’ focus has quickly shifted to his other in demand free agent clients, especially third baseman Anthony Rendon. It wouldn’t be surprising to see Rendon secure a contract of at least $250 million over eight years. Outfielder Nicholas Castellanos and pitchers Dallas Keuchel and Hyun-Jin Ryu are also represented by Boras.

The pursuit of Cole has led to a few ball clubs tipping their hands in terms of how much they were willing to spend on the best starting pitcher in baseball today. The Los Angeles Angels and Los Angeles Dodgers were rumored to have presented offers at or just below $300 million and roughly eight years in length. While losing Cole to the Yankees can be viewed as a devastating loss to both ball clubs, there is an immediate opportunity to rebound and acquire desirable talent thanks to Boras.

The Dodgers are rumored to have interest in free agent starting pitcher Madison Bumgarner and are engaged in trade discussions with the Cleveland Indians regarding shortstop Francisco Lindor. The Angels know they desperately need pitching help as well as a high impact offensive threat to support Mike Trout for the foreseeable future. If the Dodgers actively continue their pursuit of Lindor, Boras’ clients can fill a few voids for the Angels now that he knows they are willing to spend the money. If $300 million can’t get you Cole, it might get you Rendon and a quality starting pitcher such as Keuchel or Ryu.

Last season, the Angels’ starting pitchers had the second worst earned run average (5.64) in Major League Baseball and threw the least amount of innings pitched (681.0) according to FanGraphs.com. Without a single complete game or shutout, the Angels’ starting pitchers only trailed the Baltimore Orioles in terms of the worst Fielding Independent Pitching (FIP) at 5.41 and had the least amount of quality starts (22) in Major League Baseball. Left-handed pitcher Andrew Heaney led the Angels in games started (18) while right-handed pitcher Trevor Cahill led in innings pitched (102.1) both as a starter and coming out of the bullpen. Starting pitchers for the Angels posted a major league worst 4.2 innings pitched per game started last season.

Offensively, the Angels were below the major league average in terms of extra base hit percentage (8.1 percent), isolated power (.175), and on base plus slugging percentage (.746) according to Baseball-Reference.com. With a run differential of -99, the Angels had the second worst batting average on balls in play (.281) in Major League Baseball. They also had the third highest at bat to strikeout ratio (4.3) with four ball players striking out at least 110 times. Not a single ball player had more walks than strikeouts for the Angels last season.

Boras can conceivably create a bundle for the Angels which includes Rendon and either Keuchel or Ryu for roughly the same amount of money they could have invested in Cole. General Manager Billy Eppler has stated the Angels are in a comfortable position from a payroll perspective to create new opportunities through free agency or trades. Rendon makes logical sense for the Angels under the current circumstances. He posted career bests in several offensive categories in 2019, but three consecutive seasons (2017-2019) of an on base plus slugging percentage eclipsing .900 and an isolated power of at least .227 or higher could be a long overdue complement to Trout. However, the Angels still desperately need pitching help even with the addition of Rendon.

Scott Boras is moving at a rapid pace this off season and aggressively capitalizing on Major League Baseball’s economic health and desperate need for elite starting pitchers. As Anthony Rendon becomes the next in a long line of Boras clients who is desired by the masses, look for the super-agent to use the extensive knowledge he has gained from the Gerrit Cole negotiations to richly benefit his remaining free agent clients. A disappointing loss of Gerrit Cole could quickly turn into a successful off season for a ball club like the Los Angeles Angels which could include a combination of Anthony Rendon, Dallas Keuchel, and Hyun-Jin Ryu.

The Coronavirus Retail Casualties Are Already Piling Up:...

How To Solve A Million-Dollar Problem And Come...