Breaking
Behind The Curtain—Chapter 11 From The Inside—Chapter 10—The...
Three Classic Ways To Get New Business
With Hope, Perseverance And Faith, Two Friends Are...
Exxon Mobil Shares Cross 10% Yield Mark
T-Mobile for Business BrandVoice: From Sci-Fi To Everyday...
How To Move Your Career Forward By Making...
A Conversation With Jill Houghton, President And CEO...
VW’s Electric ID.4 Lands In Q1 2021 With...
Would Biden Enact Broad Student Loan Forgiveness? These...
Why You Must Slay Your Mindset And Stop...
Surviving The Pandemic With Your Culture Intact: How...
The Disruption Of The Consulting Industry Is Here
Remote 101: How To Create Meaningful Connections For...
How To Reassess Your Finances To Align Your...
7 Things Every Entrepreneur Should Automate
Volkswagen’s Truck Unit Ties Up With TuSimple On...
Home Technology Seabird Watchdogs Equipped With Radar-Detecting Trackers Could Help Stop Illegal Fishing
Technology 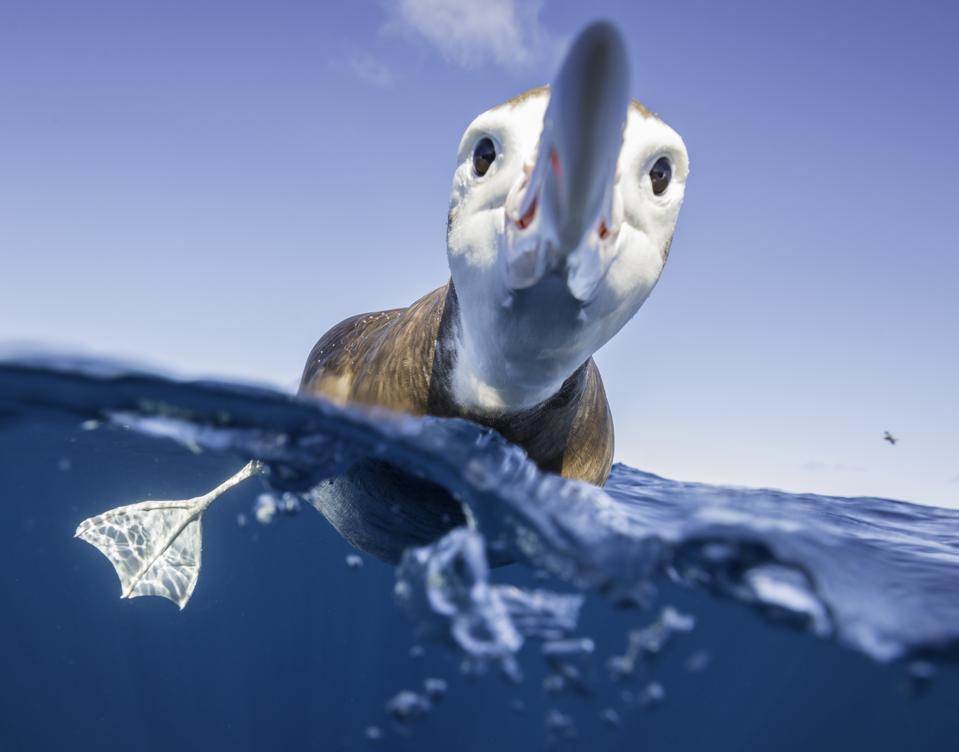 An albatross sits on the surface of the water, albatrosses spend 95% of their lives soaring above … [+] the water, only returning to land mate. They can go years without seeing land.

By harnessing the power of existing interactions between seabirds and fishing vessels, researchers were able to track potentially illegal fishing activity in the vast expanse of the Southern Indian Ocean.

Albatrosses have several claims to fame. With a wingspan reaching up to 11 feet across, they are the world’s largest seabird. They spend the majority of their 50 year (on average) lifespan gliding above the water, miles from shore. Albatrosses mate for life, an animal trait that humans find exceptionally charming, and only gather on land to mate and breed once a year. Their adorably goofy mating dance, complete with mooing and beak-tapping, is enough to make anyone swoon.

Spending 95% of their time soaring above the water for thousands of thousands of miles in search of tasty fish, these large birds are master hunters. Albatrosses and other seabirds are commonly found following fishing vessels that emit a lovely fishy odor that is attractive to the birds. Using this unique interaction to their advantage, researchers were able to track fishing vessels that would otherwise be ‘lost’ to authorities by failing to report their location.

The Ocean Sentinel program pioneered research that was carried out over a six month period from December 2018 to June 2019. For the study, published in the Proceedings of the National Academy of Sciences, 169 albatrosses were fitted with solar-powered trackers that can detect radar emissions, which indicate the presence of fishing vessels. When a fishing vessel was detected, the information was received by satellite and sent immediately to a website available to researchers. For the study, over 47 million km2 of ocean was covered. In order to recover the trackers, researchers attached trackers to breeding birds which make periodic trips to land. Trackers were attached with specialized tape, or tape followed by a glue. 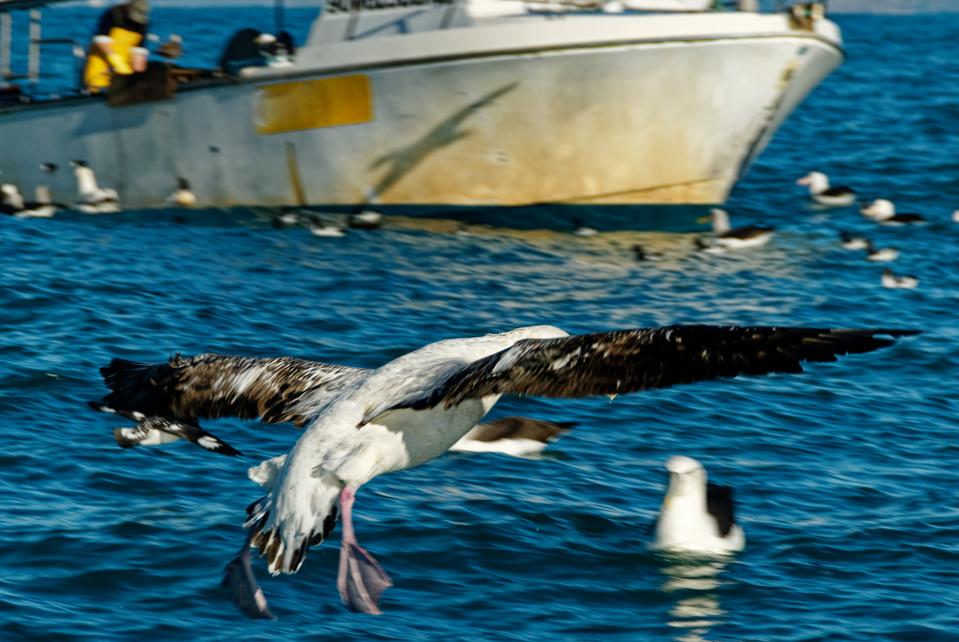 Albatrosses and other seabirds are attracted to fishing vessels and can often be found following the … [+] boats.

The researchers assert that current surveillance of vast expanses of the ocean is inadequate and allows for vessels to potentially operate undercover. Fishing vessel activities are currently available (but not instantaneously) through Automatic Identification Systems (AIS), which are used on boats to avoid collisions. AIS can be switched off, which is especially appealing for those vessels looking to operate outside of the law. AIS are used currently to track and visualize vessel activity, however limitations to the technology, including the ability to switch the AIS off, does not address fully the illegal and nondeclared activity that occurs.

Researchers were able to estimate the proportion of nondeclared fishing vessels currently operating in national and international waters of the Southern Ocean. Over one third of the vessels tracked had no AIS in operation. In addition to these findings, the study was able to uncover valuable information regarding seabird activity around fishing vessels that may be able to inform conservation initiatives for threatened species.

Our Home Supercluster, Laniakea, Is Dissolving Before Our Eyes