Breaking
Best Incentive To Get Vaccinated: Money, Messaging, Or...
Page Level Query Analysis at Scale with Google...
How A CIO Can Align IT With Business...
Blogger of the Month: Jo, Girl Eats World
6 Things Women In Business Know That Men...
How to Use First-Party Data for Ad Personalization
Pressing Reset—Putting A Fallen Unicorn Back On Its...
How We Went Viral: Promoting Content with Influencers,...
Blame Olympic Record Price Tag For Return To...
Apple iOS 14.5 Release: Should You Upgrade?
Why Gaming Gear Company Razer Launched A $50...
Technical SEO Implementations to Increase the Impact of...
30 Brilliant Ways to Market Your Eco-Friendly Shopify...
15 Tech Industry Leaders Share Overused (And Misused)...
How to Use Amazon Posts to Promote Your...
U.S. House Passes Bill To Create First Crypto...
Home Business Seahawks Victory Over Niners Will Give Vikings Best Chance For Postseason Success
Business 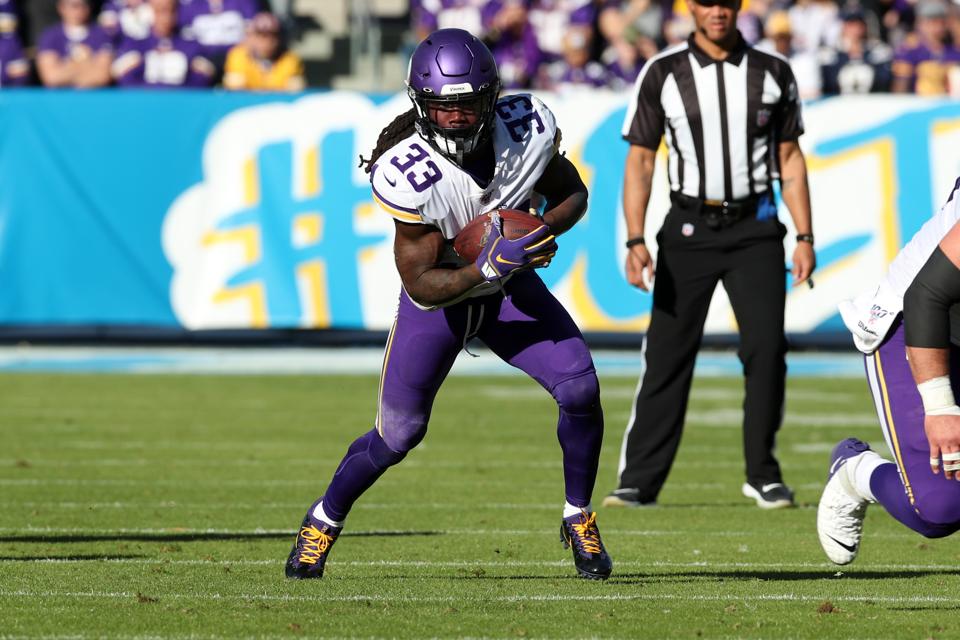 The Vikings need to have a healthy Dalvin Cook in the lineup when they play in the wild-card round … [+] of the NFC playoffs. (Photo by Rob Leiter via Getty Images)

The Minnesota Vikings have time on their side as they prepare for a wild-card playoff game during the first weekend in January.

Head coach Mike Zimmer does not have to worry about Sunday’s regular-season finale against the Chicago Bears, because the game doesn’t mean anything to either team. The Vikings are locked into the sixth and final seed in the NFC playoffs. The Bears were eliminated from playoff contention in Week 15 and they have endured a disappointing season.

Zimmer doesn’t have to concern himself with the shoulder injury of star running back Dalvin Cook, the psyche of quarterback Kirk Cousins, or a defense that succumbed to the pressure of trying to get the job done last Monday night when it received no support from the team’s offense against the Green Bay Packers.

It is all about preparation for the wild-card game, and since the Vikings are locked into the No. 6 position, they know they will be playing the No. 3 seed in the NFC playoffs.

The most likely scenario involves the Vikings going to New Orleans and playing the Saints, a game that would clearly give the home team a chance to get revenge on the Vikings for the “Minneapolis Miracle” in the playoffs two years ago.

In that game, Stefon Diggs scored on the final play of the game when he took a short sideline pass from Case Keenum, evaded the tackle of Marcus Williams and sprinted 27 yards into the end zone for the game-winning touchdown. The Vikings and their fans were delirious after that victory, while the Saints were crestfallen.

In addition to that painful defeat, the Saints lost last year’s NFC Championship game at home when officials failed to make an obvious pass interference call against the Los Angeles Rams in the game’s final moments.

While the Saints would clearly be a talented and motivated opponent, the Vikings could also face the Packers, the San Francisco 49ers or Seattle Seahawks.

The last scenario is the most unlikely because of the tie scenario – there has been just one tie in the NFL this season – and it would also be shocking if Green Bay lost to Detroit and ended up in the No. 3 seed/ It’s difficult to see the Packers losing to a Detroit team that has dropped eight straight games.

It would not be shocking if the Seahawks beat the 49ers in Seattle, a scenario that would allow the Seahawks to win the NFC West and take the No. 3 seed.

The Vikings would be underdogs against the Saints or Seahawks, but a matchup with Seattle would be preferable. The Seahawks are beaten and bruised, and they are coming off a 27-13 home defeat to the last place Arizona Cardinals.

Lynch has not been at his best since 2014, so the thought that he will give Seattle a dangerous running game seems a bit far-fetched.

A Seattle offense that can’t run the ball and is unbalanced offensively would give the Vikings their best chance to win in the playoffs. That weakness is something that Zimmer’s defense will have their best chance of beating. New Orleans has too many weapons with Drew Brees, Alvin Kamara and record-breaking wide receiver Michael Thomas, and containing that team on the road would require an effort that the Vikings have not produced this season.

So, Vikings fans should be rooting for the Seahawks this weekend. If they can rebound from their Week 16 loss to the Cardinals and overcome San Francisco, while Green Bay and New Orleans win, the Vikings should have an opportunity to push the Seahawks to the limit and possibly extend their season to the divisional playoffs.

The Vikings’ regular-season ending game against the Bears does not matter at all. However, Vikings fans have a rooting interest, and they need to be rooting for the Seahawks to beat the 49ers late Sunday afternoon.

How To Watch Or Stream Bellator Japan: Fedor Vs. Rampage

Skin-Lightening Cream Gave Her Mercury Poisoning, What You Should Watch Out For