Breaking
Can You Settle Your Student Loans Or Negotiate...
How to Use Amazon Attribution For Ad Campaigns
How To Quickly Start And Scale Your Business
Terra Virtua: What NFTs Can Teach Us About...
5 Easy Steps To Prepare Content For E-A-T...
Physical Inactivity Linked To More Severe Covid-19 Infection...
The 2021 Estimated Tax Dilemma: What Tax-Return Pros...
Want To Digitally Transform Your Business? Start With...
How to Optimize Google My Business and Leverage...
Debunking Link Building Myths in 2021
How, When And Where You Can Gaze At...
SBA Opens $16.2 Billion Shuttered Venue Operators Grants...
What are the Essential Features of a Small...
Trends In Executive Recruiting That Will Help You...
The Growing Case For Banning Pesticides Linked To...
The Reopening High – But Long-Term Issues Cloud
Home Technology SEC Commissioner Hester Peirce Talks Safe Harbor, Crypto Tokens, Decentralization And Pumping Gas
Technology 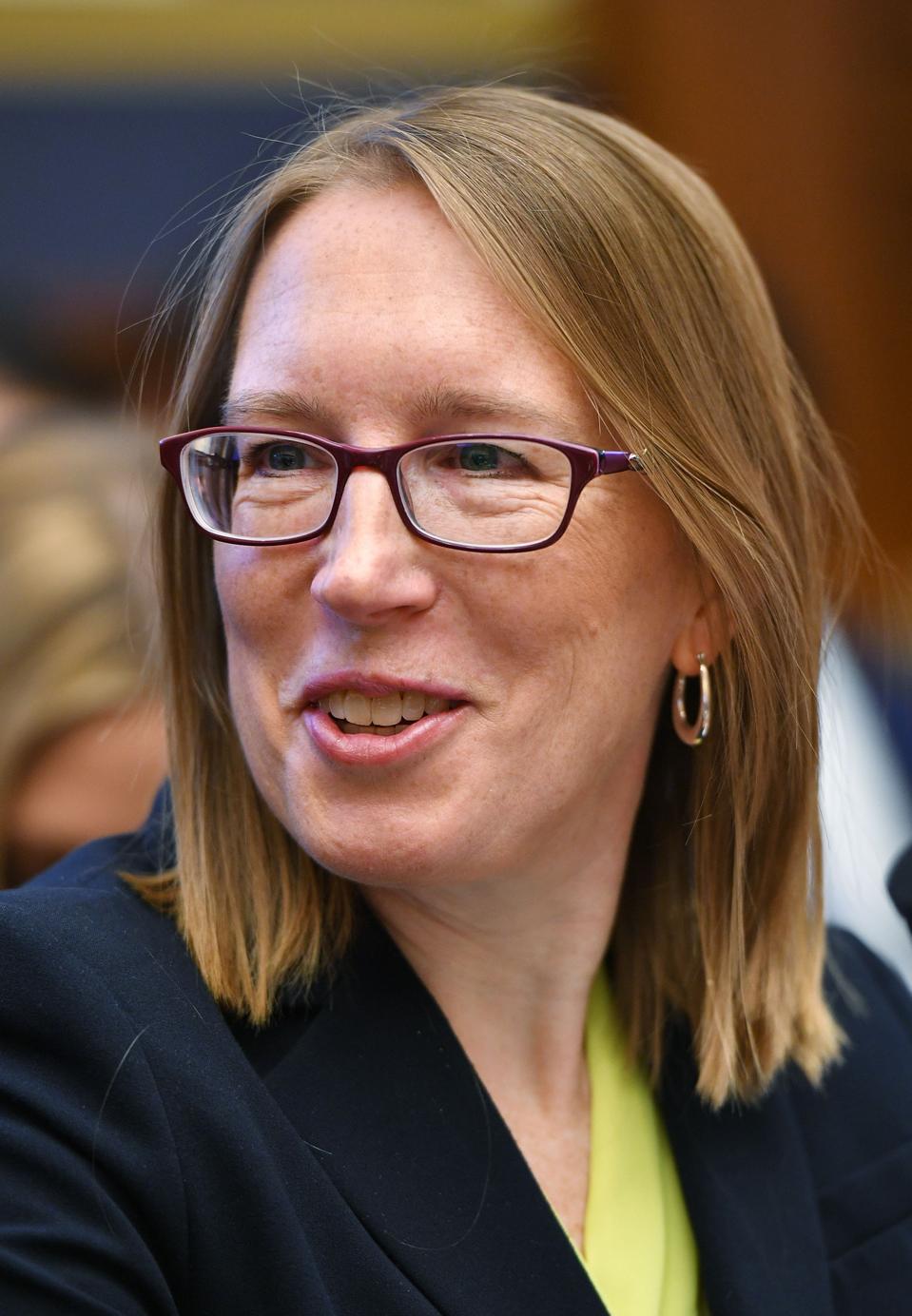 Called ‘Running On Empty: A Proposal To Fill The Gap Between Regulation and Decentralization’, it was a speech delivered by SEC Commissioner Hester Peirce at the International Blockchain Congress last Thursday that quickly caught the attention of the crypto community. Many new crypto projects seek to become decentralized over time; however, in their infancy the digital tokens distributed for use in the network could be classified as a securities offering – making it all but impossible to create a decentralized network in the United States. The answer from the Commissioner who has been provided the nickname ‘Crypto Mom’ based on her efforts to find room in the SEC for projects such as these to breathe is a proposed safe harbor.

As a former regulator from the FDIC during the Financial Crisis, it is always a welcome sign to see a regulator innovate with policy to adapt to markets. I had the opportunity to sit down with Hester Peirce and ask her some questions, allow her to provide further context on her speech, what she might say to skeptics, and allow her to add in on further musings regarding the details she provided on her stormy night in New Jersey facing the regulation that made it illegal to pump your own gasoline.

‘…I have concluded the SEC can do this. The SEC has broad exemptive authority under securities laws. After looking after it, it is not as different as I thought that it potentially could be. It is not without some questions and I am looking forward to getting some lawyers input on it.’

Forbes:You mentioned in your testimony to Congress when all five Commissioners were on the Hill in September that you believed there was authority under current law for the SEC to stand up this safe harbor; and that you were still debating with yourself if this was correct. Does this speech mark the conclusion of the internal argument that the SEC has the authority to provide a safe harbor?

Hester Peirce: Yes, after thinking about about it, I have concluded the SEC can do this. The SEC has broad exemptive authority under securities laws. After looking after it, it is not as different as I thought that it potentially could be. It is not without some questions and I am looking forward to getting some lawyers input on it.

Forbes: How does it work at the SEC for this safe harbor to become a reality?

Hester Peirce: Any clarification (on the proposal) would be valuable – the first step is to get initial feedback and go in a more concerted effort to my colleagues where I can say ‘here’s something vetted and will work and will achieve your objectives’. Then the safe harbor could be proposed formally by the Commission, then a public comment period and then the rule could be finalized. As you know as a former regulator, these things can take time.

Forbes: What are some of the objectives your fellow Commissioners want?

Hester Peirce: They want to make sure the information asymmetry problem gets corrected. Promoters should be operating with full information disclosure as to what they do, and getting the information to make good purchasing decisions, while not weighing them down with information that is not pertinent. The Commissioners have seen a lot of bad token offerings…it is important to protect against fraud. We can separate the good ones from the bad ones with the safe harbor, if you are really serious, you will take advantage of a safe harbor by telling us we are doing the offering and give up the information that you are doing it. 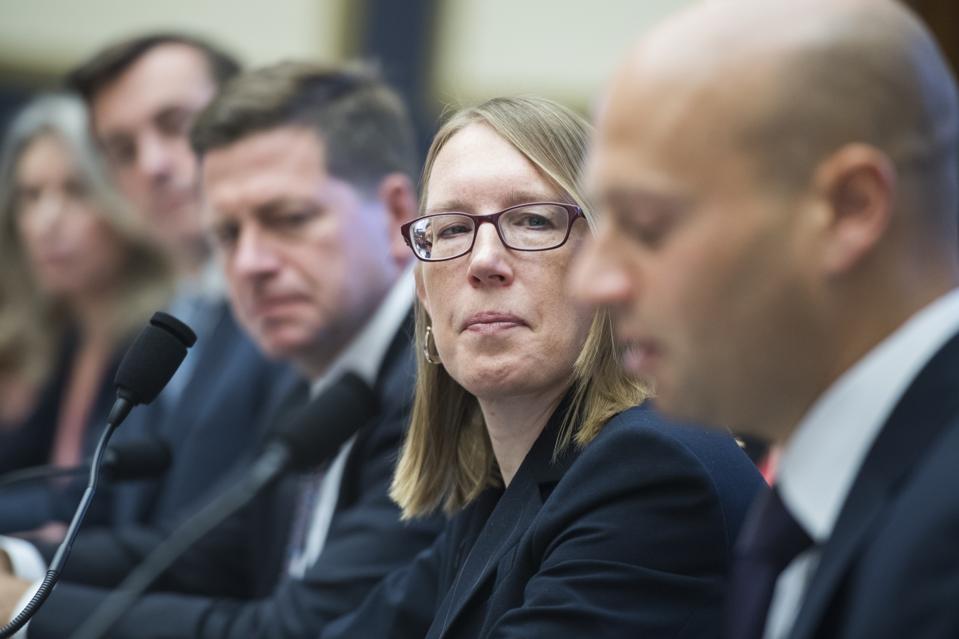 Forbes: So no pirate ships will enter the safe harbor?

Hester Peirce: If you lay out all the information and have bad intentions, you are identifying yourself with motives that are nefarious. It would be really easy to identify this in the safe harbor.

Forbes: Why are you interested in helping the crypto ecosystem based on decentralization flourish? How do you see this meeting the mission of the SEC and more broadly, what societal benefits do you envision from a mature crypto market?

Hester Peirce: It is important for us as an agency to be a bit more nimbler with respect to innovation. I see this safe harbor as a case study as to how we handle innovation. I am not an advocate of a technology or tokens, but I do think there is a beauty to decentralization that allows us to bring people into the economy that have previously been shut out. It enables you to bring people together from across the world in a way that is new, a different way of meeting people’s objectives in a common effort other than a corporation. I see the promise in it.

Forbes: Does this safe harbor meet the SEC’s mission in facilitating capital formation then, versus orderly, fair markets and investor protection?

Hester Peirce: This is a good question. To some extent, it is investor protection, where includes keeping investor’s options open. It is a little bit of a grey area, to find out where that proper line is with respect to our jurisdiction. Part of our role as a regulator to define where our authority should and should not go. Token projects are uniquely difficult to draw lines in. Why not try to attempt to draw lines in the area that makes sense?

Forbes: What do you say to some in Congress who see cryptocurrencies as the gateway digital drug to terrorism, money laundering, and cartels looking to bring physical drugs in to the U.S., who might find it inexplicable that a Commissioner wants to provide this technology a safe harbor?

Hester Peirce: The safe harbor actually serves us well if we set up a framework in which legitimate actors can try to operate. It does a better job at figuring out where the real problems are, distinguishing projects that are criminal. I find this argument frustrating because almost anything that is good can be used for bad things, such as cash. There are some people who paint the whole thing this way. There has definitely been hype and fraud and definitely been some bad activity. I also see the real potential.

‘I see this safe harbor as a case study as to how we handle innovation. I am not an advocate of a technology or tokens, but I do think there is a beauty to decentralization that allows us to bring people into the economy that have previously been shut out. It enables you to bring people together from across the world in a way that is new, a different way of meeting people’s objectives in a common effort than a corporation.

Forbes: For the average businessperson who may have heard of cryptocurrencies (or might have had to have had based on airplay on CNBC and the like), broker dealers to them are as normal as a realtor if you buy a house and is part of the process of selling stocks and bonds. Why should the buying and selling of crypto tokens be handled any differently?

Hester Peirce: Tokens are a different thing. Stock or bond are traditional equity or debt interests that are different from a token that will be used that will operate in a network. That is a very different kind of thing. Tokens are the entrance path that you need to participate in a network, and it is less clear whether the securities laws should govern such transactions

Forbes: You have offered people to call and email you on a subject that, for the crypto community which is used to being on the defensive, is actually being asked for its opinion by an SEC Commissioner on the best way to treat their business models. It is like you have just opened the box office for a Springsteen concert. What is the best way to provide feedback on the safe harbor?

Hester Peirce: You can email CommissionerPeirce@sec.gov or go onto our FinHub section to provide feedback, where staff working on issues will benefit from your suggestions as well.

FinHub Website to Provide Feedback on the Safe Harbor Proposal:

Epilogue: Lessons From The Retail Gasoline Dispensing Safety Act of 1949 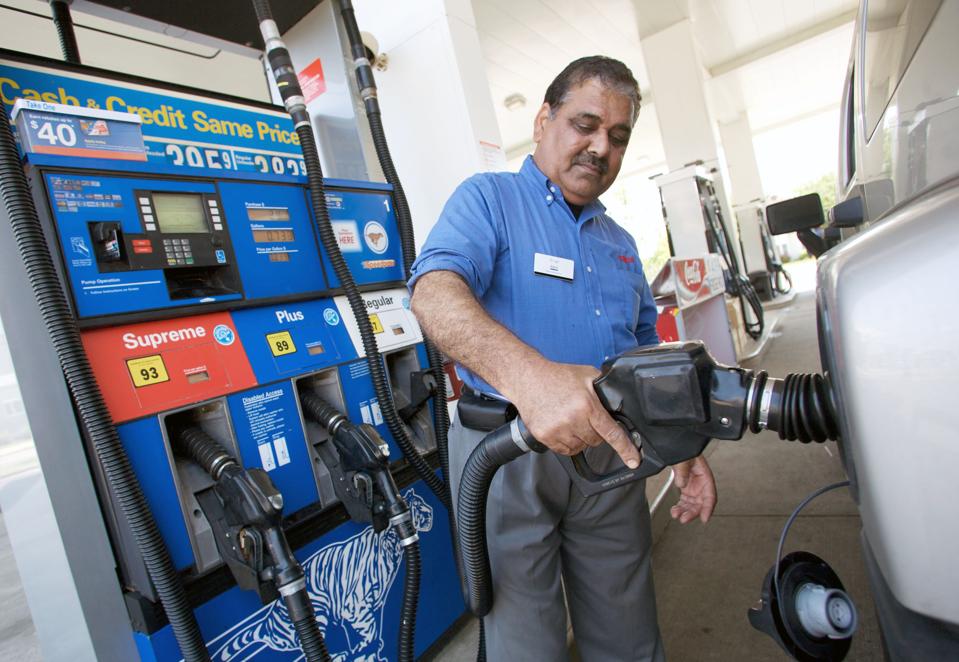 An attendant pumps gas at an Exxon Mobil station in Point Pleasant, New Jersey, U.S., on Sunday, … [+] June 1, 2008. New Jersey’s beaches may be among the few beneficiaries of high gasoline prices this summer, as people in and near the most densely populated U.S. state forsake far-away trips to Europe and South Carolina and head their direction. High gas prices and a weak dollar are leading consumers to curb vacation budgets and abandon the cost of traveling overseas or thousands of miles by car. Photographer: Jin Lee/Bloomberg News

Forbes: As you noted in your speech, you had found similarities from your experience in New Jersey when a gas station attendant pointed to you – and then the gas pump – in the rain and how this was analogous to your thinking on crypto regulation and enforcement today. I did a little research, and the New Jersey Law is called the ‘Retail Gasoline Dispensing Safety Act of 1949’. The current law describes the punishment as an administrative fee between $50 and $250 from the Department of Labor and Workforce Development, so it is not a criminal offense.

Forbes: In terms of the law, New Jersey is the only state in the U.S. that makes it illegal to pump your own gas, while Brazil and South Africa are the only two countries who also make it illegal to pump your own gas, with the desire to protect against job losses. The New Jersey’s legislature as to the rationale for the law includes, to quote a few:

What is your reaction to this when you compare it to the SEC’s view on regulation of token projects today?

Hester Peirce: That is part of what’s going on in the SEC in many areas. An investor protection mandate is best served by giving good disclosure to investors so they can make decisions for themselves. It is tempting for me as a regulator to let me step in your shoes and tell you to purchase this and not purchase that. That is a dangerous place to be. As a regulator, I do not know your circumstances, portfolio, and plan for the future. To say to investors what they should or should not do reflects hubris. Every investor should go into everything with eyes wide open and very skeptical. We are not a merit regulator.

See below for further details on the speech by Commissioner Hester Peirce and also for a link to New Jersey’s law on dispensing gasoline.