The Securities and Exchange Commission is investigating how Eastman Kodak handled the announcement of a $765 million deal with the U.S. government to produce COVID-19 drug ingredients, the Wall Street Journal reported Tuesday, increasing scrutiny of a blockbuster deal beset by allegations of insider trading and suspicious transactions. 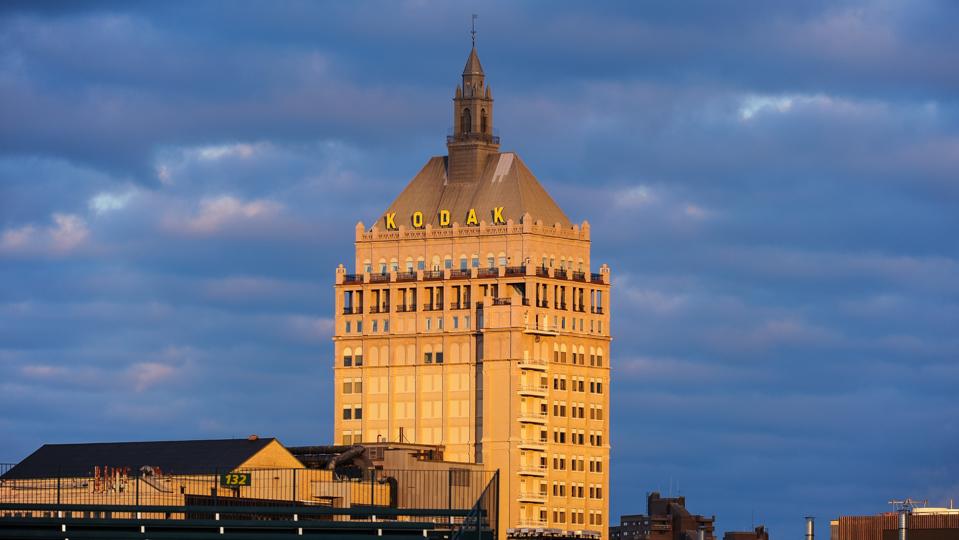 General view of the Kodak building prior to the match between Mexico and the United States at … [+] Sahlen’s Stadium on September 18, 2014 in Rochester, New York.

The day before Kodak was set to officially announce the $765 million loan from the Trump administration, the company sent local news outlets in Rochester, New York, an early copy of the announcement—but did not indicate the news was not meant to held until the next day and then told journalists to delete stories or tweets about the initiative, according to the WSJ.

After local ABC and CBS affiliates published stories on the deal on July 27, trading volume rose to roughly seven times the average daily volume during the previous 30 trading days and the share prices rose nearly 25%; after the official announcement on July 28, the stock gained more than 300%.

The agency is also investigating additional allegations of insider trading, specifically involving 1.75 million in stock options granted to CEO Jim Continenza the day before the official loan announcement, though the company has said those were regularly scheduled purchases and SEC filings indicate that Continenza has not yet cashed in by selling off any shares.

The investigation comes a day after Sen. Elizabeth Warren (D-Mass.) called for the SEC to probe Kodak, calling it “the latest example of unusual trading activity involving a major Trump administration decision.”

The SEC is early in its investigation and it’s unclear if the probe will result in allegations of wrongdoing, according to the WSJ.

The SEC declined to comment while Kodak shares fell 9% following news of the investigation.

In a statement to Forbes, an external spokesperson said Kodak’s internal communications team never intended for the announcement to be published ahead of time, and the WSJ reported that journalists were told to delete the information after it went public. As for Continenza’s stock options, a spokesperson said the grant was intended to prevent his shares from being diluted in the future and was given to him the day before the official announcement because it was the first time the compensation committee met after the grant was approved by shareholders in May 2020.

Kodak’s move into pharmaceuticals is a dramatic pivot for the company, which dominated photography for over a century after its founding in 1888. But after failing to capitalize on the rise of digital photo sharing and cell phone cameras, Kodak filed for Chapter 11 bankruptcy in 2012 and briefly flirted with the idea of pivoting to cryptocurrency in 2018.