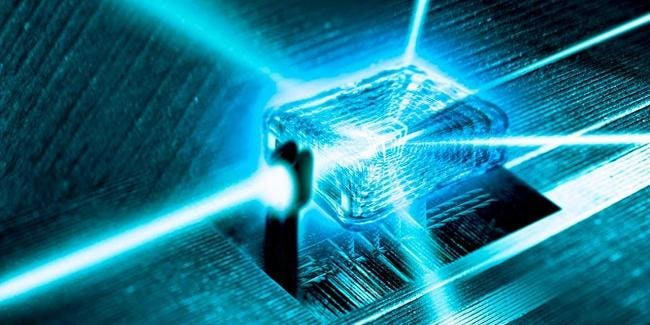 The competition between the U.S. and China over who will dominate the world’s 5G networks is fast reaching a boiling point. Beijing’s crackdown on Hong Kong is bound to give some pause countries who have signed up to use China’s leading telecom equipment company, Huawei, to supply their 5G needs.

What good is Huawei’s word on a contract, when their country’s solemn pledge on treaties like the one that guaranteed Hong Kong’s autonomy, is worthless?

On the other hand, Huawei’s slick marketing, low-cost contracts, and Beijing-backed financial incentives has convinced ninety-plus countries to sign some part of their 5G future over to Huawei, despite that company’s questionable record on everything from security and reliability to alleged links to the Chinese military and intelligence services.

What can the West offer as an alternative? That’s the question that bedevils policy-makers as well as engineers and corporate leaders.

One is an option we’ve discussed several times in this space, is releasing the RFP now at the Defense Department, that would create a new paradigm for building 5G networks, by opening a portion of the DoD-controlled spectrum to a market-based, wholesale priced 5G architecture. Eric Schmidt, formerly CEO of Google GOOGL and now head of the Defense Innovation Board, has advocated opening the DoD spectrum to private companies. Several countries still on the fence regarding Huawei, would welcome this innovative approach to spectrum allocation instead of the traditional auction method.

The other advantage the U.S. and allied countries and companies like 5G’s Nordic twins, Nokia and Ericsson, can offer is security. Right now there’s a cluster of innovative companies offering solutions to the problem that sits at the heart of 5G, and cybersecurity in the 21st century: how to protect data and networks from a future quantum computer attack.

Such an attack would overturn virtually every asymmetric public encryption system currently protecting data in banks, corporations, and government agencies. It would crack the security that guards our power grid, air traffic control, and financial markets. Yet those are precisely the kind of networks that will increasingly rely on access to 5G—and precisely the kind of attack Huawei has no plans to protect customers from.

The development of such a code-breaking machine may be from five to fifteen years off-but then so are fully implemented 5G networks. In addition, the one country that would be in a position to wield that unholy quantum power is China, which is spending billions of dollars to develop this dangerous technology. America and the West have a special obligation to protect their 5G future against that threat—-while bearing in mind that quantum-resistant applications that protect against future quantum attack, can also protect against normal cyberattacks today.

For example, QRC Americas is looking to offer an AES AES -based encryption solution for future 5G networks. AES is the NIST-approved standard for symmetric encryption. By in effect “doubling up” AES encryption, the engineers at QRC are unveiling a way to protect data and communications without slowing down the network-and at a much cheaper rate than more elaborate encryption solutions.

Meanwhile, a Utah-based company, AgilePQ, is looking at 5G’s future downstream presence in the internet of things (IoT). From smart thermostats to home security systems and driverless cars, 5G will be deployed across millions of new points for processing data—which are also millions of points of possible intrusion by a hacker or quantum computer.  As devices get smaller, and 5G more granular, the need for cost-efficient ways to protect devices and legacy cryptosystems linked to those devices, will accelerate. Agile PQ is building in effect a “library” of quantum-resistant software that can integrated into any device firmware or server infrastructure.

One of those devices will be our smart phones. The Korean tech giant Samsung, has partnered with the Swiss-based company IDQuantique and SK Telecom, to install a Quantum Random Number Generator (QRNG), an advanced security tool that uses quantum technology to protect consumers’ sensitive information by generating true random numbers that cannot be hacked, in its new Galaxy A71 5G phone—the world’s first QRNG-powered 5G smartphone. This QRNG chipset allows smartphone users to choose 5G-provided services safely and securely, including eventually linking to a universe of quantum-secured data centers thanks to companies like Agile PQ and QRC Americas.  The release of the Samsung quantum-capable smart phone is a landmark event in the history of cybersecurity as well as advanced wireless.

These are all security features that Huawei will never provide for their customers—for obvious reasons. Instead of 5G technology creating a security “black hole” for the next several decades, American and Western telecoms need to be able to offer customers a 5G future that’s safe and secure, even from the biggest crypto threat of all time.

The time to start is now.

Ask Ethan: How Do We Feel Acceleration In...

More On Unemployment Benefits For The Self-Employed, Independent...

Survive Or Thrive? Embrace A ‘Play To Win’...

Sergio Agüero Out, Sean Longstaff In: The Keys...

Red Sox May Have Market For David Price...

How Narcissistic Leaders Can Destroy Organizations During Covid-19