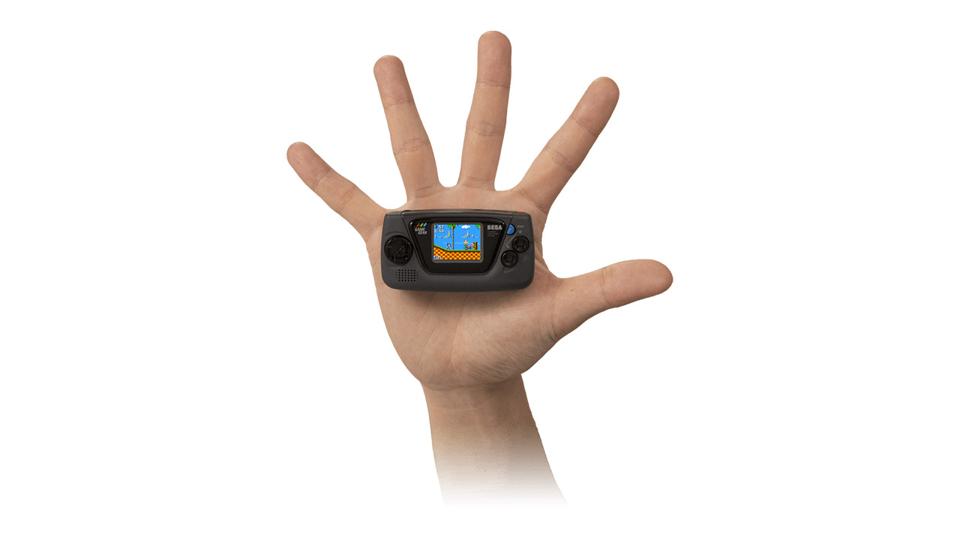 What with everyone doing mini versions of classic video game consoles these days, Sega has now unveiled a new Game Gear Micro handheld.

If you don’t know about the Game Gear, it was Sega’s entry into the 90s handheld console market to combat Nintendo’s hugely successful Game Boy.

Unlike the original Game Boy though, the Game Gear had a proper color screen.

The downside to this back then was that the Game Gear devoured batteries like crazy, which turned out to be an issue when competing with the more frugally powered Game Boy and later Game Boy Pocket.

In any case, the Game Gear is a classic gaming handheld that has a great library of games on it.

The only really issue here is that this new Game Gear Micro really is tiny and I think it will be pretty awkward to play with.

There’s even a magnifying glass to help enlarge the screen, so I am not sure why Sega made this Game Gear Micro quite so small.

What’s also curious here is that the Game Gear Micro will come in four colors; black, blue, yellow and red.

Each version will come with four different games, so if you want all sixteen games you will need to buy each version.