Breaking
How To Get Your Startup Business Off The...
How To Create A COVID Safe Construction Site
How to Make a Good First Impression at...
Volkswagen’s Truck Unit Ties Up With TuSimple On...
3 Lucrative Hidden Benefits Of Podcasting
U.S. Tax Court Affirms Most Penalties In Patel...
Your Stargazing Guide To Fall: One ‘Halloween Blue...
Mnuchin: White House Still Supports Direct Payments For...
How To Retain Your First Startup Product Users
China Shipments To The U.S. Are 7 Times...
Reviewing ‘The iPhone Of Air Conditioners’
The 8 Best CRO Companies of 2020
AARP BrandVoice: The Doctor Will See You Now,...
ThoughtSpot’s New Cloud-Based Tool Aims At Boosting Growth...
10 Ways Service-Based Businesses Can Generate Positive Word-Of-Mouth...
A Customer-Centric Culture Starts By Embracing This One...
Report: Struggling Black-Owned Businesses Need More Government Grants
Microsoft Races Ahead On RPA (Robotic Process Automation)
Why The Fed’s Outlook Paints A Sobering Picture...
Home Technology Sega’s Celebrating A Big Anniversary With A Tiny Game Gear
Technology

Sega’s Celebrating A Big Anniversary With A Tiny Game Gear 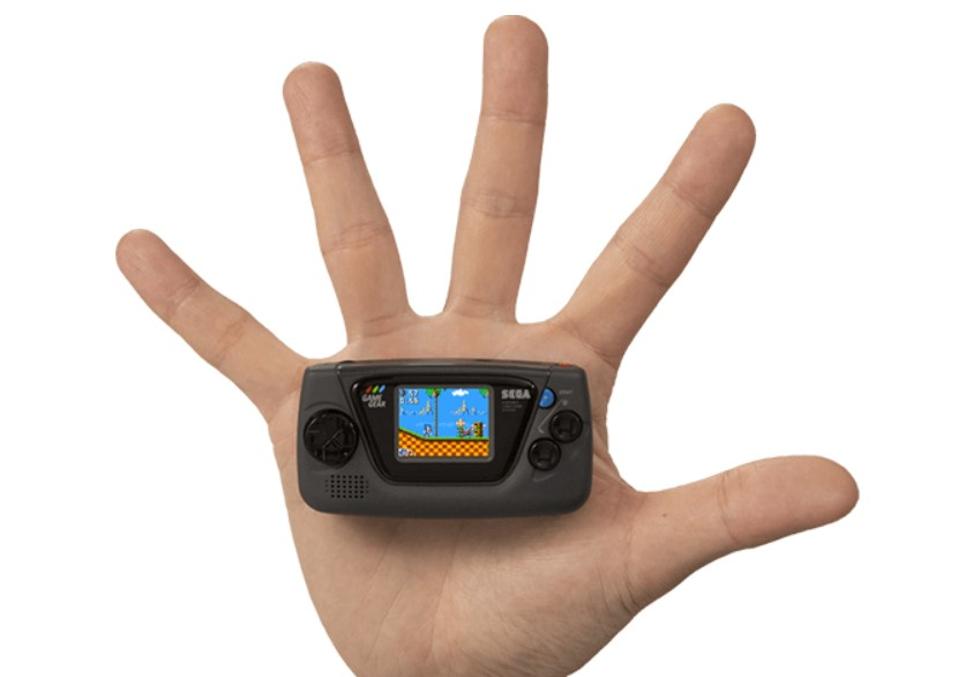 Sega is celebrating its 60th anniversary in a big way. Or, to be more precise, with a tiny device. It’s releasing a mini version of its classic handheld console, the Game Gear.

The Game Gear Micro will cost ¥4,980 (about $45). According to Kotaku, it’ll be available in four colors: blue, yellow, red and the original black.

Other details, including North American availability and what games you’ll be able to play, are unclear at the time of writing (I’ll update this post when Sega confirms more information). The promotional image includes a screenshot of the company’s mascot Sonic in action, so you can probably expect the Game Gear Micro to include a Sonic game or three.

Sega (which was founded on June 3rd, 1960) released the original Game Gear in 1991 and discontinued it in 1997. It was a notoriously bulky and heavy console — that probably won’t be a problem this time around.