Breaking
Three Essential Components of a Successful Small Business
Pandemic Pet Adoptions Add To Chewy’s Tailwinds, But...
How to Use LinkedIn’s Social Selling Index Like...
Strong Revenue Trend Could Drive EXACT Sciences Corporation...
9 Things To Know Before Starting A Business
‘Game & Watch: The Legend Of Zelda’ Will...
The 9 Fundamental Components Of A Startup Pitch...
How to Get Results from Broken Link Building
Florida Supreme Court Tells The American Bar Association...
How to Write Perfect Paid Social Media Marketing...
How Restaurants Can Design a More Sustainable Food...
Expenses That Small Business Owners Need to Be...
How You Can Make Saying Goodbye To The...
Biden To Meet Royal Family At Cornwall’s Eden...
It’s Going To Be Emotional — Going International...
Peer Mentoring For Students: STEM & Buds
Home General Senate GOP Pushes Through Democratic Filibuster To Advance Amy Coney Barrett Nomination
General 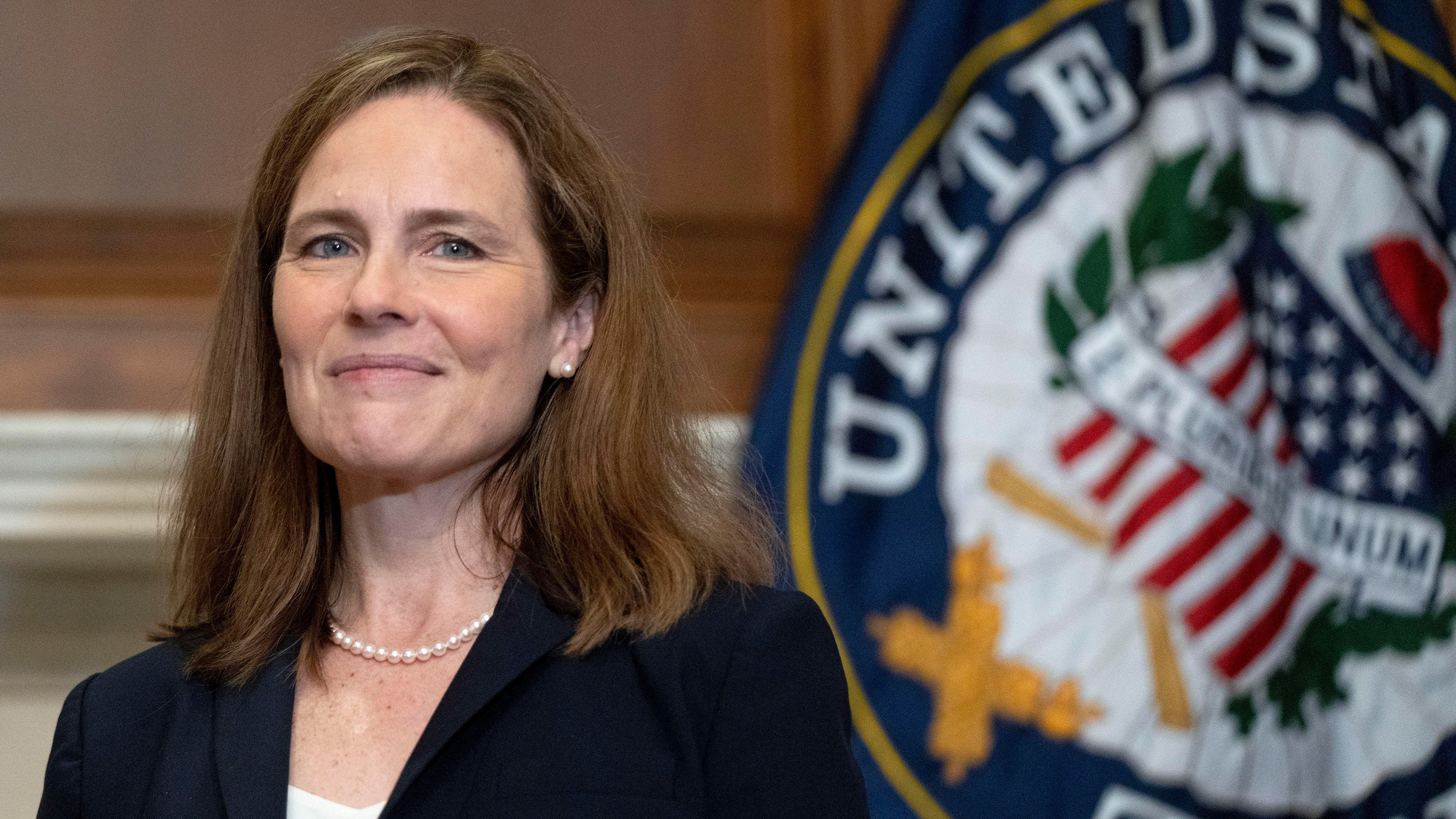 Senate Republicans voted Sunday to move forward with the confirmation of Judge Amy Coney Barrett—who will be President Trump’s third appointee and the sixth conservative justice on the nine-person bench—to the Supreme Court against Democratic objections, overcoming a final procedural roadblock and virtually guaranteeing her appointment in a final vote on Monday.

The Senate’s rare Sunday procedural vote ended a Democratic filibuster that was a last-ditch effort to delay the confirmation.

During her confirmation hearings, Barrett faced tough questioning from Democrats on her position on the Affordable Care Act and Roe v. Wade, both of which they believe she will vote to overturn.

Though she has a consistent record of conservative voting, Barrett has maintained that her personal views will not influence her rulings on the Supreme Court.

“By tomorrow night, we will have a new member of the United States Supreme Court,” Senate Majority Leader Mitch McConnell (R-Ky.) said on the Senate floor Sunday.

“The Republicans, as we all know, as the nation knows, are running the most partisan, most hypocritical, least legitimate process in the history of Supreme Court nominations,” Senate Minority Leader Chuck Schumer (D-N.Y.) said last week.

Democrats have raised vehement objections to Barrett’s nomination to the court since President Trump announced her nomination at the end of September, in the immediate aftermath of Justice Ruth Bader Ginsberg’s death. They are arguing that Barrett’s nomination on the grounds that it is too close to the Nov. 3 presidential election—especially given President Trump’s repeated statements that he wants Barrett confirmed quickly so she can rule on any legal challenges that arise in the aftermath of the election.

What Does It Mean That Amy Coney Barrett Served As A ‘Handmaid’ In A Religious Group? (Forbes)