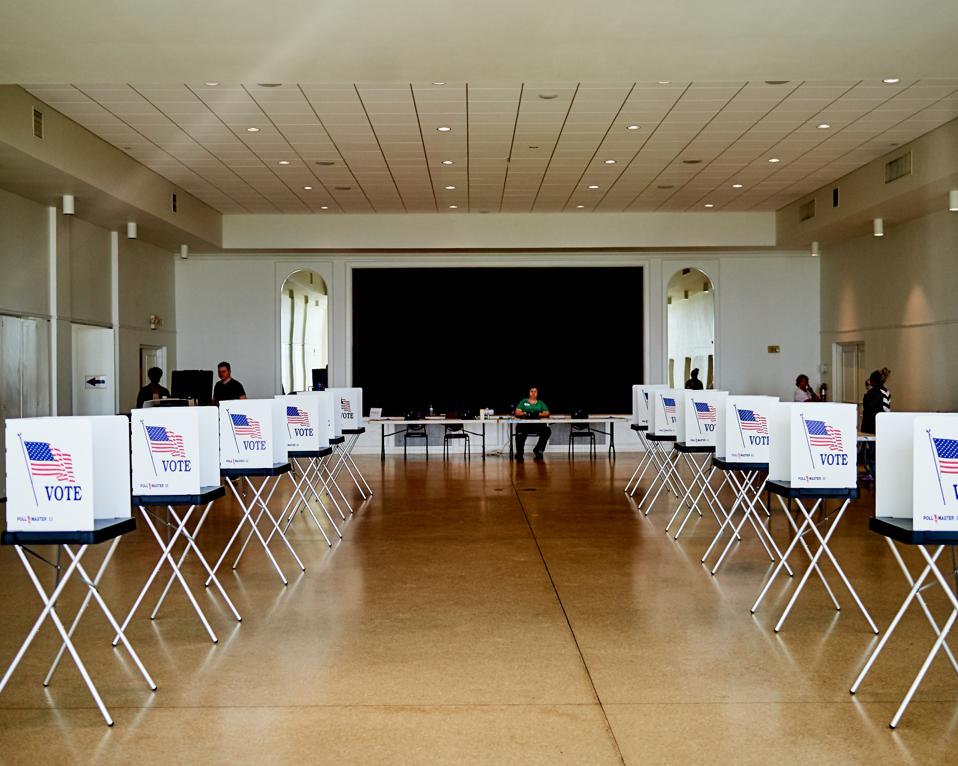 TAMPA FLORIDA MARCH 17: Voting stations are seen empty during Florida’s primary election at the … [+] Tampa Garden Club voting precinct on Tuesday, March 17, 2020 in Tampa Florida. Polling volunteers say that in-person turnout is down at most locations due to fears of the COVID-19 virus. (Zack Wittman for the Washington Post)

Topline: The Senate passed the largest stimulus bill in its history late Wednesday in response to the coronavirus crisis, including $400 million in election assistance for states, but some experts wonder whether that will be enough to support initiatives such as support mail-in and early voting.

Crucial quote: House Speaker Nancy Pelosi, D-Calif., told NBC News that even though Democrats didn’t get what they wanted for election, they didn’t want to “hold up” the bill and would revisit it another day.

Democrats also pushed for additional election measures to be included in the stimulus bill such as requiring states to permit up to 15 days for early voting.

Further reading: Jessica Huseman of Propublica reports that mail-in voting would “reduce coronavirus transmissions” but have other “risks.”

“While mail-in ballots seem like an elegant solution as the United States grapples with containing COVID-19, experts say slow-moving state and county governments, inconsistent state rules and limited resources to buy essentials such as envelopes and scanners could make it difficult to ramp up nationally to reach more than 200 million registered voters in the November general election,” writes Huseman.

“Among the possible downsides of a quick transition are increased voter fraud, logistical snafus and reduced turnout among voters who move frequently or lack a mailing address.”

What we don’t know: Congress could pass separate legislation to support mail in voting for this election year. Sens. Amy Klobuchar, D-Minn., and Ron Wyden, D-Ore., introduced legislation earlier this month that would support mail in ballot initiatives.

On Wednesday, the senators released a joint statement calling the election assistance included in the stimulus bill a “step in the right direction” but not enough to ensure “safe and secure elections.”

Does The Royal Crisis Reveal Your Inner Monarchist,...