Breaking
Women Of Color Hill Staffers Talk New Economic...
Are You Ready For A Jaw-Dropping December? How...
FIFA 21 Next-Gen Details Revealed For PS5 And...
Being Right At Being Wrong
Click And Collect: How Retailers And Restaurants Can...
Biden’s Stock Market Is Off To A Faster...
How To Avoid Social Media Misinformation Ahead Of...
The True Cost Of Losing An RFP
When Cause And Effect Converged With Humanity
Exxon Mobil Breaks Above 200-Day Moving Average –...
This Small Business Is Looking To Make America’s...
This Woman Invented Something 160 Million Americans Will...
6 Questions To Practice Gratitude This Thanksgiving
Report: Facebook Tweaked News Feed After Election Day...
End The Month Strong With These Top Value...
From Maths Failure To Global Educator: How Knowledgehook...
Home Business Sergio Agüero Out, Sean Longstaff In: The Keys For Newcastle United Against Manchester City
Business

Sergio Agüero Out, Sean Longstaff In: The Keys For Newcastle United Against Manchester City 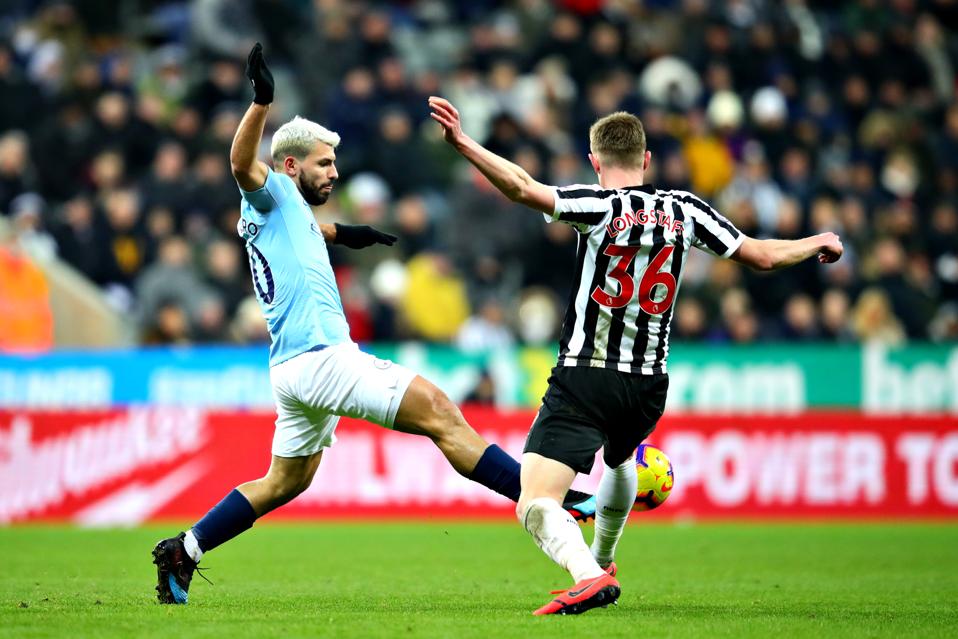 Sometimes, miracles do happen; on the night that Miguel Almiron’s signing from Atlanta United was first agreed, Newcastle United were hosting Manchester City at St James’ Park. It was during the final days of the January transfer window, the last game before it slammed shut. Heading into the evening kick off, there was a lot of trepidation; Rafael Benitez was witnessing his fourth successive disappointing window, and there were genuine fears that it would be his last time in the home dugout, while there were plans for a sit in protest after the final whistle. In the end, though, it turned out to be a night when everything flipped; the hope was it would make a change for good, only it hasn’t worked out that way.

Almiron’s arrival, it was assumed, would be enough to swing Benitez’s decision in favour of staying rather than going at the end of the season; ultimately, it wasn’t. The Spaniard felt as though he wasn’t really wanted, only to be kept quiet. The £21million signing was record-breaking at the time and really felt like a watershed moment; looking back now, it was little more than a token gesture, but it created a backdrop of positivity on the night the champions came to town. There was a buzz in the air, and it helped Newcastle rally to a famous victory that was probably the bedrock of their form in the second half of the season. Even after Sergio Agüero scored within a minute of kick off, his 11th goal in just 14 games against the Magpies, they battled back to win 2-1 courtesy of Salomon Rondon’s equaliser and Matt Ritchie’s penalty.

All the positivity galvanised by that entire evening has dissipated; Benitez left for China over the summer, taking Rondon with him, while Ritchie, fresh from a second ankle operation this week, is going to be out until January at the earliest. Steve Bruce has done okay so far this season; there have been some positive moments in the midst of a season battling against the grain on and off the pitch; one of the reasons for that is that night showed exactly what Newcastle, as a club, were capable of; once St James’ Park got going, anything seemed possible and dreams were formed. Not for the first time, though, they were dashed by a lack of ambition from owner Mike Ashley. Even Almiron’s Premier League career hasn’t worked out as expected, perhaps in part thanks to the upheaval; he is now 0 for 23 in terms of goals and games, as he prepares to line up against City on Saturday. 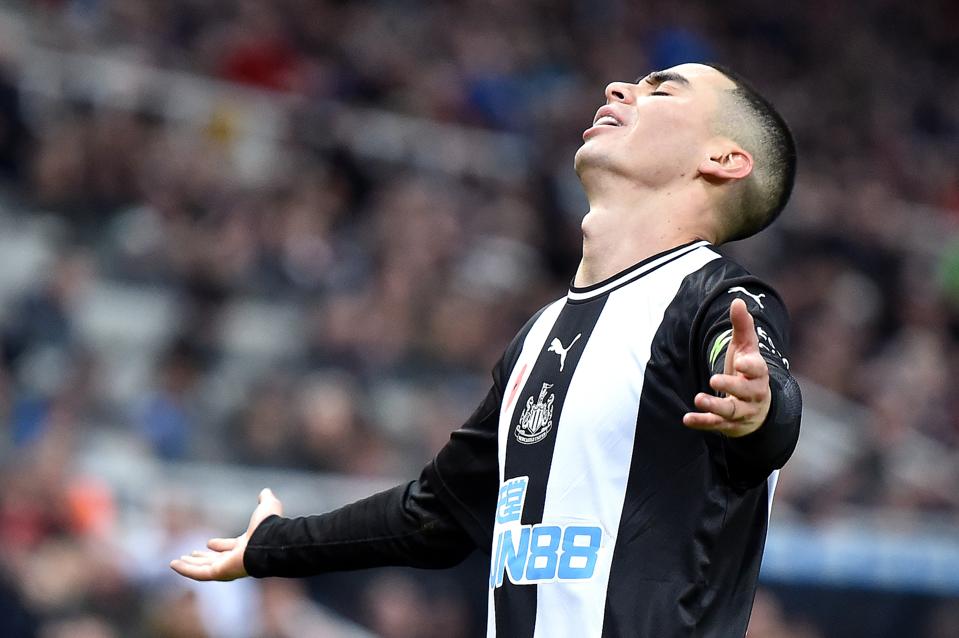 The outlook could hardly be more different for Newcastle, but for their visitors, it is very similar. Pep Guardiola’s men are locked in a title race with Liverpool, only this time their task seems tougher, not only because of a nine-point deficit to the league leaders, but also because neither Leicester City nor Chelsea can be counted out of the fight. What is exactly the same, though, is the forecast ahead of the game; the hosts are fully expected to succumb to a defeat, potentially a heavy one. The news that Agüero will miss out through injury will perk up some Newcastle supporters, for no other reason than his consistency whenever he faces them. His absence improves their chances of repeating the result from last season, if only slightly; but Gabriel Jesus, Raheem Sterling and Kevin de Bruyne may have something to say about that.

If Newcastle do harbour genuine hopes of springing another surprise, they will more than likely lie with returning players. Fabian Schär and Florian Lejeune have got another week’s training under their belts after reaching full fitness last week, while Christian Atsu could to be in the running to start ahead of Almiron. But the most important bit of team news concerns Sean Longstaff; the 21-year-old has been suspended for three games after a late red card in the draw at home to Wolverhampton Wanderers last month. It was Longstaff and Isaac Hayden who, according to Guardiola, held the key to the turnaround ten months ago: “We could not deal with Newcastle’s holding midfielders,” he said after the game. 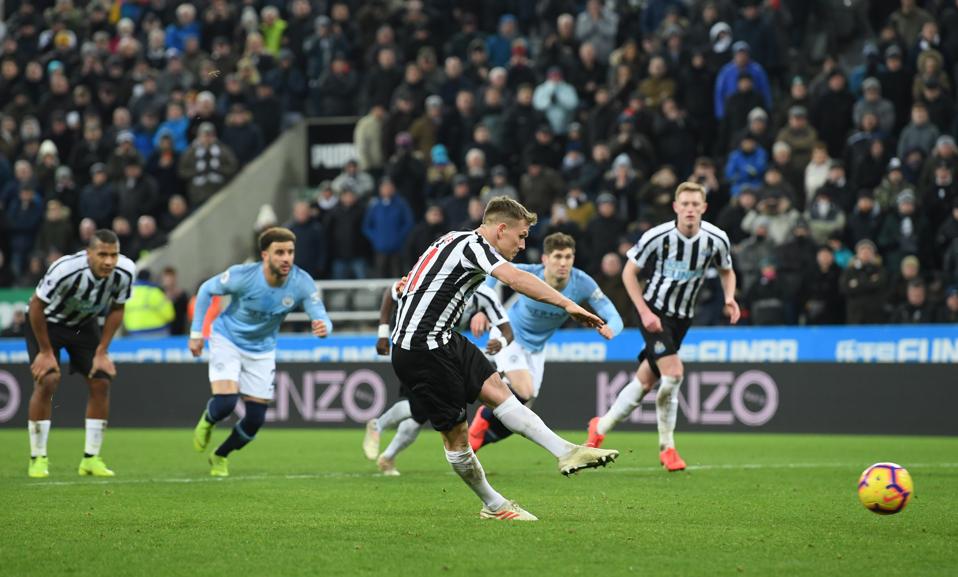 That performance, live on the television, propelled Longstaff onto a bigger stage and probably the radar of a number of big clubs, most obviously Manchester United. Having made his debut on Boxing Day, just over a month earlier, he had found his feet almost instantly, and that was just one of a number of impressive displays before an injury in March prematurely ended his season. That knee problem, and constant speculation over his future, haven’t helped him; he is yet to find the consistency of last term yet, despite positive linkup with his younger brother Matty. There is no better time for him to hit his stride again, alongside Hayden, at the scene of his greatest triumph to date.

Whether Jonjo Shelvey, captain for Monday night’s sobering experience at Villa Park, will be dropped remains to be seen. Once again, the England international polarised opinion; some said he was man of the match during a poor showing, others were heavily critical of him. Longstaff is likely to come back into the team at the earliest opportunity, and it is hard to envisage Bruce moving away from five at the back. Almiron, of course, is another who is potentially vulnerable to losing his place.

Back in January, Newcastle remembered what was great about themselves. Sean Longstaff was crucial to that victory, just as his brother was against Manchester United back in October when he scored the winner. Sergio Agüero’s absence is another carrot, and the prize on offer can be season-defining, but nobody is under any illusions about the task in hand at the weekend.

Donald Cerrone Is The Safest Opponent, But What If Conor McGregor Loses At UFC 246?