Breaking
How To Get Your Startup Business Off The...
How To Create A COVID Safe Construction Site
How to Make a Good First Impression at...
3 Lucrative Hidden Benefits Of Podcasting
Your Stargazing Guide To Fall: One ‘Halloween Blue...
Mnuchin: White House Still Supports Direct Payments For...
How To Retain Your First Startup Product Users
China Shipments To The U.S. Are 7 Times...
Reviewing ‘The iPhone Of Air Conditioners’
The 8 Best CRO Companies of 2020
AARP BrandVoice: The Doctor Will See You Now,...
ThoughtSpot’s New Cloud-Based Tool Aims At Boosting Growth...
10 Ways Service-Based Businesses Can Generate Positive Word-Of-Mouth...
A Customer-Centric Culture Starts By Embracing This One...
Report: Struggling Black-Owned Businesses Need More Government Grants
Microsoft Races Ahead On RPA (Robotic Process Automation)
Why The Fed’s Outlook Paints A Sobering Picture...
As The End Of 2020 Approaches, The Cybersecurity...
Do Businesses Have A Role In Solving Poverty...
Home Business Serial Biotech Entrepreneur Kevin Ness Has Raised $260 Million To Get His Genome-Engineering Device Into The Hands Of Every Scientist Who Wants One
Business 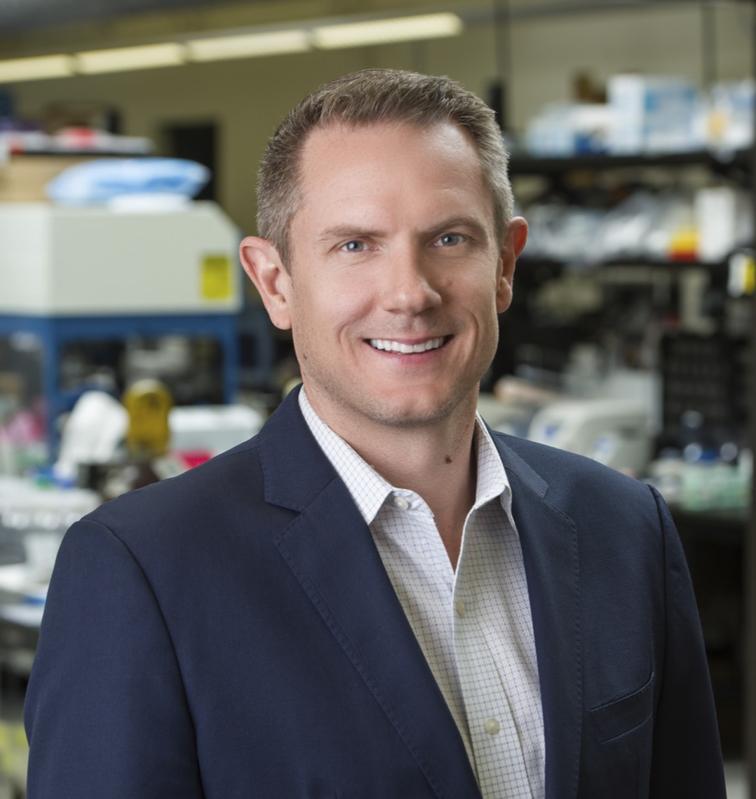 Kevin Ness has made a career of building tools for biologists. Now with the burgeoning field of synthetic biology booming, he’s ramping up his latest venture, Inscripta, which wants to get a genome-engineering device into the hands of every scientist who wants one. The company has been operating largely under the radar, but with the announcement today that it had raised $125 million led by Paladin Capital Group, for total funding of $260 million, it’s ready to make its mark.

“Our instrument is the early Apple. It’s the first personal computer for biology,” Ness told Forbes during a recent meeting in New York City.

Inscripta’s Onyx device is small enough to sit on a desktop (roughly three feet by two feet by two feet in size), allowing scientists to modify cells faster and cheaper than would previously have been possible. A select group of researchers has been working with Inscripta to date through an early-access program. The company now expects to get the Onyx (which costs nearly $350,000 for the hardware, plus additional fees for reagents and software) into the market in 2020.

“We could sell the platform for $1 million, but that doesn’t fulfill our charter of enabling the bioeconomy,” says Jason Gammack, Inscripta’s chief commercial officer. “We believe that biology is going to change the ways we live in ways we don’t comprehend.”

These are exciting times for the emerging field of synthetic biology. Spurred on by technological and economic advances, particularly the plummeting cost of DNA sequencing and the development of a precision gene-editing tool called Crispr, entrepreneurs have been falling over themselves to start companies. Proponents talk about a new bioeconomy that will allow not just a proliferation of new products, but also life-saving antibiotics and a reduction of the environmental harm that comes from our heavy reliance on petrochemicals.

Companies like Ginkgo Bioworks (which I profiled in Forbes magazine over the summer) and Zymergen have set up cell foundries to engineer organisms for new bio-based products. Inscripta’s approach is different: Rather than doing biology as a service in highly automated foundries, it wants to get its devices into the hands of scientists and researchers, who will be able to use it to run experiments and find answers to burning biological questions in hours rather than years.

Ness, 42, has been able to raise so much money for Inscripta because of his successful history as a biotech entrepreneur. He has a Ph.D. in mechanical engineering from Stanford University, and worked as a research scientist at Lawrence Livermore National Laboratory earlier in his career. Then, he cofounded two successful biotech companies, 10X Genomics, which went public in September and now trades on Nasdaq with a market cap of $6.1 billion, and QuantaLife, which was acquired by Bio-Rad in 2011 for $162 million plus future milestone payments. He and his teams developed and commercialized products such as droplet digital PCR, a new method for making copies of specific DNA segments, and high-throughput, single-cell gene-expression measurement solutions.

“We have watched Kevin execute nearly flawlessly on incredibly complex product roadmaps,” says Paul Conley, managing director at Paladin Capital. “This is one of the most complex products you are going to see on the marketplace. If we hadn’t seen Kevin execute on this level of complexity in the past, we wouldn’t be this bullish.”

After Ness left 10X Genomics, in the fall of 2016, he was thinking about what to do next when he heard from multiple people (including a headhunter) about a Boulder, Colorado startup called Muse Bio. Ryan Gill, then a professor at University at Colorado and now scientific director at the Novo Nordisk Foundation Center for Biosustainability, and two of his students had founded Muse in 2015. The company was tiny then, Ness recalls, but it had some patents in genome writing, an area that he was keen to work on. “The tools for biologists are atrocious, and they’re worse on writing than reading,” he says.

Ness moved from California to Colorado to join the company as CEO, replacing Gill, with the goal of bringing its products to the market. “I had this bold vision to create this platform as a standalone, to do what Illumina had done for genome-reading Inscripta wants to do for genome-editing,” he says. Genome-sequencing giant Illumina now trades on Nasdaq with a market cap of $48 billion.

Ness recruited Illumina cofounder and former chief operating officer John Stuelpnagel as chairman of the board, and raised $23 million in venture capital from Venrock, the venture capital shop formed by the Rockefellers, to jumpstart operations. “I’m a big believer in tools. They seem so simple, but they are so enabling,” says Stuelpnagel, who is also chairman of the board of 10X Genomics. “I think Inscripta has the opportunity to be the next big tool in the toolbox of scientists.”

By 2017, Forbes wrote that Inscripta (as Muse was renamed) had discovered a new Crispr enzyme for editing DNA, known as Crispr-MAD7, and was going to give it away for free as it worked to create machines that it could sell to scientists. By this year, still operating in stealth, it had begun working with researchers and academics, including MIT’s Jim Collins and Chris Voigt and UC Berkeley’s Jay Keasling in an early-access program. Early projects focused on areas that included antibiotic resistance and cannabinoids.

This October, Ness raised the profile of the company with a talk at premier synthetic biology conference SynBioBeta. Since then, Ness says, the response has been “extremely positive and completely overwhelming,” though he declines to say just how many Onyx machines he has commitments to sell.

Markus Herrgard, director of data science and automation at the Novo Nordisk Foundation Center for Biosustainability near Copenhagen, expects to get one of the devices for its lab sometime next year, and could eventually roll out more of them. “The way we envision using the technology Inscripta has is to accelerate the process,” he says. “Instead of making one [genetic] change at a time we can make tens of thousands at a time. In terms of speed, this is definitely a sea change.”

The first version of Onyx will work on microbial cells, but Inscripta plans to launch a future product that could work with mammalian cells, a far more complex area that will allow researchers to develop sophisticated therapeutics. “What we want,” says Ness, “is the next industrial revolution—the bio-based industrial revolution.”

How To Go From Family Business To Business Family