Breaking
Extra $300 Weekly Unemployment Benefits Are Still Going...
Four Ways To Grow Your Team Via Professional...
These Up And Coming Tech Hubs Are Having...
Overwatch Is Testing A Soldier 76 Buff In...
3 Ways I’ve Learned Conversations Can Change The...
11 Considerations When Determining An Equity Offer To...
ESG Metrics: A Path Forward For Companies
‘Moriarty The Patriot’ Makes A Hero Of Holme’s...
Mind The 99 Year Gap: How To More...
The WFH Revolution: How Covid-19 Is Changing The...
eToro Announces Staking For Cardano And Tron
Fintech Startups: Plan For Your Customers’ Emotional Realities
The End Of Third-Party Data — Finally
The Scientologist Billionaire Trying To Make A New...
Mission-Driven Fintech Kontist Shakes Up The Future Of...
What Can The Simple Fact That ‘We Exist’...
Home Technology Severe Coronavirus Risk Higher In Babies, Lower In Kids, Study Finds
Technology 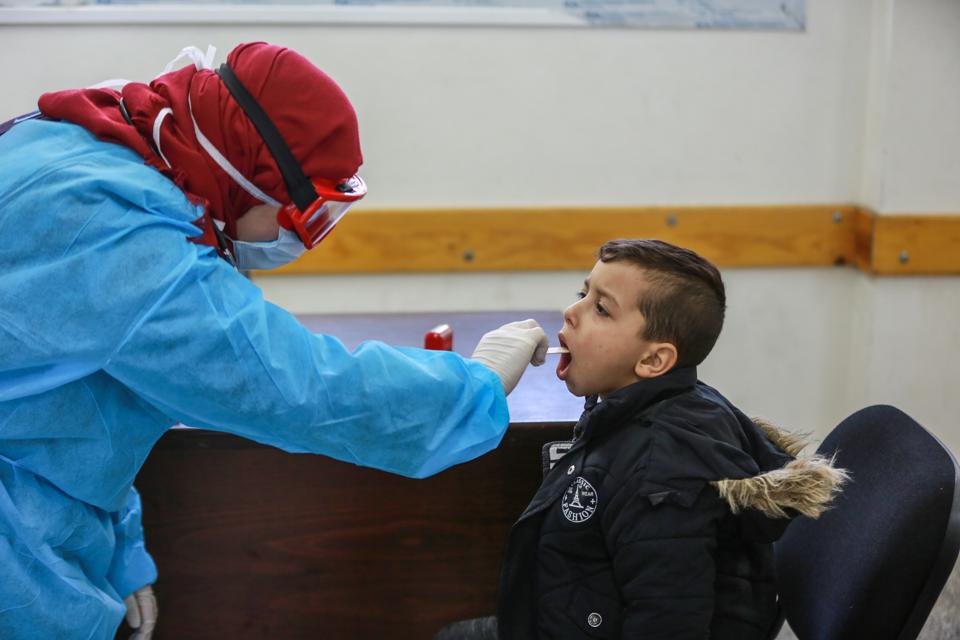 GAZA CITY, GAZA – MARCH 18: A healthcare worker checks a boy at a school which is turned by the … [+] United Nations Relief and Works Agency for Palestine Refugees (UNRWA) into a clinic for patients with respiratory system disorders as a precaution against the coronavirus (COVID-19) in Gaza City, Gaza on March 18, 2020. (Photo by Ali Jadallah/Anadolu Agency via Getty Images)

Data from more than 2,000 COVID-19 cases in Chinese children continue to show that school-age children and teens have a lower risk of severe disease from the novel coronavirus, according to a study published in Pediatrics March 17. Among younger children, however, the rates of critical COVID-19 cases are somewhat higher, particularly in infants under 1 year old.

The researchers described the characteristics of 731 children with COVID-19 confirmed through lab testing and another 1,412 children suspected of having it, all reported to the Chinese Center for Disease Control and Prevention between January 16-February 8, 2020.

A little over half the children were boys, but the authors did not find any significant differences in the severity of cases between girls and boys. Continuing with the pattern seen so far, the majority of cases were mild, and only one child died. About 6% of cases were severe, considerably lower than 18.5% rate seen among adults in China. Only 0.6% of the children had acute respiratory distress syndrome or multiorgan system dysfunction, the most serious complications.

“Why most of the children’s COVID-19 cases were less severe than adults’ cases is puzzling,” wrote Yuanyuan Dong, of Shanghai Children’s Medical Center and the Shanghai Jiao Tong University School of Medicine in China, and her colleagues. They suggest that the reasons could related both to how children were exposed and the characteristics of the children themselves. “Children were usually well cared for at home and might have relatively less opportunities to expose themselves to pathogens and/or sick patients.”

One possibility is that the receptor the virus uses to latch on to cells is not mature enough in children for the virus to attach as well. It’s also possible that developing immune systems in general might respond to pathogens differently than the immune systems of adults, the researchers wrote, but they pointed out the youngest children actually have higher rates of severe cases than school-age children and adolescents.

“These results suggest that young children, particularly infants, were vulnerable to 2019-nCoV infection,” the authors wrote. “Therefore, the mechanisms for the difference in clinical manifestations between children and adults remain to be determined.”

Another notable finding in the study was that 13% of the children with lab-confirmed infection showed no symptoms. That number is “almost certainly” below the actual number of asymptomatic infections since children without symptoms are not as likely to be tested, pointed out Andrea T. Cruz, MD, MPH, of the Baylor College of Medicine Department of Pediatrics, and and Steven L. Zeichner, MD, PhD, of the University of Virginia Departments of Pediatrics & Microbiology in Charlottesville. Dr. Cruz and Dr. Zeichner are associate editors of Pediatrics who wrote an editorial accompanying the study.

Dr. Cruz and Dr. Zeichner pointed out another concern that’s received less attention regarding transmission from children: shedding in children’s feces, or poop. The virus appeared in children’s feces for several weeks after they were diagnosed, which increases the potential for infection from children who are not toilet-trained or adequately washing their hands. The disease also appears to affect children’s upper respiratory tract rather than lower, including more potential for carrying the virus in their nose and throat.

“Prolonged shedding in nasal secretions and stool has substantial implications for community spread in daycare centers, schools, and in the home,” Dr. Cruz and Dr. Zeichner wrote. This long period of shedding the virus might also make it harder to decrease the spread of the illness.

One thing the study was not able to do was characterize the most common symptoms in children and how they show up, which might differ from adults. In this study, the children suspected of having COVID-19 had more severe cases than those with lab-confirmed COVID-19, “which suggests that some suspected cases might be caused by other respiratory infections,” such as respiratory syncytial virus (RSV). The researchers also did not have information on when the children were exposed, so they weren’t able to look at how long the incubation period was for the virus before the children developed symptoms.

The research was funded by the Science and Technology Commission of Shanghai Municipality, and the study authors had no financial links to pharmaceutical companies or similar businesses. Dr. Zeichner is an inventor on a patent filed by The University of Virginia related to rapid vaccine production.

Trillions Of Pennies For Your Video