It’s not often that people at aquariums think of sharks going at it but, surprise, it does happen! In fact, oftentimes two sharks having sex is the sole hope for their wild populations. Such is the case for the tawny nurse shark (Nebrius ferrugineus), which the International Union for Conservation of Nature (IUCN) has classified as Vulnerable.

A member of the Orectolobiformes (carpet sharks) order, although they don’t look it they are indeed ‘cousins’ to wobbegong sharks, zebra sharks, and even whale sharks. Found across the tropical Indo‐Pacific region including the Red Sea, they are commonly seen between 16-98 feet (5-30 meters) deep. In the Red Sea lives an adult population of these tawny nurse sharks that have been maintained in an enclosed artificial lagoon exhibit since 2003. Originating from the Red Sea, the artificial lagoon is outdoors and is exposed to naturally occurring and seasonally changing elements. This captive environment focuses on the Red Sea biotypes and is full of life, as well as eight other species of elasmobranchs. 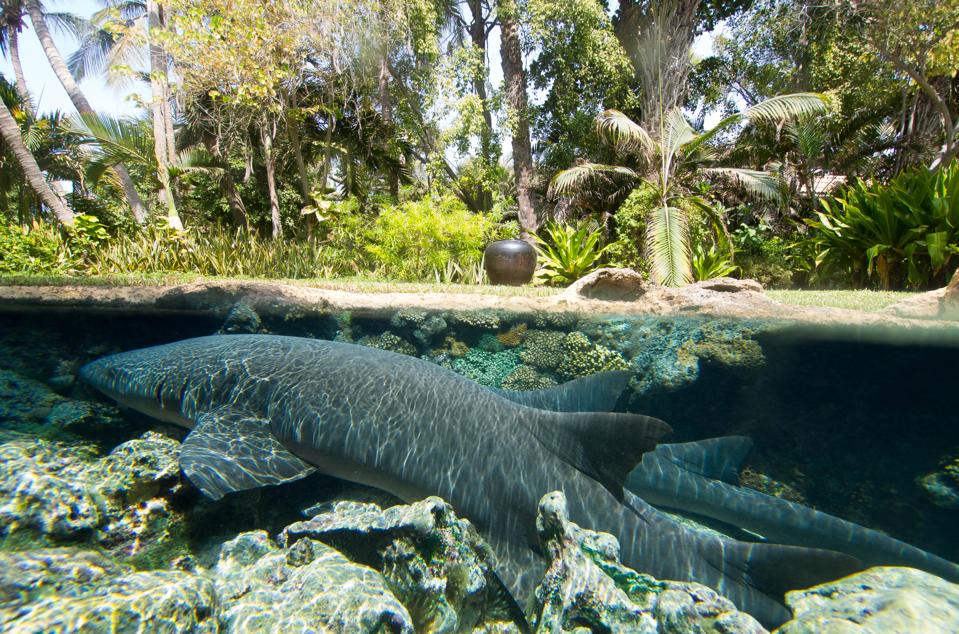 It isn’t unusual to see tawny nurse sharks in captivity. In fact them and nurse sharks (Ginglymostoma cirratum) are commonly displayed in aquariums throughout the world! And while there have been numerous reports of nurse sharks successfully breeding in captivity, only one report exists for tawny nurse sharks that dates back to 1995 and is from newly collected sharks. Which is why the successful reproduction of a group of tawny nurse sharks between 2008 and 2015 is so exciting! Occurring on an annual basis (except for 2013), the 12 confirmed birthing events were the first for long-term captive tawny nurse sharks. “We did not initially realize that our first successful reproduction was actually a first until we closely looked into the species history. We were aware of a public aquarium in Japan which had reported on the reproductive modes of this species in 1995. However, these reports were on newly collected sharks and not long term captives like ours,” confirmed Lewis Cocks, aquarist supervisor and lead author of the study.

Not only do captive births help boost overall population numbers, but also contributes to the limited reproductive knowledge of this monotypic species. “Understanding reproduction with any shark species allows significantly better management of wild populations,” explained Cocks. “All of the births that we report in our paper occurred from late October until early December. If this time period correlates with wild populations in the Red Sea then this would allow improved management and perhaps even a moratorium on catching this species during the suspected birthing season.”

This new research shows that this shark reproduces at most once a year, and only produce one or two young at a time. Curiously, no mating was seen! But it was clearly executed and successful because… well, pups were born. When asked about the most surprising find, Cocks was astounded that they were even able to find and remove the newborn sharks in such a predator-heavy aquarium. “This demonstrates how robust and independent newly born juvenile nurse sharks are and is a testament to the species resilience in the wild,” he said. 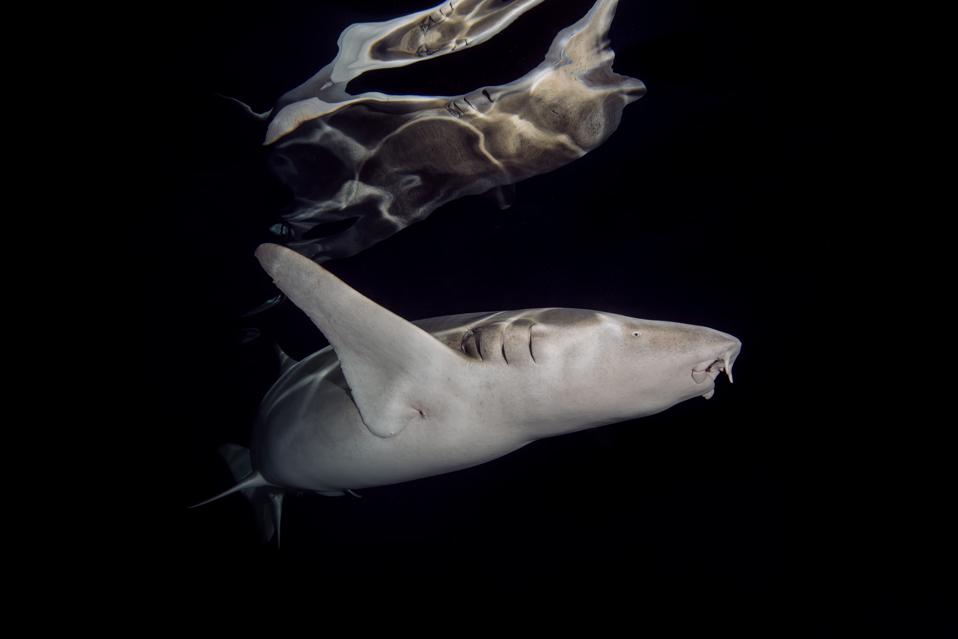 While the parents of these past babies are still at the exhibit and doing well, no newborns have been seen in the exhibit since 2015. But who knows what the future holds in 2020!

Epic Games Is Giving Away This ‘Star Wars’...