Breaking
How to Build a Sales Forecast Model
The Unexpected Ways COVID-19 Has Forever Changed What...
Google Posts: Conversion Factor — Not Ranking Factor
How To Bring Your Branding To Life
Coinbase Cofounders And Investors Poised To Rake In...
How To Stay Top-of-Mind For Your Audience With...
Employers: Eight Red Flags You May Not Notice...
The benefits of videoing in the automotive industry
Ted Lasso, Other Apple TV+ Shows Arriving Soon...
How To Incorporate Click And Collect Into Your...
What Are Working Capital Loans and When Should...
The 10 Biggest Trends in Entrepreneurship to Look...
Clubhouse Has Grown 10X In Two Months. Here’s...
Here’s Why Tyson Foods Stock Looks Undervalued At...
How To Maintain Client Relationships During Long Projects
WhatsApp Is Pushing Ahead With Its Controversial Privacy...
Home Business Shark Tank ‘Portable Travel Safe’ Inventors Pivot, Create New Product
BusinessEntrepreneurshipStart Ups 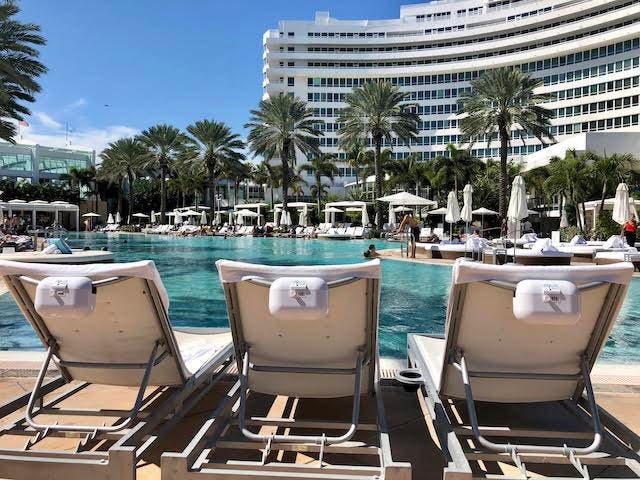 When 2020 began, AquaVault was a small, travel-related company looking forward to its most promising year yet. The company was primarily known for selling FlexSafe, a small, portable “safe” for people on the go.

Made of a slash-resistant, water-resistant, lightweight but heavy-duty fabric, the innovative product was a case designed to protect valuables—at the beach, a pool, on a cruise, or at a waterpark—by locking it to a fixed object (like a beach chair, table or railing).

Then the pandemic hit. “All of a sudden the world gets hit by a situation we’ve never seen in recent history,” says Kinas.

AquaVault was just one of many travel companies—both large and small—forced to rethink their services and products. This has led to succession of seismic changes across the industry, affecting air travel, accommodations, cruises, tours and more—an existential crisis for AquaVault. If they were to survive, they had to adapt.

“After spending years building relationships with our clients—hotels, theme parks, water parks and cruise ships—we were shaken,” says Kinas. The three partners realized they had to pivot.

Necessity as the mother of invention

Having met in college, the trio remained friends afterwards but with no inkling they would someday wind up in business together. What made them get involved in a travel-related  business?  “We stumbled upon it,” Kinas explains.

Previously, Kinas was a financial adviser at Merrill Lynch; Peck had started a commercial flooring business; and Samtani led a team at a private mortgage bank in Manhattan.

About ten years ago, the three met up for the weekend at the wedding of mutual friends in South Beach. On their first day at the resort, Kinas decided to go for a swim at the pool, placing his valuables in his shoe, and tucking them under his lounge chair. When he returned, they were gone. Within hours, he learned that he wasn’t the only victim that day.

“Immediately, a light went off,” says Kinas. “We knew we had come up with an idea that had significant potential.” They sketched a design on a napkin. “Our first call was to a patent attorney and our journey began,” he says.

In 2015, they left their respective jobs to build the company. Over time, they created a $26.5 million business, landing sought-after accounts with large retailers like Disney World, Bed Bath and Beyond, Bass Pro Shops, and others. They also expanded their product line to include other travel-related products including the PhoneVault, a biometric lock, and a waterproof phone pouch

The birth of the ChargeCard: Adapting to the pandemic

Kinas admits that they made plenty of mistakes along the way. “But we learned how to cut losses when needed,” he says.

When the principals saw their strongest first quarter take a dramatic downturn in 2020, they sat down to assess the overall landscape and figure out next steps. They began conjuring up ideas, returning to one having to do with cell phones, devices that have become so ubiquitous in people’s lives whether they are traveling, commuting, grocery-shopping, or walking or biking in their neighborhoods.

For their next more pandemic-proof invention, they came up with the idea of an ultra-thin, credit-card-size portable phone charger and aptly named it ChargeCard. “We have all been in situations when we are on the go and our phone is moments away from going dead,” says Kinas.

Housed in a stainless steel case, the charger comes with built-in cables for both iPhones and Android devices (USB-C, Lightning and Micro USB). The size is small enough (3.4” X 2.4” X 0.25”) and lightweight enough (3.5 ounces), thus making it easy and convenient to slip into a wallet, pocket or purse.

The product is travel-related but is just as practical for use closer to home. Building on the same finance and marketing skills, and production and B2B contacts that catapulted them to success initially, they clinched deals with hotels that plan to sell the charger to guests who have forgotten their charging cables at home or who need an extra charge when they’re not close to an electrical outlet. Some upscale properties plan to maintain a stash of ChargeCards for guests to loan them as a beach or poolside amenity. AquaVault also sells them directly to consumers online.

Kinas explains that even when you have a good product, competition is inevitable. In a global economy, somebody can always make it faster and more cheaply. “In a world where sixth gear is the standard pace,” he says, “you have to take time to step away from the perpetual grind and ‘recharge’ your own batteries.”

“When the times get tough, as they undoubtedly will, make sure you’re prepared to roll up your sleeves and weather the volatility because storms are inevitable,” he adds. ”Entrepreneurship is the furthest thing from a smooth ride or a predictable journey.”

Successfully riding out a pandemic also takes some moxie.

30% Of U.K. Small Firms Have ‘No Plans’ To Become Sustainable, Survey Finds