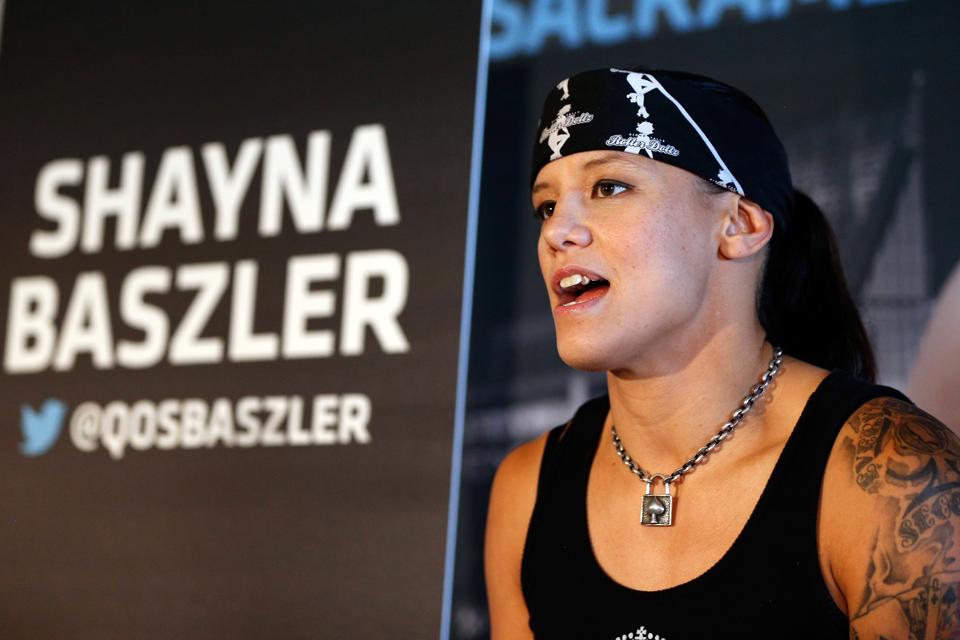 Shayna Baszler could be on WWE Raw soon.(Photo by Josh Hedges/Zuffa LLC/Zuffa LLC via Getty Images)

Shayna Baszler has been main-roster material for WWE for more than a year, and it appears her call-up could happen sometime very soon.

In fact, she’s a good bet to be an entrant in the Women’s Royal Rumble on January 26–and that’s if she doesn’t make an appearance on Raw before the promotion’s first pay-per-view event. At the latest, it would appear Baszler could make her presence felt on the episode of Raw or Smackdown after the Rumble.

Baszler is the former and longest reigning WWE Women’s NXT Champion, but she dropped the title to Rhea Ripley last month. This is usually what happens just before a star of Baszler’s caliber is elevated to the main roster.

In addition to that, NXT announced its own women’s battle royal for next week. The winner of that match will face Ripley for her title, presumably at NXT Takeover: Houston, the day before The Royal Rumble.

That’s a list of the biggest female stars in NXT, only Baszler wasn’t shown or mentioned. That’s odd.

“It’s interesting,” Meltzer said on WO Radio. “No Shayna, no Jessamyn [Duke], no Marina [Safir]. I mean it could be Jessamyn and Marina, but I’m sure no Shayna because if there was she would be mentioned. So I guess that means Shayna’s gonna be on Raw sooner than later. I always figured.”

Baszler’s arrival would almost certainly heighten the anticipation of Ronda Rousey’s return. With Duke and Safir, Baszler and Rousey make up the Four Horsewomen. All four women have roots in mixed martial arts, but have traded in those digs for professional wrestling careers. There has been a potential mega storyline in the making between that group and the WWE’s original version of the concept: Charlotte Flair, Becky Lynch, Sasha Banks and Bayley. At some point, it seems we’re destined to see that feud take form.

I wouldn’t expect Baszler, Rousey, Safir and Duke to be linked immediately, but don’t rule out some sort of team-up from Rousey and Baszler in the Rumble, if both women are entrants.