Breaking
Growing Your Retirement Money Using 401(k) Dollar-Cost Averaging
Wellness Exec Abby Miller Levy Partners With Venture...
Microsoft Teams Issues Strike To Zoom With Tidal...
What’s Coming For The S&P 500 In October
4 Ways You Can Showcase Empathy With Your...
A $22,000 Microsoft Surface Will Soon Be For...
Zooming In – Should SMEs Invest In The...
iOS 14: The Surprising Security Risk Of Sharing...
How A Break From Lord Sugar Changed The...
Sunday’s Google Doodle Is Actually About Google
Office Of The Comptroller Of The Currency Chief...
Source Code For Multiple Windows Operating Systems Publicly...
Why Forgettable Pfizer Really Is A Great Value...
Hot For The Holidays? Amazon Home Drone, Kid...
Best Small Business Loans
The FAAMG Stocks Drive The Markets
Home General Short Activist Hedge Fund Says Buy This Japan-Listed Cybersecurity Stock
General 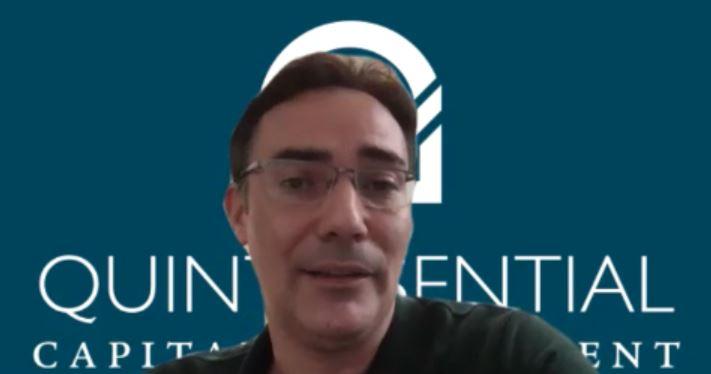 Gabriel Grego, managing partner at Quintessential Capital, is best known for his short-selling campaigns that have seen average returns of 83% over the last five years. He has now turned his attention to a stock that he thinks has been overlooked and poised to rally.

The company, Sun Corporation, is an Israeli cybersecurity business that trades on Japan’s JASDAQ Securities Exchange under ticker symbol 6736. Grego introduced the investment thesis at yesterday’s Contrarian Investor Virtual Conference in a presentation titled “A Hidden Gem in the Rising Sun.” While the company’s profitability “is still a little jumpy” due to its small size, “there is a very clear trend of very fast earnings growth, to 41% CAGR,” or compounded annual growth rate, Grego said during his presentation. QCM is attracted by this high growth rate and the high barriers to entry.

“It has a very strong activist investor base, which recently replaced both the board and executives — which were very conservative before — with a very investor-friendly team,” he said. Sun Corporation is trading at 1.4 times enterprise value to sales in an industry that in the U.S. trades at 5x or more. The company has sales and earnings compounding at 21% and 40%, respectively. “We believe this company at some point will probably be double-listed or spun off in a NASDAQ IPO,” Grego said.

The $469 million market cap company saw its shares sell off significantly during the height of the COVID crisis in March and April. “But it rebounded very quickly afterwards” and has since surpassed its 52-week high from Feb. 12.

Sun Corporation got its start in 1971 and was originally focused on electronics. It expanded to computers in the 1980s and to the gaming industry the following decade. It made a few acquisitions, including an Israeli cybersecurity company called Cellebrite that today supplies 75% of revenues. Clients tend to be “forensics, law enforcement, intelligence agencies, and the military.” A technology developed by Cellebrite gained notoriety in 2016 when Apple Inc. AAPL used it to crack a locked iPhone of San Bernardino killer Syed Rizwan Farook.

Cellebrite’s technology allows for the extraction of information from mobile phones, including encrypted, password-protected, or deleted data — a very difficult and complicated process. It does this in a way “that preserves the chain of evidence, so that the defense lawyer of the suspect will not be able to say in court that whatever compromising information was found on his [client’s] phone wasn’t implanted, for example by the police,” Grego said. Cellebrite’s systems allow law enforcement “to do all of this in a very smooth way, which can then be used in court” — which he said occurs on a routine basis.

At some point over the next 12 to 18 months, QCM anticipates a “value-generating move” such as the aforementioned NASDAQ listing, spin-off, or strategic sale. “The idea is that the company in itself has a very profitable core and is extremely undervalued, so one way or another the price will have to reflect that value,” Grego said.

Sun Corporation is not the first long position for QCM. It very often makes “very deep opportunistic value plays” or investments with opportunistic angles, Grego said on the call. Last May it presented one such idea, Allergan , at the Sohn Hong Kong Investment Conference. The pharma company was bought out by AbbVie in a deal announced three weeks after Grego’s Hong Kong presentation, at a 40% premium.