Breaking
Everything You Need to Know About Corporate Social...
Is Adaptive Leadership the Key to Motivating Employees?
Why business events are set to return with...
Business events set to return with a bang!
Expanding Internationally: 5 Things to Consider for eCommerce...
How the Machine Shop Is Going Digital in...
Sustainable Food Packaging Is Helping the Hospitality Sector...
Top 5 Investment Practices To Make More Money...
Managing IT Requirements for SMEs: 5 Aspects that...
How To Build a Successful Luxury Brand In...
Finding The Best Google AdWords Consultant for Your...
8 Top Tips To Help Your Agricultural Business...
Three Reasons Why Office Décor and Design Are...
Looking To Improve Efficiency In Your Business? Here’s...
AI and machine learning for business
How Social Media Changed the World
Home Business Showtime’s New Comedy Series ‘Work In Progress’ Highlights Our Hidden Similarities
Business 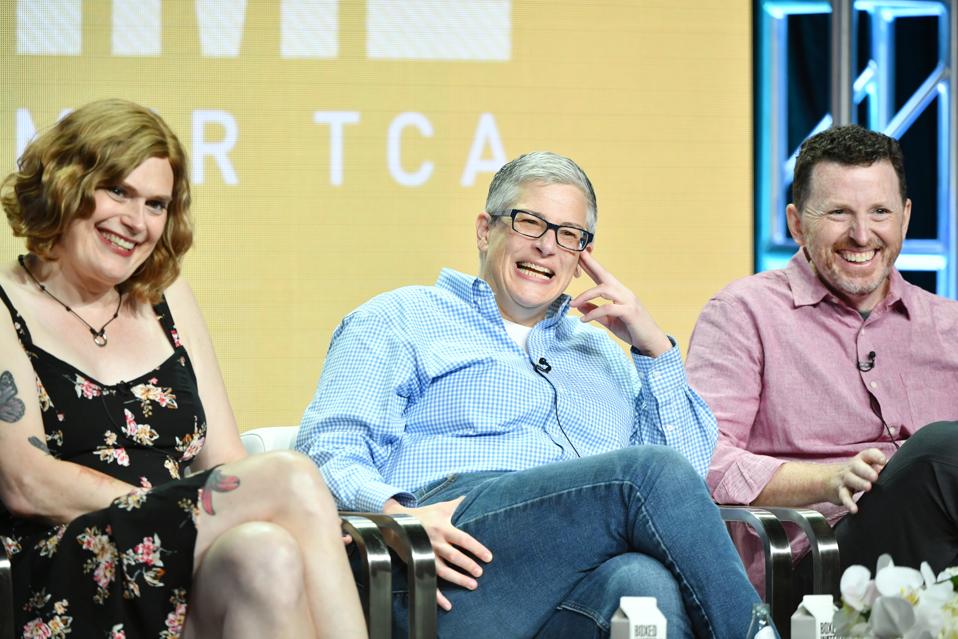 Chicago improv personality Abby McEnany has been improvising and telling stories for decades. On December 8th, she’ll be sharing her story, albeit a fictionalized, semi-autobiographical one, with a larger circle when the Showtime series Work in Progress premieres.

“We originally called it like a coming of age story of a 45-year-old queer dyke,” said McEnany in a recent interview about the show and the character Abby, portrayed by McEnany. Karin Anglin and Celeste Pechous co-star, with Julia Sweeney appearing as herself addressing a little SNL history. Theo Germaine guest stars as a central figure in Abby’s journey.

Created by McEnany and improv colleague and Second City fellow alum Tim Mason, and co-written with Lilly Wachowski (The Matrix), the LGBTQ+ comedy series airs at 11 PM ET/PT on the heels of The L Word: Generation Q premiere, the network’s sequel to the 2004-2009 drama series The L Word.

Work in Progress grew out of McEnany’s Chicago-based one woman show. The project, acquired by Showtime after its well-received Sundance pilot premiere, tells a complicated story of a unique woman. With comedy writers at the helm, a difficult storyline becomes a fascinating one by blending humor around sadness and struggles, showcasing the ordinary and the ridiculous we have all experienced like Abby’s classic Costco-inspired co-worker, proof that life offers up lots of material for laughs.

No one is sugarcoating the storyline of Work in Progress. A ViacomCBS/Showtime release calls the character’s life a “finely-crafted cocktail of depression, OCD, queerness and anxiety” characterized by “a quiet and perpetual crisis.”

The first episode addresses depression, suicide, death, fat-shaming, co-worker insensitivities, LGBTQ-specific discrimination and negative social attitudes, bullying and social comparison. “I’m surrounded by people who are like full selves and I’m like this building that’s been delayed. I’m that building,” says the main character trying to describe her feelings of inadequacy. It is this honest vulnerability that puts you in Abby’s corner.

McEnany is open about her gender non-conformity and associated experiences. She is equally open about mental illness, her history of depression and anxiety and her self-loathing associated with weight struggles, all issues that are addressed in the series.

“I just wanted to show that like there’s no shame in being mentally ill,” says McEnany who notes that she was fortunate to have parents that supported her in seeking treatment for her depression and anxiety as she learned to recognize that mental illness is a health issue like any physical health issue.

“I just kind of want to show that…just because your brain works different than the person next to you, [that] doesn’t make you bad.”

Abby showcases that perfectly, a quirky character who is extremely easy to like, she brings out a viewer’s protective instincts.

While the series might be unsettling for those uncomfortable with sexual-based content or content that challenges traditional gender roles and relationships, the sensitive storytelling is noteworthy and capable of creating an important dialogue that will likely educate beyond the series.

McEnany, Mason, and Wachowski serve as co-showrunners, their distinctly different life experiences producing the kind of comprehensive balance that a potentially groundbreaking show must endure to insure its message is heard and reach maximized.

Says Mason, who also directs the series, “We come from three completely different point of views. Abby, to use her words, is a ‘queer dyke’. You know, Lily is a trans woman and I’m a straight white cis [someone who exclusively identifies as their sex assigned at birth] guy. So for me, I think I want to, you know, truthfully depict Abby’s life as she encounters it every day. And there’s an episode that we deal with that’s solely about having experiences in bathrooms, which when we opened up that story and just to realize the day to day struggle of just using a public bathroom, something that I never think of in my life. I very much want that story to be depicted in a way that educates through entertainment to people like myself who have so much privilege and so much entitlement that it never even occurs to me that that would be a struggle every day.”

McEnany realizes the importance and ground-breaking nature of sharing her story. “I don’t think there are a lot of people, you know, that look like me on TV,” she explains citing her age, weight, masculine wardrobe choices, and lack of makeup.

“My goal of this show is to hopefully provide people who feel that they live in shame for any reason, sexuality, gender, you know, mental illness, weight, age, whatever it is, that they can start to see a life without shame. That’s a lofty goal and I’m working on it myself.”

But as different as the character of Abby may be, she is also funny (Her idea of the perfect nephew birthday gift will crack you up.), friendly and fragile and every day she is hit by the bullies, real and imagined, that so many face and/or fear. Abby reminds us that we all want to be safe, loved and valued. Work in Progress reminds us that sometimes it takes someone completely different from us to highlight the fact that at the core of it all, we look a lot alike.

Watch a teaser from Work in Progress.

Do You Have Weekend Warrior Syndrome? Here Are Some Tips To Help