Home Technology Sick Of Earth? Here’s How To Apply To Be A Future NASA Astronaut
Technology

Sick Of Earth? Here’s How To Apply To Be A Future NASA Astronaut 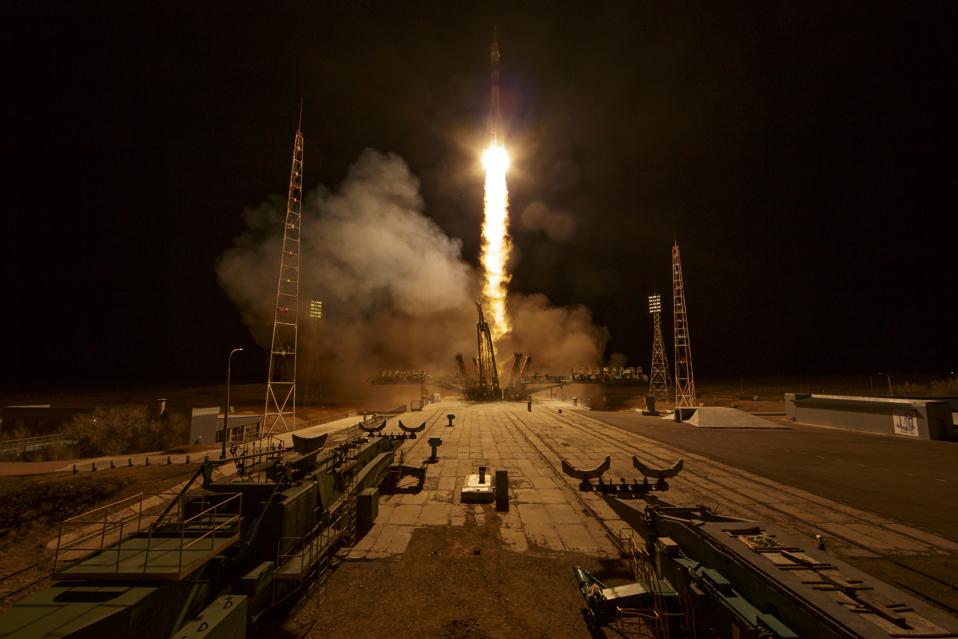 I know what you’re thinking: stop this planet, I want to get off! Well, thanks to NASA, maybe you can do just that (while earning up to $161,141 per year to boot). The venerated space agency is currently looking out for astronaut candidates, and anyone with relevant expertise can sign up. But be quick – the deadline is March 31st of this very ridiculous, pandemic-riddled year. That’s tomorrow!

If you think you have the background and the gumption to be a future astronaut, you can submit your application here, via USAJOBS. Be warned, though: it is listed as a full-time job, so if you were hoping to juggle your burgeoning career as a painter while part-timing it in space, you’re out of luck.

You might be wondering what on Earth it takes to become a space farer. Don’t fret, you don’t actually need to be a fighter pilot, as is commonly assumed. In fact, it’s just as useful if you happen to be a scientifically minded individual. Here’s what you need to possess if you’re keen to sign up. 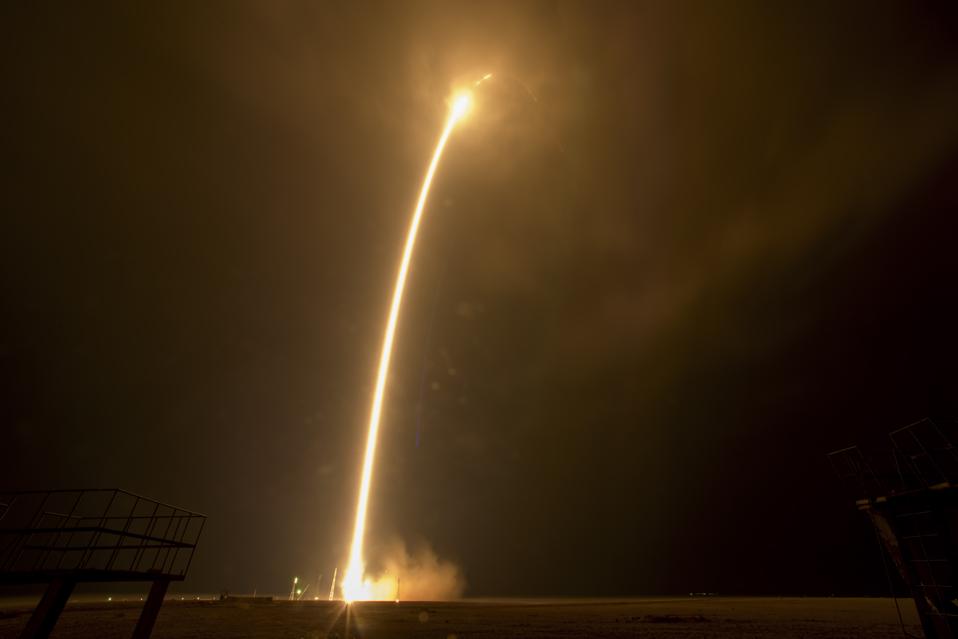 The Soyuz MS-12 spacecraft is launched with Expedition 59 crewmembers Nick Hague and Christina Koch … [+] of NASA, along with Alexey Ovchinin of Roscosmos, Friday March 15, 2019, Kazakh time at the Baikonur Cosmodrome in Kazakhstan. (Photo by Bill Ingalls/NASA via Getty Images)

You need to be a United States citizen in order to gain entry into the Astronaut Candidate Program. Sorry, everyone else – perhaps your own country has its own space program? Might want to check with them first.

If you happen to be a pilot, you need to have flown at least 1,000 hours in command of a jet aircraft. This is normally collected during military service, but apparently any type of flying experience, including in the private sector, is useful. If you are due to be handed a certificate for completing a US-recognised test pilot training program by Jun 2021, that counts too.

If you haven’t taken to the skies in this manner, then you need a good level of scientific education. This requirement can be met in many ways: a master’s degree in a science, technology, engineering and/or mathematics subject; two completed years of work in a PhD program in a related scientific field; a medical doctoral degree; or a degree in osteopathic medicine.

Interestingly, and rather pleasingly, NASA has this to say regarding the specific choice of degree: “We would not recommend one over another or specify which might be more appropriate in the future. You should choose a field of study that is of interest to you; this will ensure that, whatever course your career takes, you will be prepared to do something that is personally satisfying.”

As you might expect, you have to be in decent physical and psychological shape in order to pass NASA’s multi-year-long gruelling gauntlet of tests. At the very least, you have to be able to squeeze into a NASA spacesuit, something that you’ll be measured for during the next phase of the selection process should your initial application go through. You don’t have to have 20/20 vision without glasses, so long as you agree to use said spectacles (or contact lenses, presumably) during your space-based shenanigans. If you have had corrective eye surgery, you must have waited at least a year post-op to make sure it succeeded without any negative side-effects.

You must be willing to learn other languages: Russian, in this case. As much of the current launch architecture involves the Russian state, and as the International Space Station has Russian modules, operations and the occasional cosmonaut, all astronauts that want to hang about in low-earth orbit’s primetime accommodation must learn to read, write and speak Russian. You don’t have to learn it up front, but it helps: this intense language course forms a mandatory part of NASA’s Astronaut Candidate Program.

There are no age restrictions for this program, so if you happen to be a particularly overachieving adolescent with high hopes, go for it! The youngest astronaut to make it through the program was 24; the oldest, 46. That makes the average age 34, just in case you were wondering.

So – do you fit the bill? If so, why not sign up? You can find more details about the application process here. 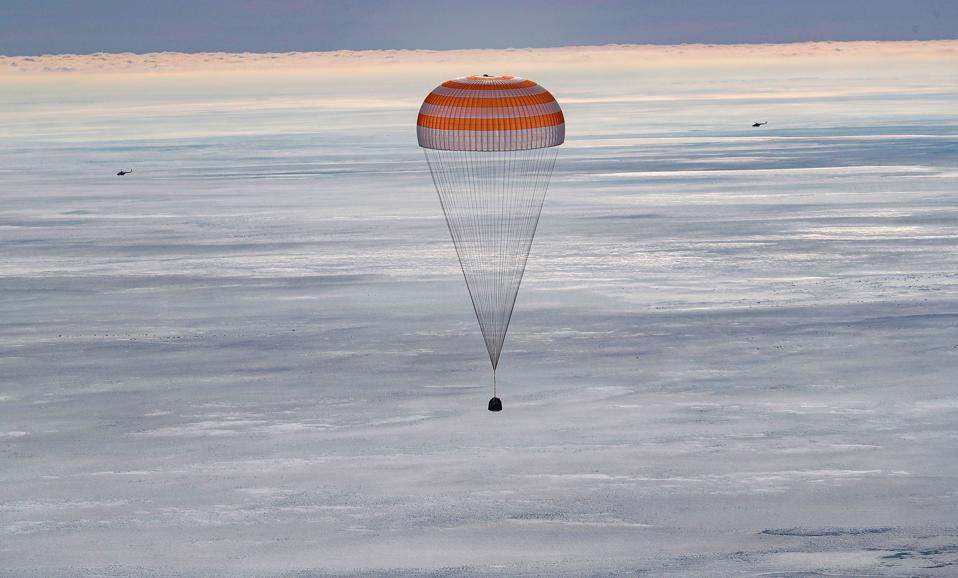 The Soyuz MS-13 capsule carrying the International Space Station (ISS) crew of NASA astronaut … [+] Christina Koch, Russian cosmonaut Alexander Skvortsov and Luca Parmitano of the European Space Agency, descends beneath a parachute before landing in a remote area outside the town of Dzhezkazgan (Zhezkazgan), Kazakhstan, on February 6, 2020. (Photo by Sergei ILNITSKY / POOL / AFP) (Photo by SERGEI ILNITSKY/POOL/AFP via Getty Images)