Breaking
What You And Your RTO Business Need To...
4 SEO Trends for Websites You Should Not...
3 Reasons Why Desk Booking Is Rising In...
8 Tips to Play & Win at Online...
How can software benefit facility management?
Do Professional Casino Players Pay Taxes for the...
Becoming a Trading Expert: What Is the Best...
Dos and Don’ts for B2B Organisations in 2022
Should your business be using Machine Vision?
Colour Masterbatch vs Raw Pigments – Which Is...
Keeping your business moving as you expand online
Top Four Celebrities Who’ve Invested In Cryptocurrency
Why is Cloud Computing Tipped to be the...
How to Raise Money for Non-profit Organizations in...
Choosing the right theme for your WordPress Business...
A Guide to Using Celebrities to Promote Your...
Home Technology Silicon Valley Investors Are Bonkers For European Startups
Technology

ndex Ventures partner Danny Rimer always planned to move back to London from Silicon Valley. But when Rimer returned to England a year ago after seven years establishing Index’s U.S. foothold with stakes in companies like Dropbox, Etsy and Slack, he had company: investors from U.S. venture capital firms Benchmark, NEA and Sequoia were also appearing at startup dinners, leading deals and even looking to open offices.

“We’ve always been surprised at how our U.S. peers flew over Europe,” says the Canada-born and Switzerland-raised Rimer, 49, who opened Index’s London office in 2002. As a full-time European resident again, he debuts at No. 3 on the 2019 Midas List Europe, thanks to multi-national investments including Discord, Glossier, Farfetch and Squarespace. Rimer says he watched as investors flocked to pour money into India, China, and Latin American countries, instead. “A very successful Welshman talked about Europe being a museum,” says Rimer, alluding to billionaire investor Michael Moritz, the Sequoia partner and Google and Yahoo investor who moved from Wales to Silicon Valley decades ago. “Now his firm is all over the geo looking.”

More money is flowing into European tech than ever, and it’s increasingly coming from venture capital’s elite U.S. firms. European startups are likely to receive a record $34.3 billion in investments this year, according to investment firm Atomico, with 19% of funding rounds including an American firm, double the portion when Atomico started tracking in 2015. Those American investors will account for about $10 billion, or nearly one-third, of the total amount invested.

American interest in European companies isn’t new: Palo Alto, California-founded Accel opened a London office nearly twenty years ago, and other firms followed suit. But many retreated in subsequent economic down cycles, says Philippe Botteri, No. 6 on Midas List Europe. Botteri, a French citizen, started his venture career at Bessemer Venture Partners in San Francisco and joined Accel in London in 2011. The years leading up to the U.S. firms’ return witnessed a global economic crisis, while access to customers, engineering talent and programs like startup accelerator Y Combinator drove a host of European founders, such as Stripe’s Collison brothers, to relocate to the U.S. Considered a splintered market with regional regulations and languages, Europe faced a fresh hurdle with “Brexit,” when the United Kingdom voted in a 2016 referendum to leave the European Union, a process still ongoing. Its ruling body, the European Union, has made an anchor policy of challenging big tech companies on how they use data.

Blossom Capital founder Ophelia Brown says she was met with incredulity when, as a young investor at Index Ventures between 2012 and 2016, she visited West Coast counterparts and described the opportunity in European tech. “Everyone would push back: Europe was a little travel, a little ecommerce, a little gaming,” she says. “They felt there was nothing of substance.” In 2017, when she set out to raise Blossom’s first fund, many U.S. investors told her the opportunity for new firms seemed greater in the U.S. and China. Just two years later, Brown says she now hears from institutions asking how to get more exposure to Europe’s startup scene.

What’s changed: A mix of high-profile public offerings such as Adyen and Spotify and a maturing ecosystem that’s made it a much easier draw for U.S. firms, facing intense competition at home, to risk millions in Europe. Spotify, the Stockholm-based music streaming service that went public via direct listing in April 2018, and Adyen, the Amsterdam-based payments company that went public two months later, have created nearly $50 billion in combined market value. The IPOs of Criteo in Paris and Farfetch in London have also produced a network of millionaires primed to write “angel investor” personal checks into smaller tech companies. Today there are 99 unicorns, or companies valued at one billion dollars or more, compared to 22 in 2015, according to Atomico’s data.

“The question used to be, can Europe generate a $1 billion outcome, and then you had Spotify and Adyen creating tens of billions of market cap,” says Botteri, who notes that winners are also coming from a broader base of cities in Europe – 12 hubs, not all from London and Tel Aviv. (As on the Midas List Europe, European investors often include Israel’s tech-heavy startup scene.) “Now the question is, can Europe generate a $100 billion company? And my answer is, just give it a few years.” 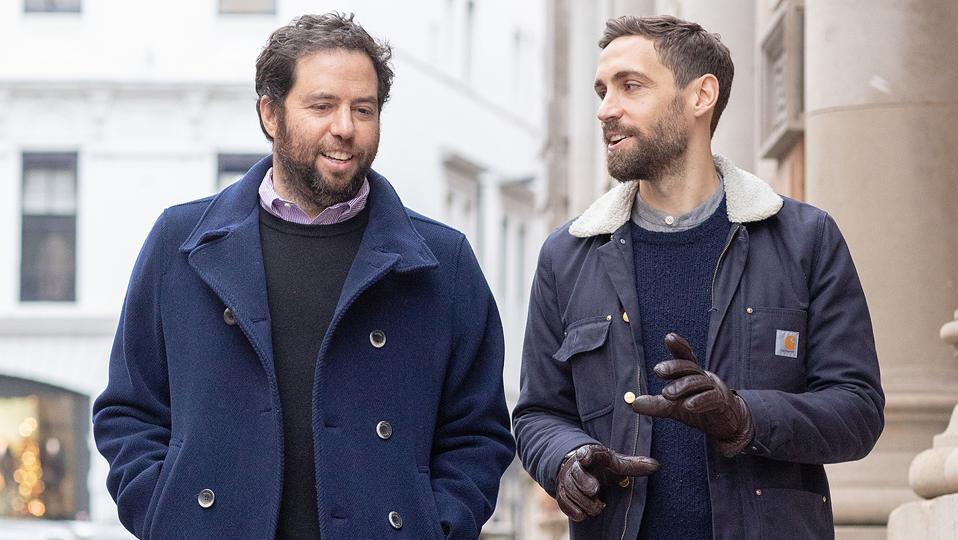 Investor Danny Rimer recently rejoined his partner Martin Mignot in the London office he once helped launch for Index Ventures after joining the firm in 2002.

For startups in far-flung places like Tallinn, Estonia, where Pipedrive was founded in 2010, or Bucharest, where UiPath got its start, the influx of U.S. venture capital counts for more than just money – it means access to former operators who helped scale businesses like Facebook, Google and Slack, introductions to customers in New York or executive hires in San Francisco. And with their stamps of approval comes buzz that can still kickstart a startup’s brand recognition, investors say.

But they also come with a risk: heightened pressure to deliver, board members who may be 5,000 miles away, and potentially overheated valuations that can prove onerous should a founder misstep. Sarah Noeckel, a London-based investor at Dawn Capital and the publisher of women-in-tech newsletter Femstreet, has tracked a number of recent seed-stage deals in which a U.S. investor swooped in with an offer too rich for local alternatives to match, for companies that sometimes haven’t sold anything yet. “I think there’s little validation at this point how it actually plays out for them,” she says.

For the U.S. investors, there’s a clear financial incentive to “swoop in.” On average over the past year, one dollar’s worth of equity in a European startup in a Series A funding round would have cost $1.60 in the U.S. for a comparable share, according to the Atomico report. Investors insist that for the most in-demand companies in Europe, such as London-based travel startup Duffel, which raised $30 million from Index Ventures in October, prices already match Silicon Valley highs.

All the more reason that as U.S. investors hunt in Europe like never before, they’re doing so quietly. Though Lightspeed Venture Partners announced its hiring of a London-based partner, Rytis Vitkauskas, in October, other U.S. firms have been on the ground without advertising it publicly. Leaders from NEA, with $20 billion in assets under management, passed through London in recent weeks on a venture capital tour as the firm plans to invest more heavily in Europe moving forward, sources say. Sequoia partners Matt Miller and Pat Grady, meanwhile, have been spotted around town meeting with potential job candidates. (Sequoia’s never employed a staffer in Europe before.) NEA and Sequoia declined to comment.

“Everyone would push back: Europe was a little travel, a little ecommerce, a little gaming. They felt there was nothing of substance.”

Many more U.S. investors now pass through London; some even stretch the meaning of what it means to visit a city through months-long stays. “I always used to have to travel to the West Coast to see friends that I made from the show,” says Harry Stebbings, who has interviewed hundreds of U.S. venture capitalists on his popular podcast, ‘The Twenty Minute VC.’ “Now, every week I can see three to five VCs in London visiting.” For the past several months, longtime Silicon Valley-based Accel partner Ping Li has lived in London with his family. Asked if he’d moved to the city without any public announcement, Li demurred – “I would argue that I’m spending a lot of time on British Airways,” he says – before insisting he plans to return to California in three to six months. “I don’t think you can actually be a top-tier venture capital firm without being global,” he says. Firms without plans for a permanent presence in London are creating buzz among local investors, too. Kleiner Perkins investors Mamoon Hamid and Ilya Fushman have been active in Europe recently, they confirm. Benchmark, the firm behind Snap and Uber, invested in Amsterdam-founded open-source software maker Elastic, which went public in 2018, and more recently London-based Duffel and design software maker Sketch, based in The Hague. “Europe’s just more in the spotlight now,” partner Chetan Puttagunta says.

Against the backdrop of Brexit, the inbound interest can feel like a surprise. London-based investors, however, appear to be shrugging off concerns and hoping for the best. “In and of itself, it means nothing,” says Index Ventures’ Martin Mignot, a French and British citizen investing in London and No. 7 on the Midas List Europe. “The only real question is around talent, whether it’s going to be more difficult for people to come and work in London, but how difficult that is remains to be seen.” Or as his colleague Rimer quips: “Having spent seven years in the U.S., I don’t exactly think the political climate of the U.S. was necessarily more welcoming.”

When Rimer attended the Slush conference, a tech conference of 25,000 in Helsinki in November, he brought along a guest: Dylan Field, the CEO of buzzy San Francisco-based design software maker Figma. If Field were European, Index would be leading him around Silicon Valley; instead, with 80% of Figma’s business outside of the U.S., Rimer wanted Field to experience the energy of Europe’s tech community first-hand. Explains Rimer: “It’s just a reflection of the reality today.”